If you made your game using the Godot engine, please post it below, we would love to see it !

It's an action arena game with only one  action! And you can play in your brower.

We made ours with Godot! Sort of a puzzle/dungeon crawler but you crawl all dungeons levels ("planes of existence" in our game) at once.  https://itch.io/jam/gmtk-2019/rate/463271

Showing Godot some love and support ? Count me in ! Here's One Jump Ninja, my fast paced platformer where you need to constantly regain your ability to jump. https://itch.io/jam/gmtk-2019/rate/463256

I guess that was pretty short haha. Still, it was a good game. You could take the concept further and make some intersting thing with that in the future for sure !

I'm here for the Godot crew! I made a top-down game where you have to exit a dungeon, but you can see only one thing at a time!

We used the 3.1 version for the first time, loved the new Animation Editor and so on.

And it has Linux builds, of course!

It is a fishing game! You control the bait with only one button. And you want only a certain fish... and it appears only one time! Patience, skill and beautiful art! :D

In fact, we encourage you to download and check the native builds. The WebGL (sometimes) gives weird things with the music.

loved yours and reviewed it

if you want to check our, it is a bit rough around the edges but the game design is good

Its an arcade shooter with only one bullet, kind of

Godot is amazing. For many, if not most small indie devs it may very well be THE best engine out there, especially for beginners.

Mine was made with 3.1.1 It's a 2D Puzzle-Platformer about a little blue guy liberating his blue homeland.
You need to secure all positions quickly before any of them is lost again!

These have been a couple of funny days, it's my first game but I really love work with Godot!

Here's my little game submission made with Godot: One Click Sandwich Hero

I look forward to playing all your Godot made submissions! :)

Just picked up Godot a couple weeks ago. The game I made is essentially my first game (that isn't a direct clone of something like pong) so I'm kinda proud. Hopefully for my next game I'll be able to polish it up a bit more!

I'll definitely be returning to this thread after work tonight really excited to see what you guys all did with the engine. I don't have anything to compare it to but it seems pretty great to me.

Here is my submission: Blind as a Bat

Yeah, made my first puzzle game during this gamejam. Really happy how it turned out.
If you want to give it a try, it's playable in the browser: https://njamster.itch.io/wonkey

It's a minigame collection similar to WarioWare where you only use one button.

Which button would you press? :~)

Made using Godot. First time using the 2D engine, it was so good!

Give me some feedback !!! I need to improve, thanks!

it looks extremely polished how many were you working on it, and how the game jam went down on your side ?

It's a solo project, I worked alone on it. I should try to team up next time. The gamejam was so intense. I slept until 12am the first day after having the idea of what to make (only one room so you have to protect it). Then it was 34 hours of straight gamedev. I started by working on pixelart character and tileset. Then I used godot and the great GDquest tutorial on tilesets to make my first tilemap. Only then I added my character. I wasted some time working on the aiming visuals (arms angle etc.). I added some collision shapes and made some sort of physics "engine" and controls for my character, and I had myself a platformer already (first tryable thing so I was happy). Then I proceeded with the shooting and destructible walls mechanic. I took several hours to work on the enemy, it was so hard to get it right, make them crawl on walls and ceilings etc. I then made them killable. Created a spawner object. Added the mechanic to spawn spawners when destroying external walls. At this point the game was playable, but it was not that funny and there was no endgame. I tried to add shaders but did not manage to. I then added the concept of torch and dynamic lighting (so easy to do with godot!) to make the game more spooky. I tried to take a break by working on the logo of the game. After that I had to include it in the game so I made the intro scene that I continued to improve till the end. I needed to animate my character, so I coded leg and body animations (a lot of sin, cos and sawtouth functions), it was so hard to get it right. To add variety, I tweaked colors of monsters randomly. Then I added red bomb monsters because the gameplay was lacking a way to open walls even if you do not shoot. It was quite hard to make but opened the way to make more type of monsters easily. That's why I quickly added yellow monsters that grow. I removed the ability to jump of red and yellow monsters making it a distinctive ability of green. At this point I was feeling bad because I had no sound no music and not much time left. I decided to make an endgame instead. With that I playtested it a little (not enough since the final build is not really balanced but eh...) an submitted it 20 minutes before the end.

I'm really proud of what I made, my only regrets are that i should have gone more crazy with the theme, and I should have worked less on polishing visuals to make room for music/sound creation. A post-jam patch will fix this lack of sound for sure ;)

Wow sorry for this wall of text, but that's my full experience of the jam, feel free to ask questions or give feedback ;)

I made a arcade fishing game with my brother

the art is trash but the design is good  we change project mid way through so there was a lot of polishing that was done, if it get good feedback I might make a more complete version

if you wanna check it out:

Hey we also made our entry using Godot 3.1:
https://black-mamba-studio.itch.io/mocho-vs-mostros

Thank you for made this list! I'll play all the games here :D

Awesome work everyone! It's great to see so many quality Godot jam entries this year :)

Edit: I made an itch collection with all entries in the Twitter thread, this itch thread and a few others I found on Discord, Reddit or Twitter: https://itch.io/c/588258/godot-games-in-gmtk-jam-2019

This is mine https://mrcdk.itch.io/only-one-finger-driver-mark Using Godot 3.2 dev. The source code is in the description :D

In Apple Hunting, the player needs to shoot just one flying apple with an arrow to continue their streak!

This one's mine, made in Godot 3.1. It's a platformer, where you need to complete 1 level in 30 seconds, 30 times and each time there are more keys to collect.

ooh I've been interested in Gadot but didn't sink my teeth in yet. I'm definitely gonna play the games on this thread!

Also used it, it's an awesome tool ! 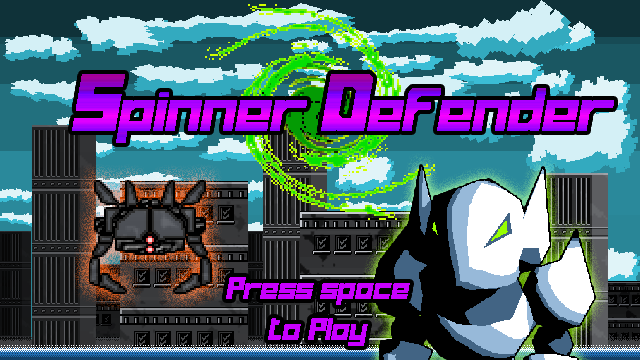 My first decently complete Godot creation. I enjoyed how simple it was to make this with the AnimationPlayer. https://itch.io/jam/gmtk-2019/rate/461216

Hands down my favourite engine, is just so good, and the updates are always something I look forward to, because they usually solve issues I found with it.

If you read this and you haven't tried it, go right now and try it. Now it has C# support, I think. I use gdscript.

Really, really happy with it. Have I mentioned it's free? And that's a great price!!!

Oh, with the excitement I almost forgot:

We made a slav driving game with unorthodox controls
https://le-von.itch.io/donkbass-drifter 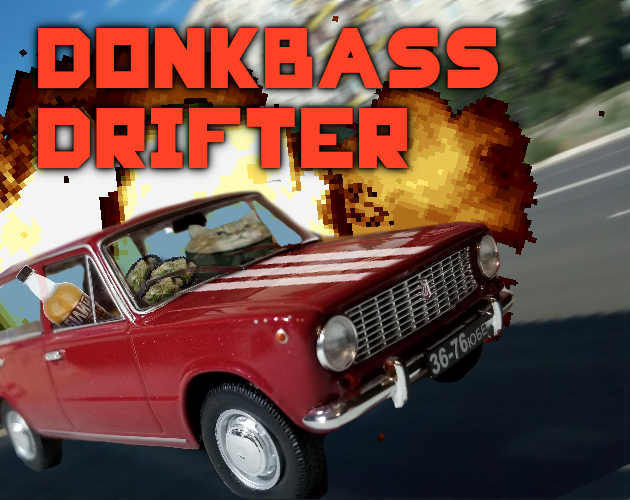 Here's my time-attack platformer, you have a missile launcher which can only hold one round.

Almost my first game in godot. I like how it works with pixel art and low res.

Here's mine made using Godot 3.1 https://felixnemis.itch.io/crate-buddy
A short puzzle platformer where you only have one crate

It is my first real game using godot engine ,the transition from game maker was easy , I had good time doing this jam and I learn a lot .

It's a puzzle game (technical a puzzle platformer but more puzzle than not.)

Alibi is a one minute murder mystery that challenges your memory and deduction skills. Set in a small, sleepy town, you play as a detective investigating the case of a missing girl. The aim is to narrow down the suspects while trying to avoid revealing your investigation, so you can ask only one question to each suspect. Find out who doesn't have an alibi until there's only one person remaining. Oh and the detective is also trapped in a self aware time loop, so any items you find will be reset between loops, but the information you gather will remain. This was our first game and we certainly learnt a lot! This jam really made me appreciate Godot's awesome design.