Arcade game inspired by Polybius
Submitted by Hik — 1 day, 3 hours before the deadline
Add to collection 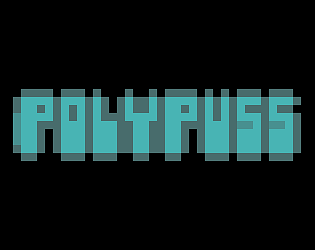 That was neat! But difficult as some other people have said, haha. I think JoshGrams basically covered my thoughts. I like the graphics and the colours and the sounds!

Submitted
Swingin' in the rain
LikeReply
tripanazogambiyetsizSubmitted2 years ago(+1)

It took  a while to learn but it kept me in game with sound effects and good souns effects. I even could not understand at the beginning if i should let them go in, or should not. The sound they make when they hit the core felt like i should let them in. Good game overall.

I could definitely feel this re-programming my brain as I played it. I know this, because it took me ages to figure out the mechanic, but I still enjoyed it nonetheless. ^^

I like how the game looks, it has some mysterious vibes.... or may be because I couldn't understand it. Well, I understood that "Green good, Red bad" but it seems that spamming the shoot button was allowing me to score so I kept doing that. However, I like that idea that the player can only exist at 4 points in space and teleport between them, I wonder if this concept can be expanded upon.

I didn't really understand this game? Didn't seem to take any damage from anything, and there didn't seem to be any way to win either. The best way to rack up a score seemed to be to just spam the shoot button from any direction.

Did I miss something?

Submitted
Only One Recruit
LikeReply
PablohrdzSubmitted2 years ago(+1)

I got better at this game once I got the hang of it. However, I felt that the green shots have too much random deviation, and so around 50% of them would not even go close to target. Thus, I found myself spamming the green shots all the time, instead of calculating my shots and trying to move the inner + outer shields to bounce the green dots into the shield.

Submitted
The Only Juan: The Adventures of The Jelly Knight
LikeReply
GameDevToolmaker2 years ago(+1)

Awesome concept and implementation!  ... this would benefit more from particle effects ..

Submitted
One Spear, One Kill
LikeReply
Zyga2 years ago

I'm not a huge fan of this personally, I got about the same enjoyment from spacewar singleplayer, but at least that has gravity. It's just not really fun, theres not much of an interesting concept to work with here other than the name.

Neat game. Very difficult to keep track of the shields, but cool!

This one is extremely tricky! Nice concept!

Feels a bit mind-bending to control properly! Oddly, we found the most success by keeping the middle shields still, holding W and jamming on the space bar. Red dots rarely get in to the center, even without much deterrence, for a little while. Sooner or later, though, there'll be a big ol' swarm; while seemingly impossible to intentionally deflect, it's sort of pretty to just watch it unfold.

Submitted
All I Need Is Explosion
LikeReply
HikDeveloper2 years ago

The godot "accept" button apparently also means spacebar, not just enter
A little pro tip is that the green shield can affect the outermost shield
My top score on this is 200 I think, I wonder if someone can do better

I found this extremely difficult. Interesting idea but I think it needs more build-up or tutorial (I know, game jam time limitations). But maybe even having it start out with more focused waves of bullets instead of jumping right in to having them come from lots of directions at once? Since Godot lets you animate any property, my brother has used animations with tracks for things like particle spread and direction, emitter position, and so on. That technique makes it really easy to build a difficulty progression over time.

I think two sets of left/right keys (like A/D for one shield and left/right for the other) might have worked better for me than trying to do it all with one hand (left/right up/down) the way it is now? I had trouble with the up/down for rotation.

Sometimes the red dots went straight through the shields. I'm not sure if that was intentional or just Godot's buggy physics, but it was confusing.

Nice concept though. I'll have to come back to it after the rating period when I have more time to practice the mechanics.

Yes, the red bad dots going through the shields is a strange bug which I wasn't sure how to fix even as of this point. But its possible to deflect them by moving the shields even if they seem to be going through, so the bad effect of the bug can be remedied in that way. Ideally it shouldn't happen and I'm still figuring out a way to fix it. The bad dots were in part coded by a friend so that's why the bug persists.

Can you explain how the game fits the theme?

Alright thanks for the explanation. I found the game to be quite difficult to control. Though it was good that arrows indicated were the next wave would come from.

That's not how it works. The arrow (when holding down a button) lets you shoot out the green good dots at the center for points.
When the screen is emptied of red bad dots, new bad dots get spawned (which you could call a wave) that's when the difficulty goes up.