The Only Juan: The Adventures of The Jelly KnightView game page

Outsmart your enemies by using their own powers against them in this puzzle-action top-down shooter!
Submitted by Pablohrdz, alvaroh, Rexus, Eric — 5 minutes, 19 seconds before the deadline
Add to collection 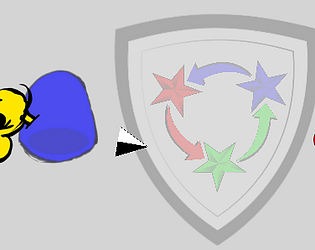 The Only Juan: The Adventures of The Jelly Knight's itch.io page

Ranked from 82 ratings. Score is adjusted from raw score by the median number of ratings per game in the jam.

I LIKED IT TOO MUCH

Got confused at first, but once I got the hang of it, I loved the puzzle element of it.
My confusion came from the fact that I got the first shot right by accident  and did not know I had to climb the ladder.

Great feedback! We're working right now on fixing those issues. We definitely want levels that intuitively teach the player the core mechanics, rather than coming across as mere accidents.

The Jelly Knight will be forever in your debt, bold hero!

Playerd it, lLiked it, rated it.

Onto critiques: It takes a while to understand what is happening with the mechanics. Since the enemies are stationary moving around to hit them from the right angle felt more like I was cheating the game than solving a puzzle since the number of moves is softly demanded instead of limiting every level to 1 move and design the levels so as to have difficult angles and positions to shoot from.

Thanks for playing our game! We have noticed it's hard to understand the mechanics at first, we are considering better levels at the beginning to introduce the mechanics and replacing the colors with something more intuitive (like rock-paper-scissors).

It is interesting that it felt like cheating, we definitely want to avoid that as we keep developing this game. Thanks for the feedback and for saving the Juan and only Jelly Knight

Beat it! Took me until the last level to realise the rock-paper-scissors thing, I was just trying every colour up until then randomly. Should've read the description more carefully!

You can fire as many times as you want, so even though there is a higher score for shooting only once it doesn't feel like it's integral to the design of the game. Without the high score for one shot, the game is pretty much the same.

Also, since the bullet despawns on hitting an enemy, there's no way to complete levels with 2+ enemies in a single move. Or am I missing something?

Submitted
Only One Recruit
LikeReply
RexusDeveloper2 years ago (1 edit) (+1)

Thanks Joe! The "only one" was more around being able to take one hit and enemies only having one weakness, which fit perfectly with being able to absorb one projectile and then the rock-paper-scissors mechanic for one weakness. Being able to finish every level with one shot was something we added in the end as a sort of easter-egg

There is a way to complete that level with a single move, if you get hit with a color that you would beat, you reflect it back, so you can use your enemies' bullets against them ;)

Thank you for playing our game! If you have any more feedback let us know, we would greatly appreciate it

A pretty original puzzler based on a concept 'one bullet' and 'one colour'. With interesting levels and firne music.

Submitted
One Spear, One Kill
LikeReply
RexusDeveloper2 years ago

Thank you for saving the kingdom, brave and tricky Fat Cat, the Jelly Knight will forever be in your debt

Took me some time to see the ladder ; else, nice take on rock-paper-scissors. It forces to think about where you're gonna send the bullet and where it's going to bounce. Interesting that medals are, somehow, lifepoints. I'd love to expend on that idea myself!

Thanks for the feedback 21st! We do need to make the ladder more obvious or think of a better progression mechanism. My roommate tried your game and stayed up all night trying to figure out how you were managing to keep the same word in his computer even after deleting the file, reinstalling and restarting his computer, it was great haha

The Jelly Knight will forever thank you for your heroism!

Tell him not to get sleep deprived! It's not worth it, hihi!

I like the concept! I think the movement could be using full WASD though, taking effort from movement and allowing to aim more easily without screwing up your position. Good job!

Thank you Jannik! We originally used the mouse to prototype faster and ran out of time to set up a more decent way of moving 😂. We do need to work on better controls, thanks for the feedback! Any other suggestions for our next iteration?

The Juan and only Jelly Knight will forever be in your debt, brave warrior

I liked this game! It makes your mind work and I love that you don’t take so much time passing to another level (on the first levels) so you can feel progress rapidly.

Thank you for your kind words, brave paladin.

Very good idea , the music is great , and the level design is very clever .It has a lot of potential  as a mobile game .

Submitted
IT'S MINE
LikeReply
RexusDeveloper2 years ago

Thank you SimpleTeam! We are glad you enjoyed our game, the Juan and only will forever be in your debt

Thanks for playing, fellow adventurer!

*** If anyone reads this, please check out Simple Team's game, you won't regret it! It's AMAZING! ***

Really interesting idea! The mechanic itself was really good, my only issue is that you had to explain how to play with a instruction text outside the game. I would try to focus on a few tutorial tips or ways to teach the player in a more intuitive way. Anyway, it's hard to do every aspect on this short jams hahaha, the game is awesome, you did a great job! :D

Thanks for the feedback Matheus! We will make levels at the beginning to work as an auto-explanatory in-game tutorial to avoid using text, specially to make the color mechanic (strengths/weaknesses) easier to learn.

The Juan and Only will forever be in your debt, brave knight!

Thanks for playing, and the feedback is on point, some brief way of reminding the player of the controls would have helped, and like Rexus said, making initial levels that teach you better . Anyone reading this post check MatheusCunegato's game it's incredible, will for sure suck you in.

I don't know I just liked it. It feels smooth and fun to play! Great game!

Would love to see more levels, and the Juan jelly design really allows for character customization, that would be a great feature in the future.

Thanks for the compliments! We wanted to add a little helm to Juan, but ran out of time, so only ended up adding the little helm's ponytail. We'll add that and definitely more levels (we have some great ideas and are already working on designs). We'll let you know when they're ready!

Thanks for lending your courage & wits to the Jelly Knight!

Well I had some trouble figuring out that you need to exit the level using the ladder, I was restarting every time thinking I did something wrong, lol. Good job tho, rated.

Submitted
The Bouncing One
LikeReply
PablohrdzDeveloper2 years ago

Ah, that’s great feedback! We’ll definitely have to work on making it more obvious (adding a contrasting color and perhaps an animation has come to mind).

You have our gratitude, valiant soul!

My only question is what is the creature that we control? :) Well done!

It is a once lauded knight in shining armor, who was cursed by an evil wizard and is now stuck in the body of a jelly.

Thank you for aiding the Jelly Knight in his endeavor to recover his human form, fearless champion!

Yeah, the core mechanic is based on a R/P/S relationship!

We hope you enjoyed playing through the adventures of the Jelly Knight!

I can see how this game can give me a headache which make it great!

Submitted
The only NeOne
LikeReply
PablohrdzDeveloper2 years ago(+1)

On the contrary, fellow adventurer. Your wits and courage saved the kingdom from peril and lifted the curse of the Jelly Knight!

Thanks for the compliment & we hope you enjoyed our game! :)

(After you play and rate ours? The Jelly Knight needs your help!)

BGM is great! The levels were also fun and served to make the most of of your mechanic. I really enjoyed this!

Submitted
Only You
LikeReply
PablohrdzDeveloper2 years ago

Right?! I even play it on the background to give me motivation! Thanks for the compliment!

You have our gratitude, brave warrior.

I like your BGM although when I enter your game first time, Your game is little loud. But it does not matter.

And the control system I spend several seconds to familiar. Very great control for me instead of simple ASDW.

Hopes you can rate mine and appreciate.

(I am playing this level and lets me continue.....) 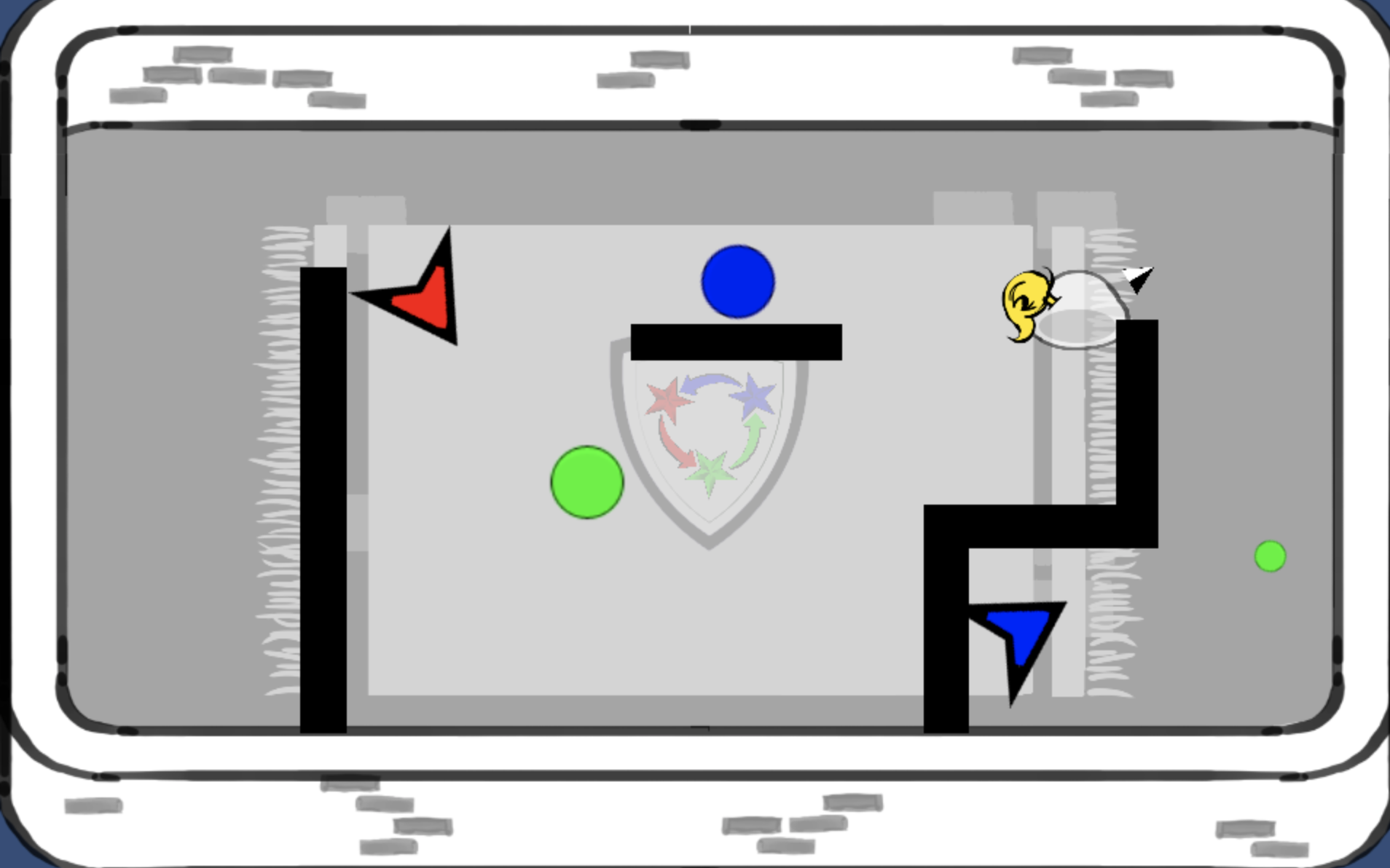 Submitted
The only
LikeReply
PablohrdzDeveloper2 years ago(+1)

Thanks for the compliments! We played yours and it is pretty cool!

May you continue to get amazing ratings and good luck in your adventure, kind traveler.

It was alright, didn't understand it at firs, but was able to figure out the game. Again pretty decent.

Glad you figured it out!

Hope you had a fun adventure, fellow champion!