At 1st I didn't understand what's happening, but once I got it, it's a pretty nice and interesting game!

It would be nice if, there was a clear indicator how many times you need to evacuate someone before it actually evacuates + maybe some sound clues.

It's a nice example of a visual novel.

It was a bit alien experience to install an emulator and configure it to run a sega genesis rom (I've used emulator before, but 1st time I've opened a sega emulator), but I did it!

There's only 1 choice that effects if you get a good or a bad ending, other than that it's just a different dialogue, but the humor was nice.

Would like to see more visual novels in the future from you!

whoa, this looks awesome, can't wait to play it next week!

sure thing, I'll try to play it before the voting period ends to change my rating!

This game definitely follows the theme all right! I felt very limited in my vision and failed a bunch of times till I got my 1st kill, also it was nice to see babylonjs for the game and web-tech for UI used! Good job!

So far it's a super creepy demo of the game that might be, the eyes are very disturbing and the way they turn around to look at you and follow - nice! Hope to see the devlog soon, enjoyed the previous one!

Good game, like a blind agar-io + tanks with upgrades!

Things to improve:
1) it was no clear at the beginning that you have to eat the green dots to be able to shoot
2) there is no "restart" button, or at least I had no clue how to restart the game
3) shootin/hitting sounds would have been nice

Enjoyed it very much, thank you for making it!

thanks everyone who suggested the themes, the reveal is up, and you'll soon see the theme! :)

Hey! Thank you everyone who joined the discord and submitted the themes, the theme revieal is available bellow! Happy jammin'!

Hey! I'll decide on the theme tomorrow, please post your suggestions in Discord: https://discord.gg/zUhqjkvGrb or here! I will add them to a single array and let the code decide randomly!

Reply
Alternative Engine Jam community · Posted in What engine are you planing to use?
Jānis Skuja129 days ago

Cool! I'll actually try to do something I have no clue with, I'll learn some basic c++ and use Ouzel - made by a Latvian developer https://github.com/elnormous/ouzel we'll see what I can make in 1 week during eventings without pactical C++ knowledge.

Reply
Alternative Engine Jam community · Created a new topic What engine are you planing to use?
Jānis Skuja134 days ago

Would be cool to know in advance what engines you're planning to use for your games! Please share ;)

Let me know, if you manage to fix it, thank you! 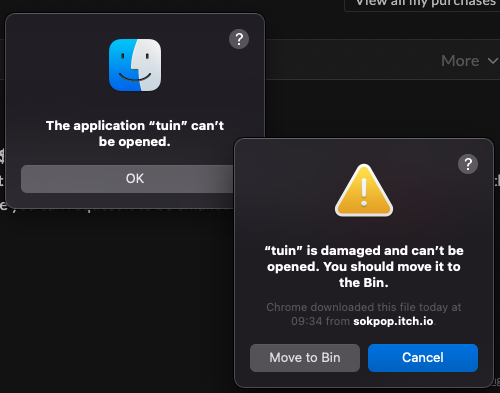 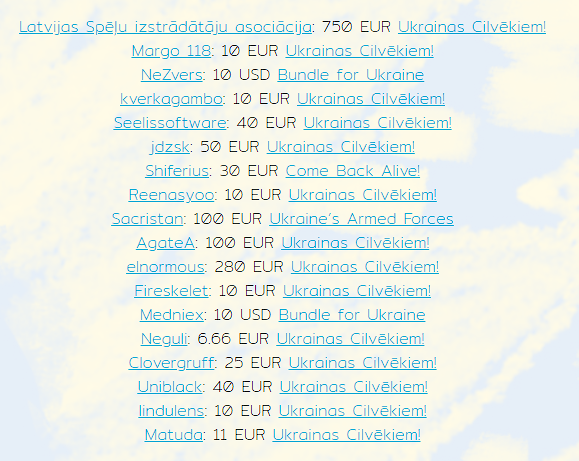 Hah, I never thought I'd be ice-skating to defeat zombies! Would be nice if you didn't stop in place to perform the tricks/attacks, just kick while moving, do a spin while moving - maybe that would look cooler?

Thank you for giving it a go!
Yes, we plan to do an update late january/early february! We'll take some time to learn how to use the engine properly, since we're new to this, and implement 4-part main quest, fix bugs, and hopefully you'll return to check it out!

Haha, same, we found out when there were only few days left, and are new to the engine too :D

Thank you so much for checking our entry out!

At some point we plan to make 3 classes - tank, healer, and dps for players to choose from (when we figure out how to do that). We'd then add different defensive/attack/support abilities to those classes.

definetly, and understandable! we also ended up making just the bare minimum of what we wanted to achieve, since we noticed the jam when it was almost over! good luck on development!

hahaha, this was so much fun! good game!

Weapons felt satisfying, but was not expecting to stop each time I reloaded - kinda broke the "flow". Nice level!

Oh twisted tower of death!!! I can't count how many times I died :D Definetly would've benefited from some checkpoints!

Interesting idea, I liked the concept of random puzzles, but alas... puzzle games are too hard for me :(

Nice bugs! I liked shooting them, but they appear out of nowhere, it would be great to have some warning/they would appear a bit further away from the player and not surround him.

Such a clever puzzle game! I couldn't beat it, but I appreciate the design!

This was a nice chill game, and I liked it :) The Go-Cart is so fast, that it might just have flux capacitor in it!

Great game, the water temple section beat me - I couldn't time my jumps and got frustrated. I loved the level design!

I have no clue how you made this in core, but it's amazing, I remember playing some similar flash game years ago

I liked the idea, and the fast paced movement, but it is hard to understand where to actually go and what to do - would be a great update if there was some "guidance" where the capture points are located and feedback when you gain points

The opening scene is so bright, it burned my retinas, but other than that - a nice hack'n'slash!

We had fun playing this, I went so fast the speedometer needle got into overdrive, I'd only wish you'd have time to implement some drifting mechanics.

This looks professionally made, a very good game, will be playing more

I like the idea, but because the texture doesn't move with the walls they felt wobbly and it was hard to focus and play.

I got owned by my friend in this game, and rage quit. He had fun though :D

This was a really good experience, I really liked the weapons progression and how the enemies appeared in certain areas, and the environment felt spooky