Escape.The.Room You got ONLY ONE chance.
Submitted by SasukeMitashi — 7 hours, 32 minutes before the deadline
Add to collection 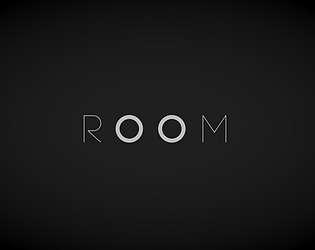 Really atmospheric and creepy! Great work on this! I failed, but I think this is a very cool concept in theory!

Thanks for playing my game Bretton!

Happily! Keep up the great work!

I love how dark and creepy it is. What's even cooler that if I screwed up once, the game never starts later, that's some literal implementation of the theme :D Great work!

Thanks for playing the game Andrew!

Great atmosphere and I really like the computer implementation. I like the different types of clues that you have to string together. Unfortunately I was not good enough and I will die alone :'(

Submitted
It only takes one
LikeReply
SasukeMitashiDeveloper2 years ago

Thanks for playing the game! Sorry to hear that you had to die alone:(

BTW... I really loved your game!

I got shut down so soon :D Good job with the game!

Thanks for playing!Sorry to hear that you had to die alone:(

I like the computer sim plus the escape the room sim. Good job!
I do think your implementation of the theme was a detractor for me. As the player, feels kind of like I was setup to fail with only one try.

I am glad you played it!

Really great simulation escape room type game, I was certain I had the right order but I still died alone ;_;. Reminds me of kings way.

When I first saw the pictures I expected something totally different. This game really has a creepy atmosphere. Too bad, I'm going to die alone... I like the oldschool graphics though... :D

Very atmospheric game. But I am not smart enough for the puzzles, guess I will die alone.

I feel sorry that you couldn't make it...but thanks for trying!

Thanks for playing the game!You should have been so close to the result...But geez I feel sorry you had to die alone:p!

Thanks for trying my game!

Absolutely nailed the atmosphere on this one, very creepy. I love puzzle games like this but I'm bad with spooky games and that made me want to rush through it more than I should have I think. Interesting clues that connected together in cool ways, reminded me of those oldschool web puzzles like notpron or crimson room. The one thing I'd recommend is some subtitles as the audio was a little hard to make out at some points.

Thanks for playing the game! Thanks for your feedback too!

Great job, the atmosphere is really creepy and I had to turn on the light in my room when I play this game. This game reminded me of Welcome to the game, but this game only has one try so the player really has to be careful when playing this game. I wasn't able to solve the puzzle on my first time. I am hoping there is subtitle of the audio, some of them are kinda hard to listen.

Thanks for playing! Thanks for your feedback too.. Will work on it!

WoW! I loved how you did the whole computer art style.

I would love to see how you could expand on this game.

I love escape rooms, this one made me feel like I was doing that, very cool game and the no restart policy make it feel even more hard to finish!

Submitted
The only NeOne
LikeReply
SasukeMitashiDeveloper2 years ago

Sadly can't really comment on the quality of the mystery, as I'm quite bad at these and didn't really "get" the clues, but I can say that you've really nailed the atmosphere! I quite liked clicking around in the menus, and the mouse click is a great touch :)

really liked the atmosphere and sound.  Definiatley not my kind of game, as i will die alone :(

wish their was subtitles for the audio cos some of the audio files i couldnt hear. maybe that was the point, but still it was kind of hard to do.

dont have much more to say as i didnt solve the puzzle. I found it hard to get a foothold into the puzzle. Maybe it would be better to give an easy win, so i can start to feel like things were progressing, like maybe the first room you get right gives some audio feedback to say 'ah i got one right'.  Then again - this isnt really my kind of game so i dont know :S

I think the only one shot nature of this made it make sense, else you could brute force the puzzle by doing it a lot, and it made it really tense.

And thanks for your valuable feedback too... I will definitely look into what you told... A small progression and correction of audio!

Ok so this one is quite original with quite some atmosphere, i'm no good with solving puzzles so i did my best but couldn't figure it out so i died alone :(

Nontheless  i quite like the atmosphere, the old windows UI somehow adds to this, the investigation mechanics using computers in an immersive way kinda made me think your game as a Horror take on the old game "Spycraft"

Thanks for playing my game!

I will definitely check out 'Spycraft' 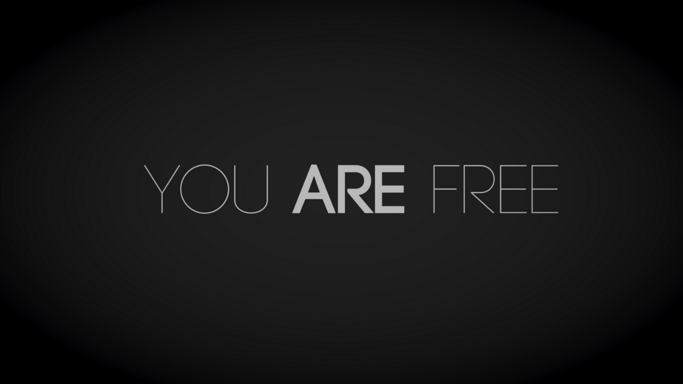 Yay, I made it! I must say, I really liked the one try mechanic. It made the victory feel that much better, and most importantly, it kept me on the edge of my seat. When I did finally feel comfortable with my answer, I double checked everything, out of the paranoia of failure. Without your no restart mechanic, I would have had no fear submitting the wrong answer, and would have brute forced a lot of my early, incorrect answers. This game consisted of epiphany after epiphany, and had some awesome little riddles, that were never too big to be confusing.

I will warn others though, there are a lot of red herrings, and a lot of things that seem clear cut, but are actually hiding secrets. In particular, the readme had info that confused me more than helped, but made sense with extra context, and close inspection of the language used. Also, almost all of the info can be used in some way, which was very neat.

Thanks for playing my game! I am glad that the game made u feel the way it was meant to be... Your comment made my day!

Im sorry, is this another game that only allow player to play once? how do you expect to proper assess the game when they have no idea how the game works? Rerunning the game doesnt work.

I am sorry iwansquall! But thanks for your feedback! Yes rerunning does not work because that is the connection to the theme and point of the game.

I understand your frustration... But I wanted to engage the player with the simple plot of the game, that is if you screw up, you are trapped forever.

About the understanding game part feedback... If players are not able to understand what to do... Then it surely is my mistake and I will try to implement the design properly.

But the point was... This game does not require any skill from the player... So understanding and improving the skill is not present here.

It is just like a simple memory game, so I executed it this way... The only one chance was executed this way to engage the player in the game and justify the plot.

Thanks for playing the game and giving your valuable feedback!

I really had to use my brain on this one. I was fun collecting all the clues and crossing information. You nailed the atmosphere, I really felt scared. Sadly I didn't get it right, and will be alone forever :(

It would be nice if after you failed it showed where I was wrong.

Thanks for playing! Thanks for your feedback too!

I wanted to have that mystery factor after you have failed.. So that it adds to the theme of the game.

But I also understand it frustrates players! Will definitely work on something alternative to that!