jeez thanks for the motivation and support. Appreciated.

This one is definitely abandoned, super sorry about that! Making such a huge game in such a small time resulted in some... messy code and hacking a save system on top just wasn't feasible. And whilst I wanted to fix the hundred odd bugs and issues in the game, I lost steam on that as loading times in the unity editor increased to ridiculous proportions (it seriously takes 10 minutes to enter play mode and another 10 to exit. If I want to test something, it takes 20 minutes to do so). This game definitely will not receive an update.

I absolutely can not wait for the future episodes! Such an amazingly crafted game, so much goodness!

Tiles that are 1 square away are safe 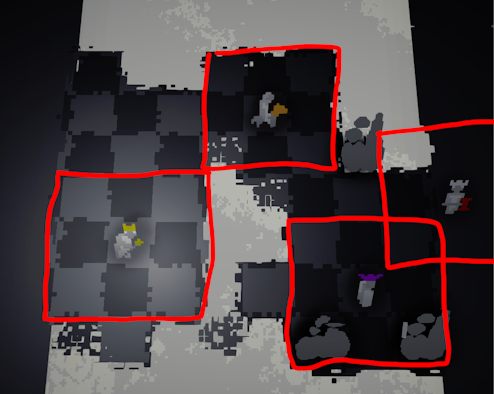 Damn your friend got really lucky with the final area, that's normally really tough. Thanks again for sharing it with him, was fun to watch!

Thank you so much for playing, this was very fun to watch!

Reply
Adventure for a Bit community · Replied to Masonator in Share your favorite seeds!
JUSTCAMH97 days ago

Yeah that was a bug that I found in development, was gonna patch it out, but I thought 'hey, that looks like a feature', and hence glitchiness was born!

Reply
Adventure for a Bit community · Replied to Sonrenamon in Share your favorite seeds!
JUSTCAMH106 days ago

To clarify, worlds that bot generates will have the correct seed, but ones made by bit might not be right...

Reply
Adventure for a Bit community · Replied to Sonrenamon in Share your favorite seeds!
JUSTCAMH106 days ago

Agh damnit, I'm sorry but no, there isn't anything I can do... There's a bug with the seed system that I can't fix, cos I lost the files for it... Which is #1 on the noob mistakes handbook... I don't know why, but some seeds aren't the same between bit and bot, and weirder still, some seeds do work the same? I'm sorry, but outside of these images, that world may be lost to time =(

Reply
Adventure for a Bit community · Replied to CANTALUPE in Share your favorite seeds!
JUSTCAMH107 days ago

Wow that looks so neat, like a big field of fluffy grass! That is until you get close and realise they're actually deadly spikes... oop

Yes, it is very sad that some seeds don't work, but I'm afraid I don't have any way to fix this, I've lost the files for the game so can't make any changes... Which is so frustrating, because I know of a few other bugs I wish I could fix, and damn do I want to add and fix some dialogue... But I'm sorry, I won't be able to fix this bug or any others, I hope this doesn't ruin the game for anyone

Reply
Adventure for a Bit community · Replied to Masonator in Share your favorite seeds!
JUSTCAMH108 days ago

That first shot makes me wish I had added water, brilliant photography! And wow, I’ve never seen anything quite like those canyons, nice find!

Reply
Adventure for a Bit community · Replied to Masonator in Share your favorite seeds!
JUSTCAMH108 days ago

wow, those footprints are amazing! I wonder what such a critter would look like?

Reply
Adventure for a Bit community · Posted in Share your favorite seeds!
JUSTCAMH109 days ago (1 edit)

I've been collecting heaps of seeds ever since releasing this game, and none have captured my imagination quite like this one. It's a pretty and quite detailed world, but what caught my attention were these rare, green eyes that would always spawn at the bottom of holes. 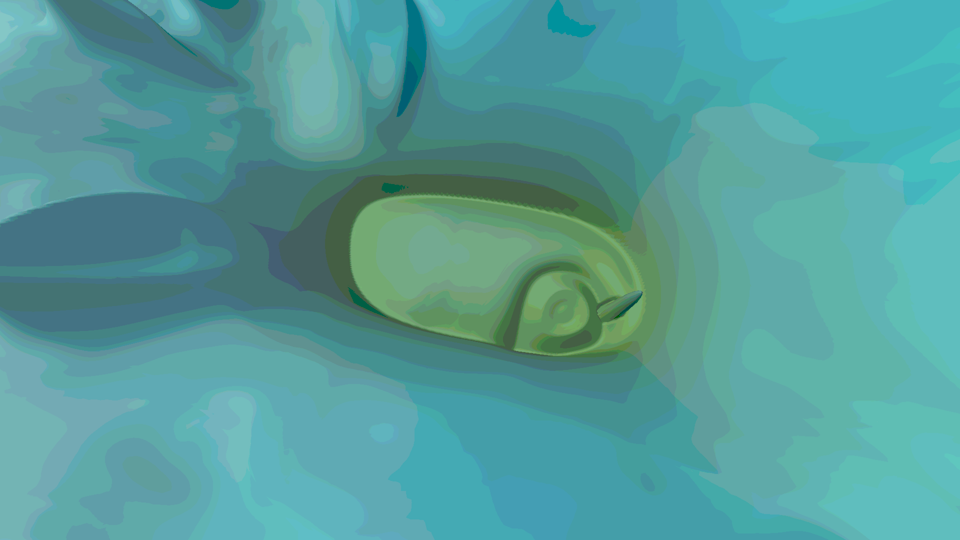 I also found a lot of similar holes that didn't have the eyes, as if they'd somehow moved out.
After exploring for a while, I found patches of strange spikes (the spikes seemed to generate in some form of pattern).
Then in one of these spike fields, I found what appears to be an eye that's been overrun by these spikes, as if they're an infection... 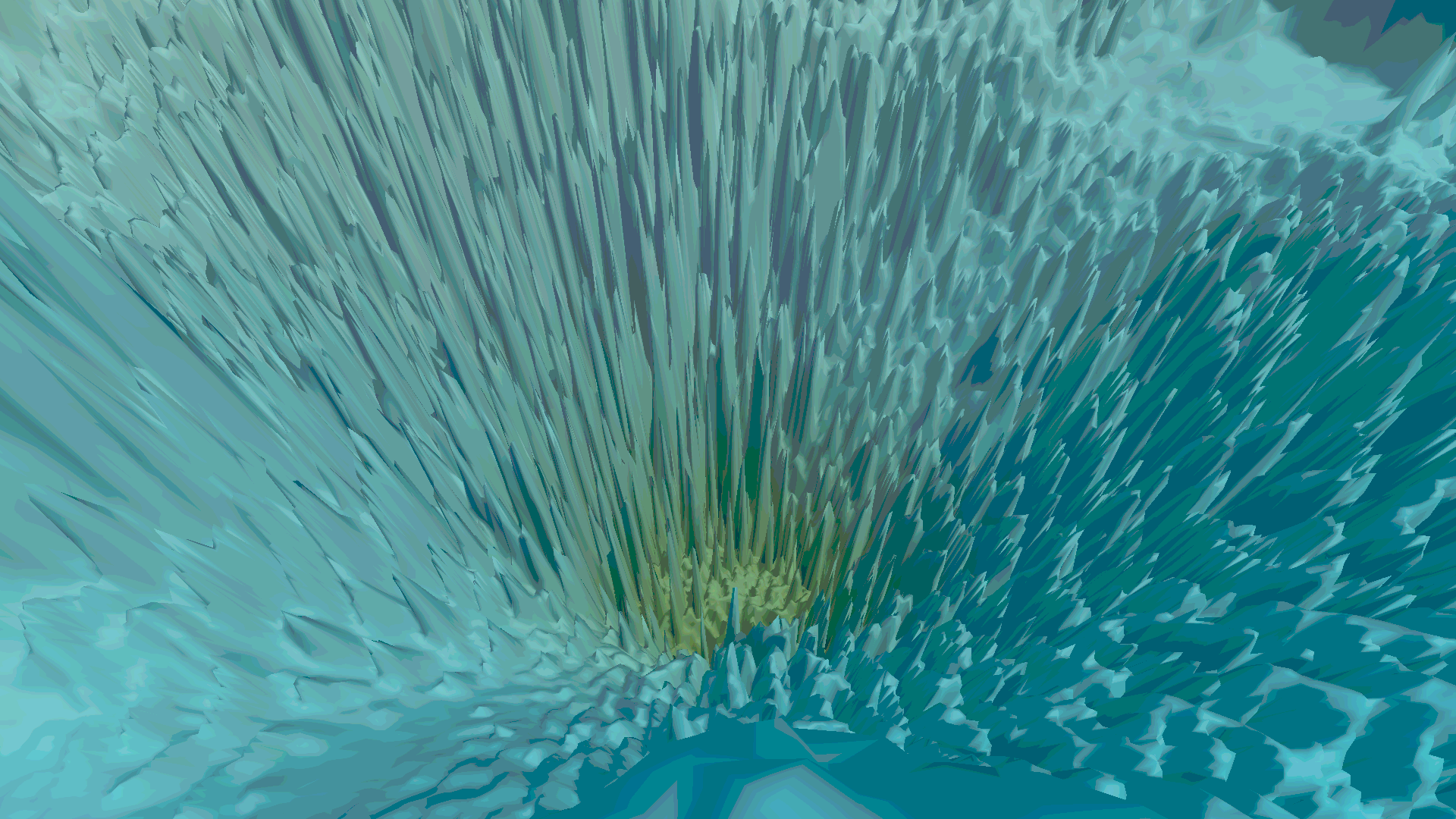 As I headed further from the spawnpoint the spikes became larger and more frequent. The only intact eyes I could find were close to spawn.
It felt like this infection had spread to almost the entire world, with only a few safe havens remaining...

Something about this world felt so mysterious, like I had stumbled upon an actual story that unfolded in this world. I'm glad the AI is still able to surprise me after hundreds of hours of exploring worlds!

If you're done with the story and looking for cool stuff, try going to the menu, Play > Use Seed, then type in something random. It could be a keyboard mash, or you could try inserting some words and see what it makes. Doing this will act as though the AI was trained randomly, so sometimes it'll make really dumb worlds, but if you give it a chance, it can make some really freaking weird worlds (in the coolest way possible). You can also try changing a letter or two of the seed to get similar worlds, or if you really want a sentence to make a cool seed, try messing with capitalisation. 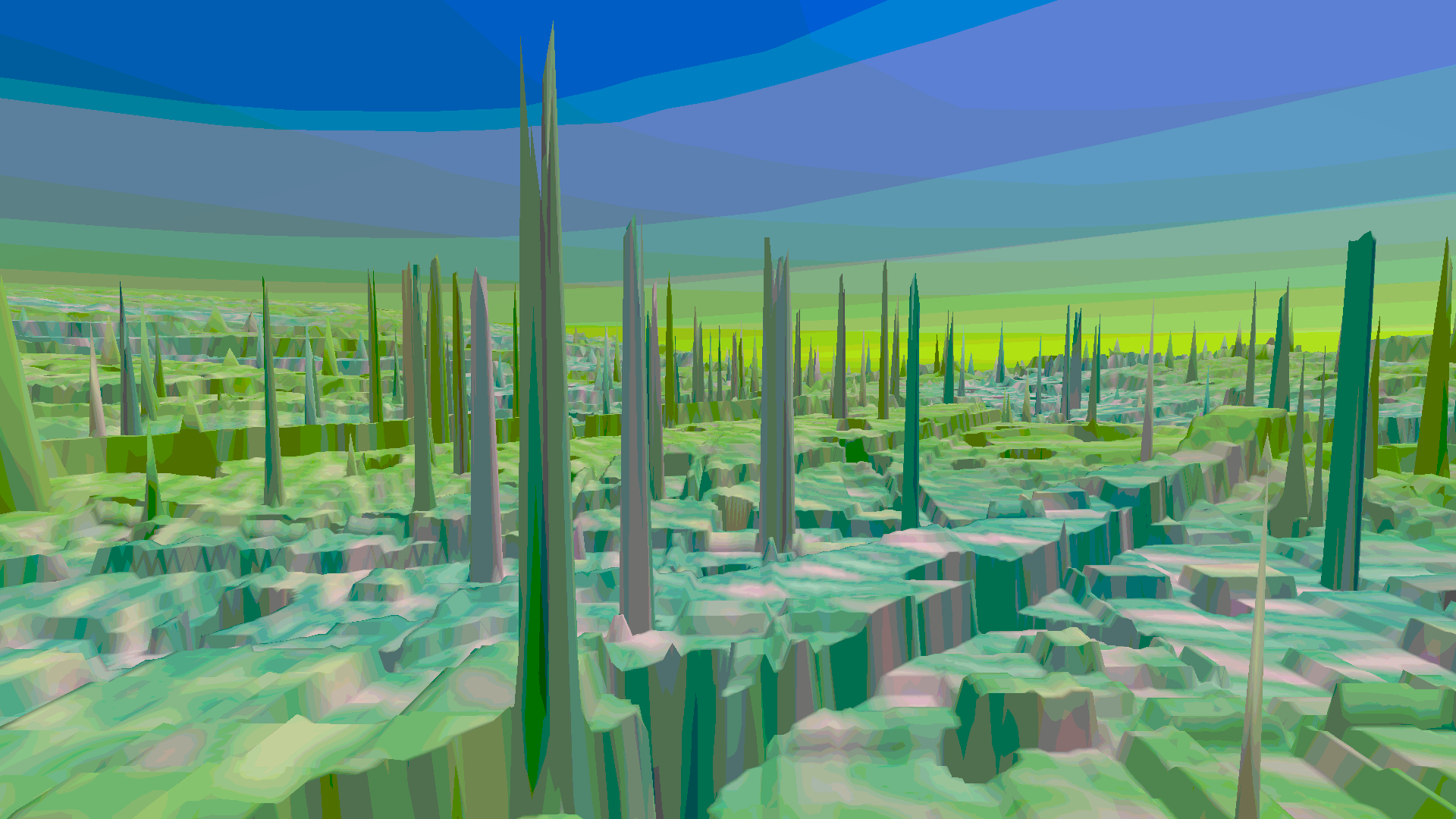 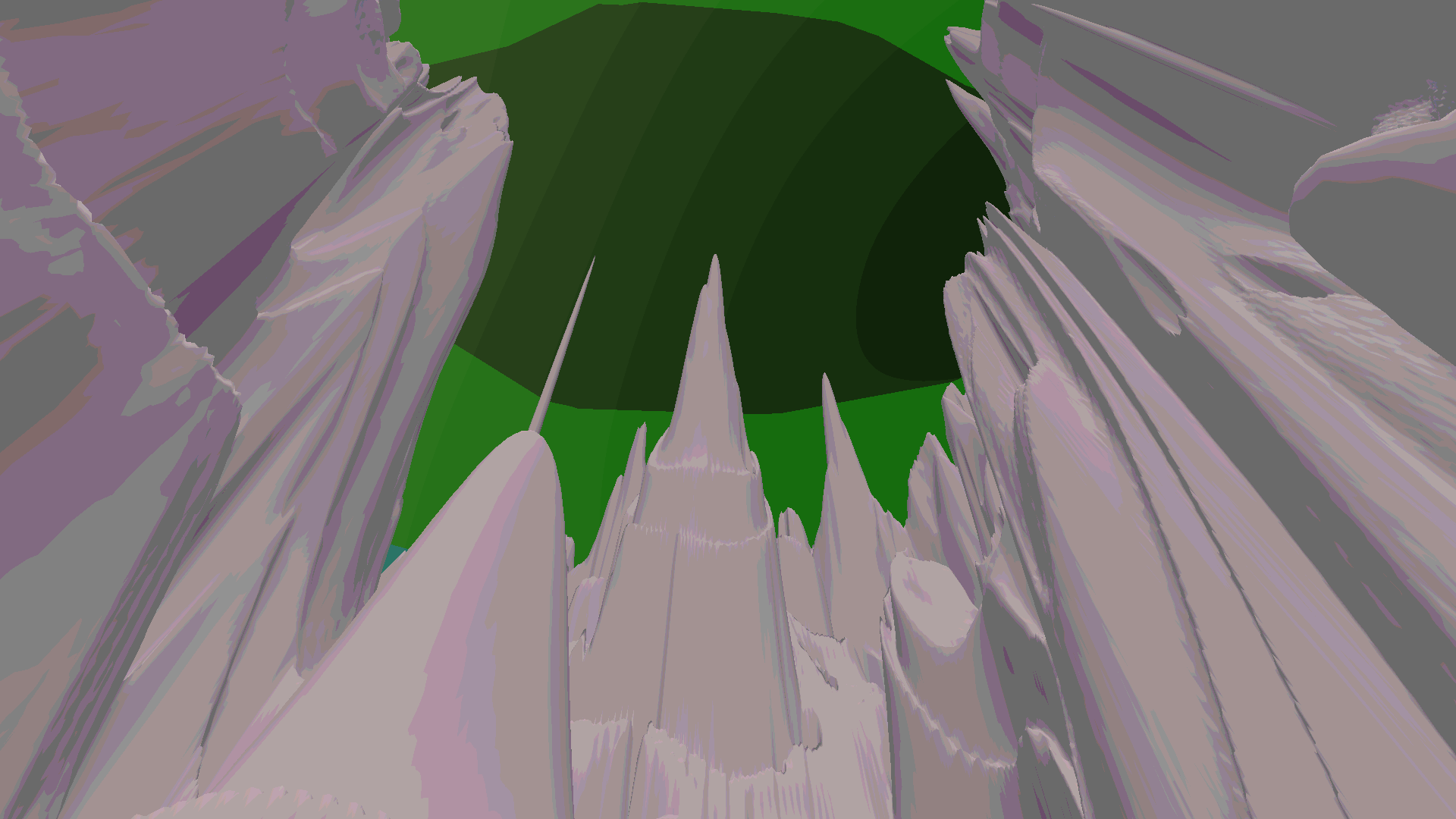 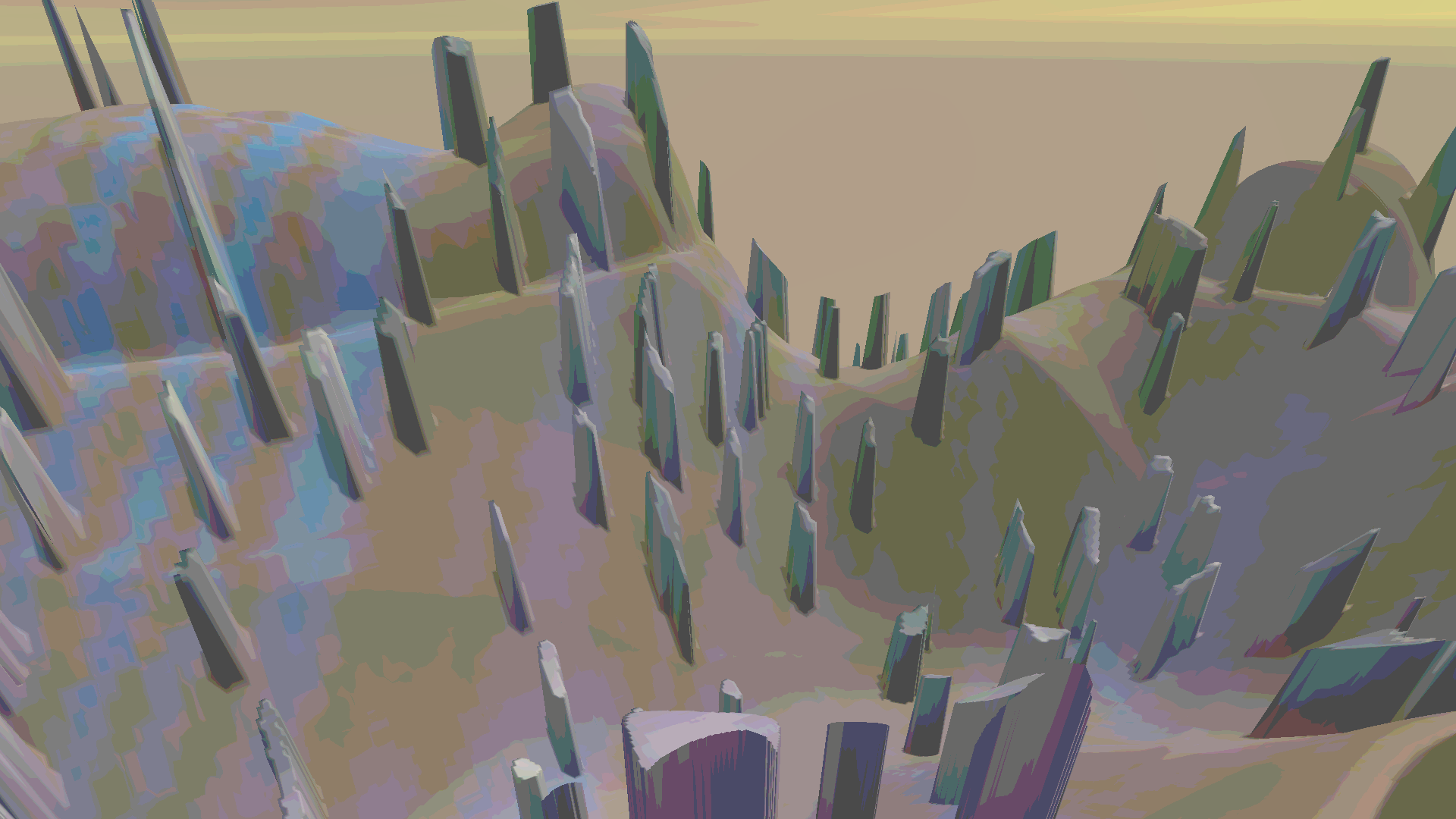 Reply
Adventure for a Bit community · Replied to Masonator in Share your favorite seeds!
JUSTCAMH109 days ago

Bit's got an acquired taste

Reply
Adventure for a Bit community · Replied to taek in Share your favorite seeds!
JUSTCAMH109 days ago

And here's STEGESTICIAN, which is also very very cool. It's a weird maze-like structure of spikes 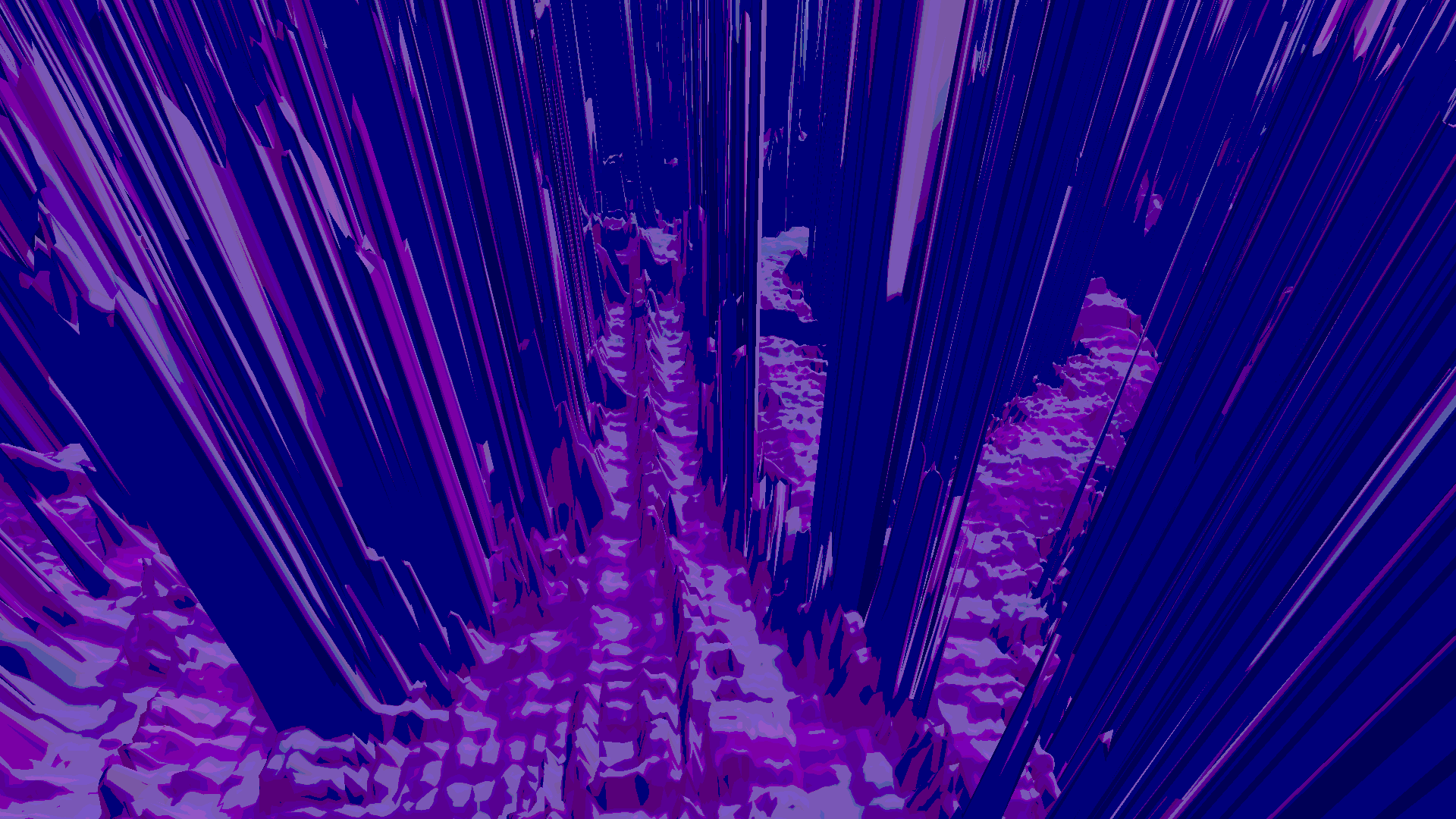 Reply
Adventure for a Bit community · Replied to SARankDirector in Share your favorite seeds!
JUSTCAMH109 days ago

Wow, those mountains are freaking insane!

Maybe get in touch with the bundle organisers?

Hey, I wanted to use these assets, but it looks they didn't make it into the bundle? Do you know what's up with that?

Hey, I was really looking forward to playing this game, but couldn't find it in the bundle. Do you know what is happening with that?

It looks like there isn't actually a hyperlink here, just text that says the link. Not sure if their script will pick this up, best to add a hyperlink

oh it's showing now, mighta been some browser bug on my end idk

and it looks like now there isn't actually a link, just text that says the link. Dunno if the script will work on this, best to add a hyperlink to it

there isn't actually a link here, the bundle organisers are using an auto script, dunno if this'll be picked up

The link seems to be broken

Something minor, when searching using light mode, you can't really see what you're typing

aaaah that's so cool! Thank you for this amazing extension!

Oh my god that's amazing, I appreciate that it saves the filters for later. Awesome extension! One thing I'd love to see added is an option to change the sorting of the projects. I wish I could see my newest projects at the top, since they're the ones I'm actively working on. An option to sort would be incredible!

Hey thaniel, very cool looking game, but I'm so lost... The turns move so quickly, I don't have any chance to see what each individual card does. My suggestion here would be to by default, advance your turn on a button press. So press Z, then the actor does the next thing they're scheduled to do. There could also be a fast forward button that automatically plays the turn like it does now. This way you could stop and see what each card has done.

Perhaps you could also include more info for the player to learn ingame? Maybe when hovering over an item in the inventory, it could highlight the spots you could end up in? Or maybe you could give a short text description of what each card does? One thing that would be particularly helpful would be allowing you to hover over different symbols in the game to get a description of what it means.

On the level prior there's a note you mighta missed. Hold left click holds you on the position allowing you to fly.

Thanks for the support moises, glad you liked the game!

Hey matey, don't know how I missed rating this for LD, but you've done a great job! I think the replays were a bit long, perhaps it could just highlight the errors on a transcript, without replaying the audio. But neat little game!

Hey, glad you enjoyed it! The crash ending is intentional, it was meant to be an explosion so big that the game closes, but whoops... web builds can't close and just freeze instead.

Thanks for playing, glad you enjoyed! I really wanted the player to use the dynamite like a pogo to hop continuously over a large distance, and the only way that could be achieved was with the unbreakable kill zones. Hence why it was only in a few levels and mainly used for hot pogo action.

p.s. you can secretly rate any game (even ones in jams) by adding /rate at the end of the url. e.g. https://justcamh.itch.io/soulclad/rate. That doesn't contribute to the jam rating, but still helps

Hi, there is a map, but it doesn't unlock until you reach the hub. Sorry that you got lost without it, the first part is fairly linear, but I should've enabled the map sooner...