A perilous puzzle in 1D
Submitted by JUSTCAMH (@justcamh) — 2 hours, 29 minutes before the deadline
Add to collection 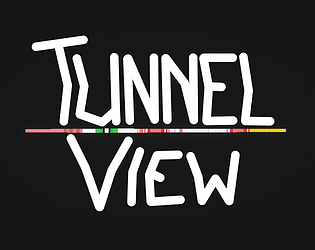 Ranked from 65 ratings. Score is adjusted from raw score by the median number of ratings per game in the jam.

I will be continuing it in the future :D

Also, thank you so much for your feedback, it will help heaps. I never think to add a simple exit game button, but that is such a good idea, thank you!

It's a really original concept!

Sometimes it's a bit hard to read what you exactly do. Some colors blinks and fades didn't help to read the actions.

Love your voice too. Cryptic and creepy at the same time (Creeptic ? :D)

That's the best implementation of "only one dimension" idea I've seen so far :)

The music is nice, but the voice hints are, erm... weird :D Still, great job!

That was cool but a bit hard to grasp, I liked the clean look of it and before I made my game I was considering doing something similar with having only one line of sight at a time but a lot simpler. Cool!

A real mindbending puzzle. I think you win for creepiest narration in the jam. I was really impressed with how far you could go with only sees in one dimension and yet not have it devolve into an unintelligible mess. I feel like the pushable blocks weren't introduced well because I think you could just shove through them in their first level which became much more important later on. Also I noticed I was sometimes seeing colour radiating from the ends of my lines sometimes which made me think that I was looking at the right colour but the door just wasnt opening. Not sure what was happening but the colours were sometimes hard to read and more clarity is always better especially in a puzzle game. I enjoyed the experience and the challenge.

Thank you for playing, those colours were particles, that definitely need to be toned down. And I'll take my 'Creepiest Narration' award, thank you =)

The idea is interesting and really impressed me lots! 1D game!

Submitted
The only
LikeReply
intelligent designersSubmitted1 year ago(+1)

The Idea was awesome, I loved playing with the reflection angles
I got stuck on "color creates ___N" level
The narration was Brilliant
Great job

You made it to the last level, and that ones not supposed to be a cake walk. Thanks for playing =)

Nice concept, definitely gave me a headache which make it a good puzzle!

Submitted
The only NeOne
LikeReply
gentlemanSubmitted1 year ago (1 edit) (+1)

Very cool and enjoyable game! I love how you managed to create a strong atmosphere using (as I assume) only your voice and the few colours. Also as you already noted, both of our games are somewhat similar in the mechanics, and it is interesting to see how different people approach them differently.

Submitted
Where is my 2nd dimension, gentlemen?
LikeReply
Zman110Submitted1 year ago(+1)

There have been a few games this jam with similar ideas, but I truly think you pulled the concept off the best. Its very polished all over. Colors are vibrant, soundtrack is great, voice over was a fun addition. Really liked this entry! Kudos!

That was a different version of similiar games I have seen for this jam.

I liked your use of colour and how you voiced the game, it gave it somewhat of a creepy vibe alongside the music.

I like it, voice-over is both terrifying and hilarious. Maybe the difficulty curve is a bit steep, with quite a lot of trial and error (for me anyway). Great concept though, probably could take it further in a lot of ways.

Cool game, good soundtrack, has nothing to say, though I got stuck at the third level.

oh no, how'd that happen? Might you have been missing the arrows control?

Hate to be that guy, but you're just leaving it there? Did you try that control, or was there something else in the level breaking it?

Oh actually, you might be talking about the level after, with grey tiles on the floor. Can't step on them, need to go around.

Very cool. Much more original of a take on "a 1D slice of a 2D space" than our game.

I actually got stuck on the third level for a while since I didn't understand that the four-way arrows was referring to the arrow keys. And combined with the voiceover cue...I spent a while thinking that maybe there was an invisible gap in the line where I could go in a different direction with WASD, and then thought maybe I could pan around with the mouse (since that sort of shape usually means drag-to-move). I did eventually get it, but if they had been arranged like they are on a keyboard it would have been clearer for me (and maybe enclosed in rounded-rects to look like keys)?

It might also be a nice touch to reveal the whole level once you beat it? I feel like it would have helped me to be able to check my understanding of the shape against reality. It might give too much away, of course. But maybe for some of the early/tutorial levels?

--Josh (part of teamwintergreen/Filament for this jam)

I really like the idea of revealing the level at the end, I'll totally do that in some way! I also see what you mean about the arrow instructions, they're definitely crude. Thanks for your ideas, I'll be sure to implement them.

Cool! I mean, I felt pretty stupid when I realized what the arrows meant, but somehow I managed to be obtuse enough not to figure it out for about 45 seconds. :)

Really interesting concept. It felt cool exploring this maze but in one dimension, reminded me of flatland where I was a dimension out. Using colour let you have an extra layer of information but I wonder how it could have been made more obvious. Nice work implementing such a unique game in a jam

Submitted
It only takes one
LikeReply
iwansquallSubmitted1 year ago

I think this game would work slightly better if there are less gradient / lines / noise. I stuck at red / blue door level, and couldnt figure how to unlock blue part. Definitely nice concept

Thank you, I'm working on fixing up some levels, and this'll definitely be one of them. It also looks like you've managed to comment twice, I've deleted the second one. Thanks again for playing =D

Cleaver, but was super hard to read sometimes. I couldn't feel the gameplay space at all. I may be too old already.

Nice take on the theme anyway! :)