You have only one tone.
Submitted by J.J. Morgan — 3 hours, 1 minute before the deadline
Add to collection 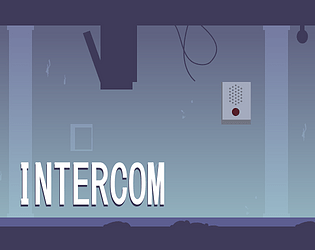 very fun and hard game,i have fun playing with my friends

This game is beautiful.

Obviously not perfect, for example you don't understand that you have to assign different codes for different actions, and for the jump 3 touches are too many, I don't imagine how it could be after ...
But apart from that it's ... nice, I can't find other words to describe it. An original idea, well done, that captures you and above all makes you have fun.

I'm very sorry I didn't find this game before to review it in Game Jam.
But I'm glad I found it, so now I can follow you and play the full game, because you'll finish it ... right?

This was great. Loved that we had to come up with our own signals which significantly added to the experience. Totally wish you had more time as well, would've loved to see more.

Submitted
Lurking in the Dark
LikeReply
BirdmaskStudioSubmitted2 years ago

Hey there, I played through your game in this video at 27:25

This is really clever. I enjoyed the puzzle design and the use of the intercom was clever as hell. I would love to see you put some more time into building out the puzzles and really polishing this up. This is the beginning of a really neat puzzle game.

The fact that you create your own bleeps patterns really adds a lot to the immersion.

I love the concept of creating your own command patterns with the beeps. Really fun and I'd love to see more puzzles with this in the future.

I was surprised the character didn't react to "no" after "go" and I missed that because it's hard to get used to the character's running and falling speed.

It's a peculiar and fine idea, however, I struggled with controlling the character. It would be better if you made some kind of prebuilt commands with intercom as right now it's completely unintuitive.

I love this game

Coming up with your own signals feels very organic, and totally took me by (immersing!) surprise. The confusion over having accidentally made short-beep into yes was a lot more fun than it would've been otherwise, thanks to the signal being for a character who I'm communicating with (and can't amend the mistake with~!).

And the lightning parts are so intense when you've already gotten to know the character...mostly because he comes across as an actual character and not just a (calling him "faceless" would be in poor taste, so, uh) soulless wad of programming code.

Gotta say, you've got skills, man. Do good with them.

Submitted
One By One
LikeReply
NuiSubmitted2 years ago

Hell, that was genius!
I love the fact that you let the player chose its own intercom inputs. It confused me at first, as I was wondering how I had to say yes and no. But when I understood that I had, in fact, decided their morse-like code, I was all like "OMG this is brilliant!".
Also, the fact that there is no menu, no title screen, no UI, etc. helps so much for the immersion! You're into the game in no time at all, just after launching the exe. And because there's no reminder of the current morse-like vocabulary on the screen, you're in constant stress, fearing for a mistake and trying to remember eveything.

Now, this game has just become my favorite GMTK 2019 entry.
Please let me know if you work further on this.  I followed you to make sure I don't miss anything.

Wow. So happy to see your game in the top 3 despite your low amount of rating!

I hope you'll make it into Mark's video, now.

By far one of my favourite games this jam. It may be short, but the design and concept of this game carry it a long way, so even without the character or great art I would still have fun! Also, I loved that ending screen. Great job!

One of my favourite games by far! Felt like Ghost Trick mixed with Nintendogs (the recording of commands), I really liked it! It looks really polished, I am pretty impressed you got done this much in just 48 hours!

OMG! I LOVE the concept. Please make a real game with that. I'm pretty sure a lot of people will buy it. This is a really really fun.

I'm a bit curious. How many variations of "beep" do you detect?
Great Job! :D

Thanks! The game recognizes a "short" and "long" beep past a certain time threshold. I originally had planned a third "very long" beep (>3/4 second), but figured that would be too confusing.

Wow. That was so cool. I LOVED figuring out that you could make your own rhythms for the noises, that was great. Totally felt like a secret language and blew my mind when I realized what was happening. Like you said at the end in perfect meta fashion, I do wish it was a tad longer! Excellent work, and I won't make you wait, you earned full stars from me. Great work!

OK, this is absolutely phenomenal, especially as it adapts its inputs to your choice of signal rather than forcing them on you like most games would. If you go somewhere with it, let me know. :)

Hey, that was really, really awesome! This gotta be one of my favorites entry's so far. The mechanic was pretty cool, loved how you could make your own commands. I'd love to see the rest of the plot, it had kind of a portal vibe to it, some science mystery!  Great job

This is an amazing idea that I enjoyed a lot! It played quite smooth and I love that I could choose my own cues. Also, the subtle humor in the writing is spot on. I would pay money for a full version of this! Well done!

I really enjoyed this one! I love the concept and the clever spin you put on the simple "one button" idea. Nice work! The art and sound effects are also amazing, and so is the story! I also love the ending, and I also really wish you had more time to fully develop this idea! Like he said, so much wasted potential... Or not! I think you should really continue this idea and see where it goes! Best of luck, and I hope you get featured in the video! You deserve it! :D

The concept alone of this game was intriguing to say the least kind of reminded me of the blind mudokons from the abe's oddessy/exodus games, with a truly original twist, in allowing you to design your own prompts to make the player character move.

I really enjoyed this and would love to see further expansion of this design in a full release because the potential is really high for this kind of idea.

If I have to pick out a flaw in the design, it would be that the character will lock into decisions once they've been made and wont allow you to change your mind if you make a mistake. More than once, I accidentally said "Yes" instead of my input for "No", so I naturally waited there to see if the character would prompt to say "Is something wrong, shall I ask the question again", however he never did, forcing me to make him run to his death. Nor does he respond to random or wrong inputs which could also be used to indicate a problem.

Game was overall great, and while I am sad there wasn't more levels to play, I also understand that 48 hours is a short time limit for a single person/small team.

Thank you, this is great feedback! I agree that being able to change your decision, or at least having a few more confirmation prompts, would have been a better choice in case the game misunderstands your input.