Brackeys Game Jam 2021.2 community · Posted in STREAMED your games starting September 5th at 11:30 UTC and for about 6 hours 15 minutes
BirdmaskStudio53 days ago

Thanks for taking the time to record playthroughs of peoples jam games. Here's adding mine to the list.

Crash & Collect - a physic based destruction game with ragdolls. Crash into and knock as many items off shelves as you can before the timer runs out:
https://itch.io/jam/brackeys-6/rate/1176394

Is processing someone and making them trick there friends into walking into a explosive barrel ethically questionable, maybe. What isn't is I had fun, amazed this had gone under the radar for such a clean game.

Description: Crash & Collect is a physic based destruction game with active ragdolls. Crash into and knock as many items off shelves as you can before the timer runs out with your shopping cart.

Ah yes, a kindred spirit in destruction. Loved the global world effect and driving around gaining enough speed to take on the boulder. 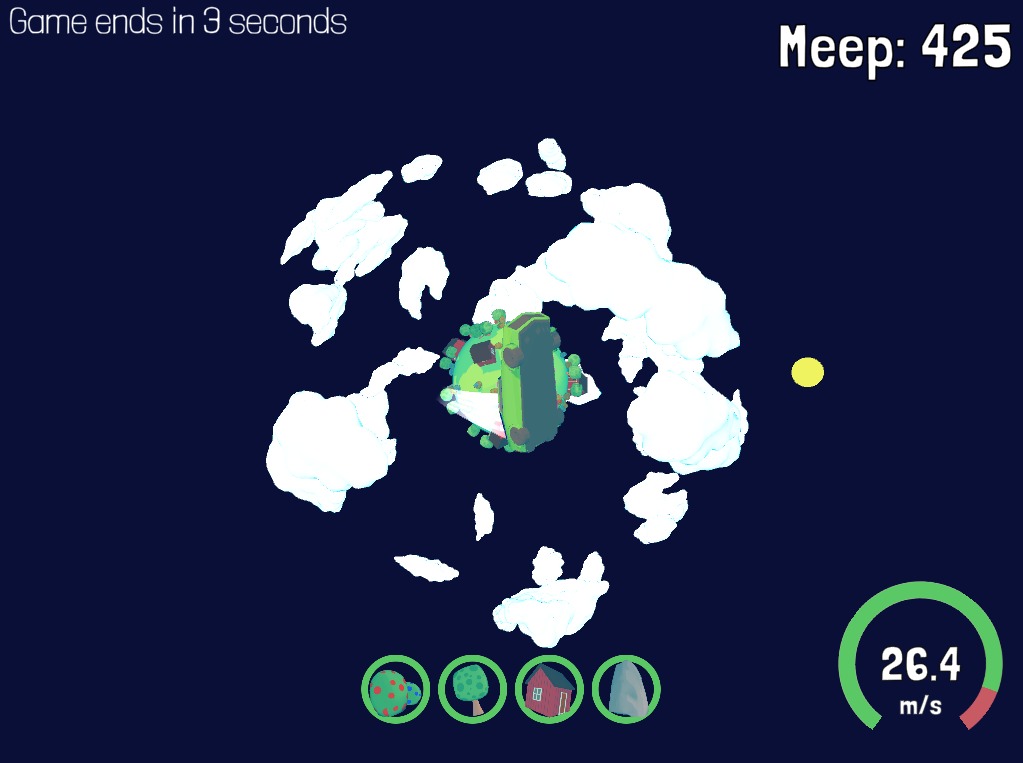 Also, while I don't think it was intentional, I got a really nice shot of the world after hitting one or two of those barrels at max vel. May not have been intentional- to be sent out here on a spaceX mission - but it does look nice!

Brilliant graphics and props for getting so many physical objects intractable in the Jam. Fun to play and has great visual and detailed levels with a lot of stuff to enjoy messing up.

Well, I had fun, it's always good to see building destruction in a game, it's just so satisfying watching a tower fall into a brick wall and open up a new path.

This game is right, I am one cool dinosaur. Great look with the cardboard T-rex!

Nice to see another driving/food game this jam. Took some getting used to but I enjoyed the controls, especially trying to avoid flipping the car. The only thing is the lack of audio feedback, just a little noise to know when the car was struggling and speeding up would add so much to the feel of the thing.

Still great presentation for a gamejam, with the mini map, scoreboards and levels overall, just would have liked a little more sound!

Something super charming about the computer/pencil drawn art style. I had a little diffculty figuring out how the barrels worked, so possibly a bit more instruction there? but for the scope of a gamejam the parkoring element works well, though with one or two bugs, but with a bit more balancing and tweaking to speeds I could see this feeling pretty darn good to play.

Love the look and sound, great presentation overall. Did sometimes find it a bit hard to know the ranges of the hitboxs sometimes, but with a fast play, fast repeat game like this, it wasn’t really a problem since I would be back to blowing up cars a second later.

One ‘bug’ I found was the inputs when the camera rotates to look at the green health station, probably just due to jam restraints, but the direction of input didn’t match the camera's rotation and made it awkward to steer in that area and may have been better to only zoom the camera in instead rather than rotate it.

As a fan of Ghost Master I am compelled to play any game about haunting and what not. Great visuals and post processing clean up and a fun idea, but... the camera really hinders the gameplay.

A quick solution could be to have the camera above the player, make it top down looking into rooms, and get rid of the floating up and down movement. While it would flatten the game, it would make it easier to interact with objects (I would miss them quite often when trying to glide towards them) and see what's going on with the mortals, without needing to do a bunch of complex camera work.

Still, I am always happy to see more ghost games, and I feel if the camera could be fixed up that would improve it that much more, great work.

I don’t think of myself as one for golf games… I wouldn't think a puzzle spooky golfer would be my thing, but I had a great time and was sad to see the level counter tick up to 15.

Main thing I would have to say is brilliant sound and game feel for a week long gamejam, I may not have had the best hit count by the end of each level, but with how satisfying it was to knock the skull around and break crates I’ll happily take that loss.

Feels like the quintessential, enjoyable and charming gamejam game with a great take on the theme.

The visuals are great, and the environment destruction and foundations of the boss fight are there, but there are a few things that just got in the way of me having a smooth experience.

The first thing is the controls, the game needs an option to see the controls in game, for longer than 2 seconds, and for ones with special conditions (like the damage seeming to have a cooldown sometimes?) to be explained - it took me a good while to realize pressing down the L joystick changed weapons.

Since the snake is quite bullet spongey, I had to wonder if I was doing things right, or if there was some method I was missing to reduce its health faster. A summary of quick intro description, to help you know what kind of approach you should take would help set expectations.

The last thing is feedback, or play feel. I found it difficult to tell if a hit had landed, did a dodge work and so on, while I was trying to avoid being hit by multiple projectiles. A more unique sound for damage, particle effects or even screen shake would add that little bit to help players know if their strategy was working or not.

That or I could just be bad at boss games, which could also be the case.

While these things did get in the way of me being able to fully enjoy the game, I get they are things that you can’t really do much about until you see how people actually play a game, which a jam doesn’t really allow, and that they could be solved with a bit of post jam tweaking.

Basically, great visuals, destruction and the foundations are there, I would just like to see what it would be like with a little more visual feedback, and hints to make things clearer to the player they are playing right.

Reply
Brackeys Game Jam 2021.2 community · Posted in I will play your games on my stream.
BirdmaskStudio58 days ago

Reply
itch.io Community » Game Development » General Development · Created a new topic Active Ragdolls; What Are They And How They Work - Video
BirdmaskStudio205 days ago
Took the last week away from developing 'Days With Dino', to make this 10 minute video, going over the what, why and how of Active Ragdolls.

The aim is to make a, to the point, introduction to the general principles and design of making Active Ragdolls, based on my own experiments and to give people a starting point to begin making their own Active Ragdolls, rather than a step by step guide to making any specific one.

I've had a lot of fun playing games from the Brackeys 2020.2 gamejam.  With nearly 2000 entries to choose from, I thought it would be interesting to see everyone's top picks from the jam.

To kick off these are mine:

I encourage people to post below, pick 3 games you've played that you think show the best of what gamejams can do.

Session 3 of me playing through entries from this Jam! This may be the last session I do before the end of the rating period. Still I had fun, a lot of good and interesting games I've gotten to play through this week!

Thinking I might try to get myself to do these recording of itchio games more often, it's been fun to do and a good way to get me use to audio work, maybe I can work myself up to doing voices eventually, here's hoping.

Here's a link to my own game (Catastrophe Again -again);

This may be the worse kind of game for my memory impaired self to play, but to heck with it I had fun anyway. Great PS1 style look and a nice amount of humor in the dialogue. One of the more intriguing games I've seen in this Jam so far.

I had a great time playing this, though I do need to say I don't think the cover image does justice to the visuals of your game! The levels have a lovely style to them that you might miss when browsing through all this jams entries.

Felt delightfully nostalgic to play, though a criticism would be the controls don't really work to well if you use a keyboard.

I had a controller so it was fine, but since you can't move the camera it may be better to use the mouse to aim the player direction, or even tank controls. As it is now keyboard and mouse players get quite a different experience to controller users.

Still apart from that, I had a great time and loved how the world faded in and out, great overall.

Session 2 of me playing through entries from this Jam! This time I managed to split the audio channels properly, now I just need to find a way to muffle my mouse and keyboard sounds on the more click intensive games better and i'll be set.

Here's a link to my own game;

And the times and games played in the video;

I loved uncovering the scenes from the past and using the restored platforms to solve the puzzles. I felt where items from the past were missing was properly hinted at, overall a great design, great time!