2d-platformer with only one platform at a time
Submitted by swescot — 1 day, 9 hours before the deadline
Add to collection 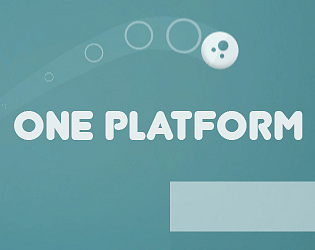 Ranked from 83 ratings. Score is adjusted from raw score by the median number of ratings per game in the jam.

It was pretty fun to play. If the controls were somewhat more precise, I would love to play more levels :D

Thank you! I’ll have your feedback in consideration for coming updates. Is it the small acceleration that makes the controls seem less precise to you?

This is AWESOME! So pretty, so fun, such a interesting concept. Loved everything! I hope there's more levels in the future for me to play.

Submitted
By The Blade
LikeReply
swescotDeveloper1 year ago(+1)

Thank you very much! I will definitely be adding more content. If you want to you can follow me here on itch to get future updates :)

This is a lovely platformer, that is immediately understood.  There were a couple levels towards the end (The one with two long vertical platforms, and the one where you need to hit the underside of the platofrm ) that really stood out, showing how you'd developed to work with the main mechanic.

I just wish there were more levels!  Definitely consider continuing with this

Thank you very much! More content is on it's way.

Nice game! I have created a different game with that same idea of one platform. I will be happy to hear what you think about it: https://team-toom.itch.io/lonely-platform

Thank you! I will make sure to check your game out tonight. There seems to have been many single platform games, all will different takes.

A quick and fun game!

The game is really short, but the experience is really pleasant. The concept is really interesting, and the game is highly speedrunable.

Thank you! I'm glad you liked it.

One platform for platformer is a very nice idea.

Submitted
One color. One direction. One button. One life.
LikeReply
swescotDeveloper1 year ago

Cheers pev. It was actually great fun figuring out how to turn the one platform idea into a fun experience. I do have ideas for mechanics I might implement in the future. But I don't want it to be too long either, so we'll see.

There is another game with the same base idea (one platform), but slightly different (time based) solution. I like it too. You could see it.

Yes, there are a few games actually. It's cool to see how such different games can come from the same initial idea.

I really, really like the level design for these mechanics. I would love to see a full release!

Really fun! Wished that there were more levels, the game feels really good. I would like to see more than the next platform in some way, maybe show the 3 next platforms or so but highlight the one that is going to be active next time?.
Anyway, good job! I needed 90 seconds to complete the game, I am so bad haha

Thanks for the feedback! Glad you liked it :D

haha this game is super fun and frustrating when you get "Unlucky". The puzzles are well made and well thought of! good job developer! :)

I love the game ! and the level design very good job !

Thank you Anthonym! Glad you liked it.

It has an amazing design. You see many "one platform" games here, but how this one handled the idea and the puzzle-like approach of the levels make it a clear top 20 entry

Thank you! Glad you liked it.

I really enjoy this one!
I love how simple, cute, yet funny and challenging it is.
Took me a bit to catch on that I was getting pushed down before the other platform was spawning because I was going through it but I really like this concept and challenge. very nicely done!

Thank you! Great feedback. Something to think about for future games :)

Fun and challenging. One of the better "one platform" designs I have played. Great music and styling.

Some feedback: The platforms snapping to active is kind of distracting. maybe a more subtle transition?

Thanks! Appreciate the feedback.

Good simple fun. Hitting the vertical walls was a bit tricky, but a great take on the theme :D

Hey, I sent you this on discord, just wanted to post it here too for others to see!

First, nice job getting Unity to work with a web game. Its always been a massive headache for me. You have my respect, admiration, and jealousy that you got it working.

Overall, I think your game was fun. The art is very simplistic, but it's very good for what it is. I really enjoy simplistic art so I like it a lot.
Sound design was good. I don't have much to say about it, but I consider that a good thing because it was there, consistent, and good. Great job with the sound.

For gameplay, I think overall, everything felt pretty solid. It took some slight getting used to. it wasn't so much the controls being bad, as it was, me trying to learn to play your game. which is a good thing. the only negative thing I have to say is, the few times I had to bounce off of vertical walls, I felt like I didn't have as much control over the character as I would've liked. however, since that's my only complaint, the gameplay is good.

Thanks again for the solid feedback!

this one was really fun and the ramp up of difficulty felt right. I had fun going through the game.  And I while the graphics are simple I just love the smiley face

Very cool idea! I like how you integrated the speedrun timer for extended playtime as well!

I'm happy you liked the timer! I've been trying to improve my personal best for quite a while, hehe...

This is great, the sound design, gameplay is all wonderful, 5/5

I adore this simple, but well polished art. Speaking about idea, it's pretty decent, and I enjoyed my play through. Nevertheless, I'm not keen on the movement in the game, from my point of view, it feels cluncky. Luckily, it doesn't spoil the game much.

Submitted
One Spear, One Kill
LikeReply
swescotDeveloper1 year ago(+1)

Thank you for the feedback! I think you're right. Sometimes the movement is frustrating. I should have allowed a bit more control of the stop/start.