The card game where you draw one card and it's not how beefy your card is, but how you use it that counts
Submitted by Scrap (@scrapmetal134) — 3 hours, 3 minutes before the deadline
Add to collection 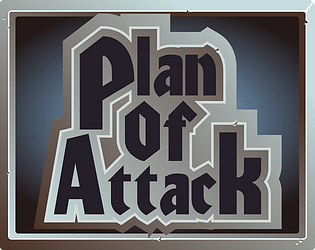 It's a nice concept, but the design makes it so the correct choice is to always pick the mode the card says (at least if the AI chooses randomly). Winning an attack, winning a defense and winning a support should do different things. So when you draw this super good defense card, maybe you still want to try support - because you really need to heal right now! Or when you get this great attack card, you don't attack because the opponent has a shield this turn, or something.

While not perfect, the bot is not random either (other than the first turn as there is no historical data to base its choice on).

If you could, would you mind filling this survey out for me as well? Thanks!

The theme of the game isn't that much important. Actually. you should go for the theme that fits the mechanics the most. There seems to be something missing from the design in terms of mechanics. I'd say if you want to make this into a complete game, you have to complete these gaps first.

Will the player build his own deck like in MTG? Will he build it and improve it incrementally like in slay the spire? If you improve the game to release it, I'm not even sure I would keep the "only one card" part of it, because even if it is an interesting constraint in the context of this game jam, I don't think it would be a lot of fun in a complete game. It removes choice, and choice is important.

Maybe the cards could each have a good side and a bad side. Like the card has an attack symbol, and says if you win you deal 2 more damage. But if you lose, you take twice as much damage. Now playing it as attack or not is a real choice. Then again I'm not sure how interesting this would be. It still feels more like random guessing than strategy.

Thanks for the feedback, will do!

Interesting idea for a card game. Don't know if there is any ways to strategize,  or is it just a guessing game?

It is too much of a guessing game right now.

I had originally thought the strategy would come from trying to anticipate the opponent's choice and deciding whether or not to just go for direct damage or attempt to chase a special effect.

The AI is built to rank it's choices based on past outcomes. So it doesn't just choose randomly (other than the first move.)

A good idea for the theme. I like the way you think it

Fun idea, however, it felt really really random. The special effects didn't change any of the regular tactics of RPS, except that you were kinda obligated to take the special effect because it was always better than regular play.

I think with two small changes the game would be much more enjoyable to me:
1) Have both players see the card the opponent has drawn. This way you can reason about what he is gonna do: "Oh it has a special effect on an attack win, should I play defense or will my opponent anticipate this and go for a regular win with support, anticipating my defense play?"
2) Have some cards with special effects provide an effect for every choice. This way you don't take the choice away from the player (Since right now taking the effect is always preferable over not taking the effect)

Oh, and I really appreciated the mouse over text! That way no tutorial was needed, which was neat :)

Nice animations and UI, though I'd rather remove "Player One Turn" window, it requires additional click on Ok when I explicitly understand which turn is it judging by the card's position. But game is just a whole random and it doesn't need me as a player.

I'd recommend to make cards with different effects depending on the mode player uses them and make cards visible to opponent. This can create interesting gameplay situations with bluff and unexpecting turns. Good luck!

A pretty looking game, but at the end just basicly glorified rock, paper, scissors, where the outcome is basically decided by blind luck. Maybe if the outcome of the fight was decided after putting two cards in different positions it would be more fun.

The first thing that ill say is that this game is pretty, it looks good and the animations are smooth, that said there isnt much game going on, the player is never involved in decision making agains the bot, its just rock-paper-scissors with not even considering what the other may have, you only click what the effect tells you to pick. Maybe playing with another player can be fun by doing game theory but your choice is always set in stone as soon as you see it has an effect.

Theme, it fits it for sure, maybe to its detriment, but fits for sure.

Its rock-paper-scissors so not a wild concept, but that said i think its the only card game entry.

While not perfect, the bot does rank it's choice based on the outcome of previous rounds. You can test this by playing just one mode and the bot should start to play the counter more often than not.

Interesting take on rock, paper, scissors. The card sounds are nice and the game is easy to understand quickly.

Animations looks sleek and the idea of using just one card was imaginative! A little too much randomness for my taste and not much player skill. But, I had a laugh while playing with my gf and definitely appreciate the multiplayer option!

Rock Paper Scissors with a tweak. Nice game, I would prefer the animations a bit faster btw.

Thanks for the feedback! Maybe I will make it a setting in the future.

Wow card game, it's really cool to use the only one concept on it, interesting

It's an interesting take on RPS, and all the visuals looked great! I thought the "on __ mode" effects were interesting, but in my experience they took away from the mind games and decision making aspect because it was strictly better to put the card into that mode. But overall,  nice job! The flavor text was a nice touch as too.

Submitted
Only One Sun!
LikeReply
ScrapDeveloper2 years ago

I lost to the bot and chuckled a bit. The RPS design makes it simple to understand and is backed up by good visuals. I really liked how the cards had special effects depending on how they were played

Submitted
One Shot, One Kill
LikeReply
ScrapDeveloper2 years ago

I enjoyed it quite a bit. But maybe the cards could have something like a sideeffect, as I thought my decisions depent mostly of the bonus. Maybe something like "You gain a bonus when you choose attack, but also lose more, when the enemy wins" or something like that.

It's pretty fun to play!

This is fun and easy to pick up, nice!