An arcade strategy game where your only ability kills enemies and makes your life harder.
Submitted by Team Cobalt — 1 hour, 19 minutes before the deadline
Add to collection 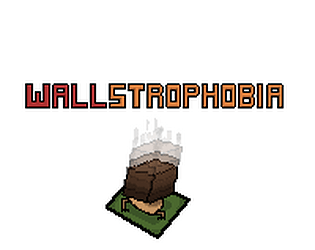 Interesting game with mechanic that makes the conflict between spamming walls and placing it as less as possible. It forces to make your own strategy, good game.

Fun game where you have to place walls to crush enemies that chase you every time you move. The game gets harder the further you go and has a good difficulty curve.

I love the fact that you put making the game harder into the players hands! The more spaces you lose, the less you have  to work with! Really fun concept! I would love to see more enemies thrown into the mix! Had a lot of fun with this!

Funny game, I would add diversity to the enemies like for example one that can rush multiple case in one direction and destroy the blocks alongside the way, sadly I'm very bad and could only get a 10 points...

This is a fun game, but it's not entirely obvious how it directly plays off the theme, aside from the idea of "you only have one ability"...

Smart and really hard, I couldn't get pass 2 kills for now haha.  I must git gud.

This is great! Very fun game.

This is pretty fun and addicting. It is a compelling strategy game.

Interestingly designed game. Was able to get my highest of 135 points before dying.
Once you learn the bomber behavior it's easy to exploit to reset walls and get kills. I think they're a good enemy but you guys should look into it more to make the game more challenging :)

Good work for the jam 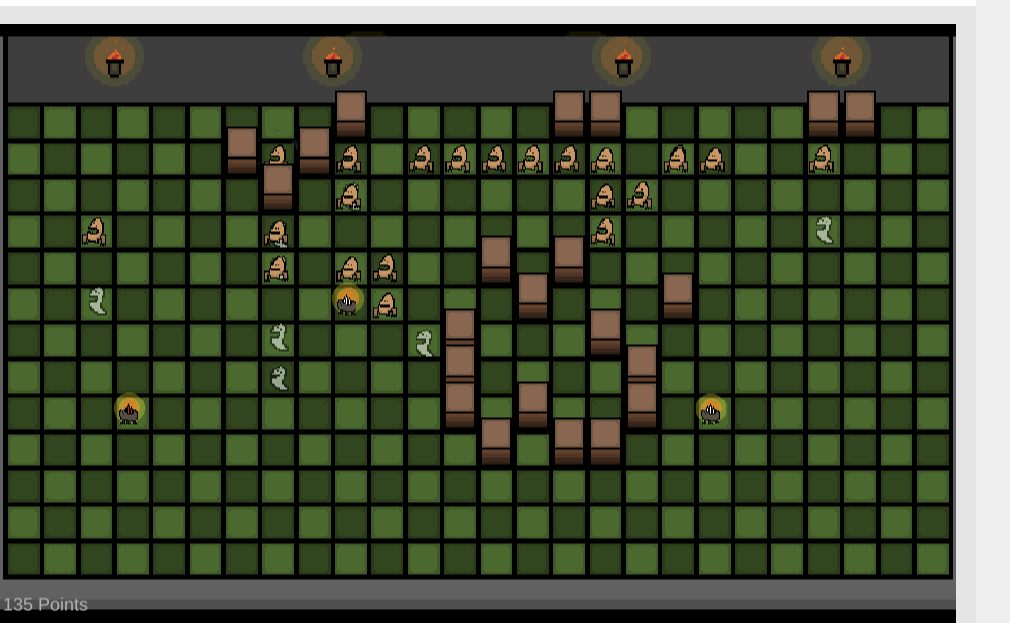 I just read this :P

(Side note: I now hate the Bombken because it very nearly destroyed the whole game a half hour before finish.)

Great puzzle game! The random spawns of the enemies are a really smart choice, as otherwise you could do some really exploitative things to get virtually infinite score. It feels great, there's a lot of strategy and it feels really rewarding to look ahead several steps and have your plan work out. One thing I didn't like at first was the idea of "parity": for example, if a ghost is 2 squares away from you, then there isn't a good way to kill them. But after a couple tries I figured out how to deal with that by placing "throwaway" blocks and running into the blocks I had just created and the parity became a really interesting obstacle to deal with.

One missing thing I'd personally like to see is the means to "go infinite", since currently walls trap you in more and more and you'll always eventually lose. Since it's a turn-based puzzle game, I'd also consider including an "undo" feature in case players mistype something.

The sound is way too loud (and scared me) when the candle enemy killed me, though, so would be nice to turn that down.

These are small complaints though and this is awesome work, esp. for high school students! In terms of design, this is probably in the top 10% of games I've played.

It was a fun! I built a wall around myself and watched how enemies trying to get me. And somehow one enemy did enter my fortress and killed me.

Yeah. It was ghost enemy. I didn't read description. My bad.

Fun little game! Easy to get into, and the difficulty ramps up nicely .  I wish I cold have use the exploding enemies to my advantage a little more, and not being able to see the ghosts in walls is murder. Great job

I like this game, however, personally it's too hard, considering the random beginning. Any way, it's the smooth game.

Really enjoyed this one and honestly spent more time on it than most of the jam games! Great main mechanic, good execution, and very addictive. The only criticism I have is that my brain is wired to move with my left hand and aim with my right, so it would be cool if there was reconfigurable controls or something. I couldn't count the number of times I died because of my own stupidity when forgetting controls. This is obviously my fault, but it would be nice :) Great game!

Really cool! The idea of having the maze building and enemy killing linked together is super clever. I tried just going for kills, but found I would quickly get my self pinned into a self made corner this way. It really forces you to think ahead and plan, assessing the potential consequences of placing walls! (despite this, i only managed 10 points)The control scheme did feel a little awkward, I think mouse controls for the walls might have been more intuitive. Aside from that though very nice job!

Submitted
Only One Sun!
LikeReply
LunasiiSubmitted3 years ago(+1)

Great main mechanic! The idea of dropping walls to kill enemies is explored very well with varied enemy interactions, but I felt the pacing could have been faster.

This game is really, really good.

The art falls behind the rest (even though the potators are really funny),  but I don't mind it, since art is not something important in this game jam.

I really liked the mechanic of the wall, which is a double-edged sword, although maybe it doesn't really fit the theme, at least how I look at it.

But, even though this is a game jam and following the theme is important and is probably the worst part of the game, the rest I find it great. It's simple yet engaging, really fun, making you think a few steps ahead. Congratulations on a really good game!

Submitted
ONE BULLET, ONE LIFE, HALF A MINUTE
LikeReply
Deleted postDeveloper3 years ago
Deleted 1 year ago
Reply
Ignacio GarciaSubmitted3 years ago(+2)

Man this is fun, it is much like chess but with more murder. Not the best looking game but it has smooth animations.

Gameplay, this is where the game shines, not a weird or complex idea but its in its simplicity where the game excells, each movement must be thought having your enemies into considerations, they can pin you down easily if not careful and when different enemies show up it becomes a nightmare.

Adherence to the theme, the weakest link of the game, it technically fits it but the game doesnt shine because of it.

Originality, as i mentioned this reminds me of chess as how it is meant to be played and games spanning back as much as Rogue cover the mechanics of array of tiles and enemies move with you once per turn, but its still original given the theme.

Thanks for the feedback! I can really see now the similarity to chess, where foresight gives you a real advantage.

Note that as mentioned in the description, I am the other developer on this game.

Really compelling game, I tried for a while but only managed to score 33. The only thing I would change might be the control scheme; I think most games have you move with the left hand and aim with the right, so the fact that it was the other way around really messed with my muscle memory.