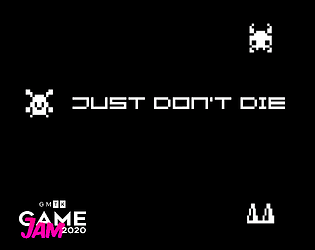 Ranked from 70 ratings. Score is adjusted from raw score by the median number of ratings per game in the jam.

How does your game fit the theme?
You can't directly control the character, which moves fast towards the goal, you may interact with the surroundings, but most things you'll see are out of your hands

The clicking to stop the little dude idea is really cool!  I liked the simple black and white pixel art too.  Take peoples feedback and improve the game.  Still, congrats on submitting a cool puzzle platform game to the jam! Please check out mine if you haven't :D

Yo’, LFJ Templar here, thank you for playing

I really like the idea! I wish the restart after dying was faster, but it's a fun game nonetheless and the graphic is really really cute. Great job!

Yo’, LFJ Templar here, thank you for playing, we’ll be changing the restart to a more faster one after the jam, so feel free to check it out then.

Hey very nice concept! And I like the graphics (especially the bleeding effect when the bunny dies). Like others mentioned it does seem a little rough around the edges, but I'm sure if you had more time it would be polished up and great! And ya a faster restart would be nice... but again I did like the bleeding effects...

HEy, LFJ Templar here, thank you for playing, we’ll be working on addressing all these issues after the jam, feel free to check it out again then!

Hey, I've seen some bugs mentioned on the game page, as well as encountered some by myself. Sure, some of them are too serious (The lift, that I should lift up to get the key, started to go up by itself when I restarted the level. It made completing the level impossible).But let it not distract anyone from the fact how interesting the game's concept and gameplay is! I also liked the learning curve and how different mechanics (such as key) were introduced. The art style is minimalistic but satisfying and fits the game well. My main concern is the restart button. It's strange to ask the player to click ESC and then restart manually when I already died. I was confused in the beginning and thought the game is broken. But I believe these bugs can be fixed by you, and you made a good game for 48 hours!

Thank you very much for the feedback! We do think it looks promising and will surely put out a new version as soon as we can. Btw if any of the bugs you found where not on the list, it would be awesome if you could tell us about it. Again, thanks a lot!

This is a cool concept! I feel like it's really tough to play on WebGL, and when you die you keep respawning at the point of death so you have to refresh. But it would be neat to see it with some more polish!

Yo’, first time I heard about the respawning in the point of death, we’ll see into that, thank you for playing!

Of course! We'd love your feedback on our game as well, if you haven't already. SpaceBus

Cute game! I think that the health can be changed to probably "patient" of the bunny, and set it to a clearer times left. That may allow you to make longer and more interesting levels

Thanks! We’ll look into that :D

I think the idea has some potential in it. Maybe it could make a good mobile game (tapping the screen really suits it). There are some issues already mentioned by other people, and the web version has a really tiny screen, but I like where were you going here. Good job!

It's a good concept, but I feel like the implementation could use a bit of work; Survibunny moves quite quickly, so it's difficult to come up with a plan on the fly, and levels tend to barely after they start, which doesn't help the flow.

Yes, definitely needs a lot of work. We’ll work to implement the concepts better, like Survibunny’s speed will vary along with a planned difficulty bar.

Though very buggy, I like the idea and I could see it well implemented in a nice puzzle game. Other bugs I found are that the retry button doesn't work in level 1 and in level 2 or 3 (don't remember) if I click on the trampoline it works as if I clicked on the bunny (maybe it's just because of the hitbox). But still, good entry.

Thank you, yeah hitboxes are too large. Will solve on a later update, along with an awful lot of bugs found by other players :)

I had a problem with the first level with an enemy. I couldn't make it to work on the Web version. The platform started moving from the start of the level, making it impossible to avoid the enemy. On the standalone version, it worked without problems, however.

Another small detail that I didn't see mentioned in the comments, the beeping sound in the menus was only on my right ear, which is quite annoying. The music sounded fine on both.

Other than that, nice game!

Thank you for the feedback. Yeah, there’s a weird thing going on with audio, sometimes it sounds only on the left, some other times just on the right. The platform issue isn’t actually a web version only, it’s actually the platform hitbox overlaying the restart button. Again, thanks :)

Would have loved if the game auto-restarted the level quickly after I died - got a little frustrating having to use the mouse to play and a single key to restart.

Mechanics were well introduced, levels were challenging but interesting. Enjoyed the music and the overall theme.

Submitted
Out of Key
LikeReply
LFJ Game StudiosDeveloper1 year ago(+1)

Thanks for reaching out to us, those issues will be solved in a later update :)

This artstyle paired with the unforgiving gameplay gave me some serious flash game (I'm thinking Nitrome, Miniclip) vibes, which in my book, is fantastic! There's a whole truckload of potential here, and with some polish, you could have a real great game on your hands.

Thanks a lot! The moment I read miniclip I got on the feels train. Really thank you, we’ll be doing so. Cheers

Although I've seen similar entries, yours was pretty fun to play with trial and error-ish twist!

Really shows potential with just a little polish and difficulty tuning. And yes, as others have mentioned having a quick-retry button is crucial for challenging games like these.

Thanks! will most certainly do :D

Awesome job if this is your first game. I had a lot of fun playing and its an interesting use of the theme! Really impressive. My only feedback would be; having to press escape to click retry is annoying; maybe add a hotkey? (r) And if I die maybe auto-retry after 3 seconds. Overall, really cool stuff though!

Submitted
Tower of the Unknown
LikeReply
Tom RaffertySubmitted1 year ago(+1)

the concept is great! sometimes I seem to just die when it doesn't look like I get hit (maybe the colision shapes are a little big?). the only other problem I have is that the game is mute but when the countdown starts the level suddenly loud music starts playing which was a little uncomfortable. overall a great little concept

Yup, the hitboxes are rather large. That & the sound issues will be fixed in a post jam update. Thanks for the feedback :D

Cool game, bunny seems to take damage randomly and would have prefered instant restarts instead of having to wait 3 seconds or go through a menu.

Thanks!! We’ll be changing many things after the jam, those include the issues you just mentioned.

Really liked the design, was hard to understand what to do at first, but once figured out was a fun experience.

Once I went back and read the instructions it was a very enjoyable experience :)    Good amount of challenge and pretty responsive system.   I did feel like it was registering more clicks than I was making.

Yeah, we’ve been told that. Surely looking into the clicks thing. Also thinking on making a little tuto. Thanks for sharing your thoughts!