Play Pac-man as a ghost!
Submitted by elektito (@sirelektito) — 1 hour, 11 minutes before the deadline
Add to collection 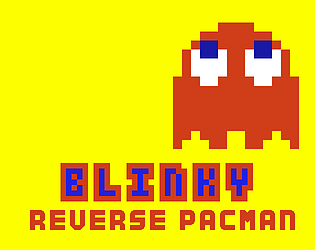 Game Description
Play Pac-Man as one of the ghosts, and defeat the yellow hero.

This is a really cool concept, and I had a lot of fun with it. Trying to corner him and run into his path, or make him run into a different ghost was so much fun. And it was just as tense when running away from pac-man as it running away from ghost in the original game, which was really cool.

I also just want to add that it was very clever to leave a bit of red on the ghost so we can tell who we are when we are blue.

My one complaint is that the game doesn't seem to function on a restart well. The score continues from where it was and when I kill pac-man it ends the game.

I saw others said that there's a balance issue, if there's only one dot he will die getting it. You *might* want to fix that, but honestly I think it might be fine. Maybe there should be a timer along with the low score to see how fast you can kill Pac-man, and players can continually try to lower their time it took to kill him.

Thank you very much for the feedback. I've already fixed some of those bugs which I caught too late. Tanking the end game was something that I had expected from before, but really couldn't think of a good way to fix it in the jam week. The timer is definitely one of the possible fixes.

Submitted
RAIFSITTIA: Royal Army invaded my forest so I turn them into animals
LikeReply
Touff97Submitted1 year ago

Really nice to transform an existing game and keep it interesting and fun to play. Fun to hunt and be hunted. Good job!

Fantastic idea. It felt like I was on the other side of an arcade cabinet, thwarting the actual player. I wonder if this idea went one step further and enabled full-on asymmetric multiplayer Pac-Man!

Actually that has been on my mind for a few days. Thanks for giving the game a try.

Good submission! Definitely what it says on the tin, it's reverse pacman! 😁😁 I enjoyed it though! I think my only complaint is that it was kind of difficult to tell exactly when Pacman had the powerup enabled, so at first I died a few times without knowing what happened 😅 Any QoL fixes for that could make it less faithful to the original though. Congrats!

Hmm. Didn't think about that, but it does make sense. I mean in the original, you played as pacman, so you always know if you have the powerup or not, ghosts be damned! But in this case, there should be an indicator.

EDIT: Actually, thinking more about it, doesn't the ghosts turning blue indication enough? I mean, doesn't even matter if he has the powerup, if you're not blue, you can get him (e.g. if you've already been captured).

Nice game! Pac-Man's AI is fantastic, you did a great job with this, and the fact that it's a reverse of a classic really re-enforced the jam theme. I think I found a small bug where my sprite spawned as invisible except the eyes until I died the next time, not exactly sure what caused it, and not a big deal as it wasn't game breaking, I just thought you might like to know about it. Overall great job!

Thanks for the feedback. Yeah, I've seen that bug once or twice. I just wasn't able to properly reproduce it to see what's causing it.

I may be wrong but I think the bug is caused by a ghost killing pac-man before the player has fully regenerated, overall great submission though!

Well, that's something I can look at. Thanks a lot.

Managed to take a look at the code. Yes, this was it. One again, thanks a bunch!

Finally won against that damned yellow circle, lol. But no, it was honestly amazing, loved the reverse concept of pac-man! And that ending, kinda cute, but scary too

Great idea and execution, the visual/audio sounds like the original so no complain here.

My only issue would be the speed, it feel really fast ?

If you keep playing after winning, pacman suicide himself on you if you don’t move.

Yeah, I have to admit that I didn't have time to find a solution for the end-game. If there's only a single dot remaining, he'll probably die trying to get it. I knew there should be a way to not allow tanking the endgame, but I just ran out of time. And the game has obvious balance issues. Thanks for playing, and for the feedback.

Oh my god, the ending cutscene is sooo cuuute! :33

Brilliant take on a classic, well done! Really enjoyed it. ^_^

Thanks! The cutscene is not everything I wanted it to be, but I'm still very proud of it! :)

This game is awesome! You should really work more on this!

Thanks for the encouragement! I do have some ideas for expanding it. Mostly the original ideas I had to ditch to make it in time for the jam. I'm gonna see if I can add some of them after the jam.

Original take on the theme! Thanks for the game

Submitted
You are the coward!
LikeReply
hansonrySubmitted1 year ago (1 edit) (+1)

This is really clever! Nice job.

wow the guy playing with pacman was better than me

At my first try, I camped over the last big pill when the other three were eaten, so my score was terrible, but the victory unavoidable. The original Blinky never had that idea. XD

Looks like there are some bugs, tho. After one game Pacman always dies at one hit, had to reset the game. And sometimes he dies suddenly for unknown reasons. Also, there was one time that I was eaten and when I went back to life, my character only had the eyes.

Anyway, I really like the ending with Pacman joining the group. XD

Yeah there are definitely bugs I didn't manage to fix. Thanks for playing.

What a cool twist on the original idea, really liked it! 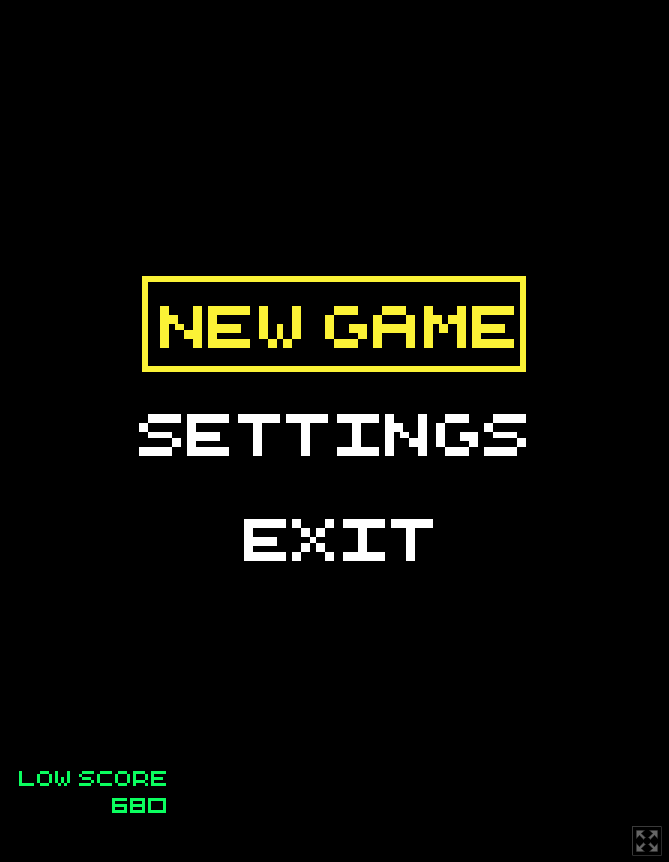 I encountered the same problem PhindieGames had, score and lives don't reset if you continue playing after winning ; also, I'm not 100% sure but after Pac man eats a big dot, when my ghosts stop being afraid and find their original sprite again, Pac-man keeps eating them ?

I think I've seen some of the bugs you mention in passing. I just couldn't properly reproduce them and I was extremely busy figuring out lots of other things. Still I need to investigate more.

Exactly as it says on the tin, well done! It was fun playing the game this way. I did feel that it was at times hard to take quick turns. My best low score is 270 :)
It looks like continuing after a finished game doesn't work quite right (the score continues and lives don't reset).

Hmm. I thought I'd fixed that but maybe it still happens under some circumstances. I need to investigate. Thanks for playing and leaving feedback.

Awesome idea and execution. Also the animations when loosing and winning were lovely.
In the end you just have to camp some crumbs so pacman can't win, even though there are probably better strategies to get better low scores.

Haha, yeah I had thought of that, just didn't have time to think of a way not to let it happen. Thanks for playing.