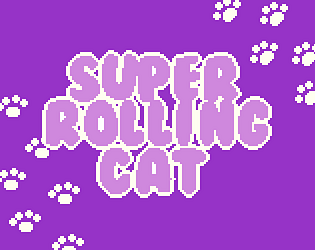 Submitted
Shadow of the Titans
LikeReply
gilzoideDeveloper2 years ago(+1)

As much as i like the look of pixel filters I don't really buy it for this. Perhaps you could've made the collectibles, gate, and cat in the ball out of 2D sprites to sell the illusion of it being runnable on Gameboy hardware? Also could do with some more feedback for inputs. Monkey Ball accomplished that by having the controls tilt the world rather than push the ball - a distinction that also subtlely but importantly altered the movement mechanics - but in your case some slight camera tilt or zoom at speed might be helpful.

Glad you liked the look, even though it doesn’t look GB authentic.

To be honest, we were not worried at all about making the game look like it could be run on GB hardware. This old console style vs new technology feeling was intentional.

We actually tried to tilt the stage instead of rolling the ball and some slight camera adjustments when moving, but none were feeling good and we just kept it the way that felt better. Due to the time, we had to keep moving on to other features.

Nice! I liked that you used the concept of super monkey ball. It would be nice if you could add scene transitions, as it felt sudden when the scene changed.

Yeah, changing stages is not a very good experience, sorry about that. Unity makes it easy to replace scenes, but there is no transition logic builtin, so due to the time we ended up not making it =/

Thanks, glad you liked it! =D

We actually tried to tilt the stage instead of just moving the player, but it wasn’t feeling right at all, so we ended up rolling with just rolling xD

Wow! Very impressive looking graphics, especially given the color palette restriction. Finally a Super Monkey Ball-esque game that I was able to beat hahaha! You all did a wonderful job! This was a delight to play. Cant wait to see what else comes from you all!

Thanks, I’m glad you had a good time! =D

It actually looked better while developing, because the lighting was more accurate. Probably tweaking the web player configs would have remediated this. We made the final build minutes before submission ended, so…

Did you manage to get all 44 fish?

Great concept and super fun! love the old supermonkyball games of past. Maybe a bit out of the realm of Gameboy feeling but still an awesome project!

It was really fun exploring this mixture of old console vs new technologies feeling, even if it is not GB authentic. No regrets =P

Really interesting super monkey ball-like! I enjoyed the variety of levels and collecting all the fish!

Thanks, I’m glad you enjoyed it! =D

Did you manage to get all 44 fish?

It’s not very much Gameboy but it’s very much fun!

It has a nice Fall Guys touch to it and kept me playing until the end.

We knew it wouldn’t exactly look authentic GB, but couldn’t resist making it like this. It was a really interesting experience =D

Nice and solid game, the simplicity of the levels make them very readable in such low resolution. Might not be very Gameboy authentic graphics and sound wise, but it's really fun. Good job.

Yeah, it is not accurate GB, but it was a really interesting concept to explore and we just couldn’t resist xD

I really liked the idea, after all, who doesn't like kittens? ^^
The soundtrack is very interesting, and the game is very fun. Some levels reminded me of Fall Guys, a game that I've seen a lot of people play, and your game has just as much appeal.

I confess that sometimes the colors end up confusing with the background. A cool idea would be if the kitten model was a sprite instead of a model, so it would have a more interesting highlight with the scenario, like the collectibles.

A very great idea would be to explore the movement of the scene as in Monkey Ball, it would have a beautiful dynamism, and even with the colors, it would be incredible.

Thanks! ^^ It was a very interesting game to make!

The lighting looked better while developing than in the web build, probably changing something in the export configs would remediate this. The collectibles are actually 3D models, but not affected by the lights. We probably could do the same with the kitten, but due to the time we ended up overlooking this.

We also tried to tilt the world instead of just moving the ball, but it didn’t turn out well, and again due to the time we just rolled with just rolling =P

Cool little monkey ball style game. I ended with 34 points! I think you did well to translate a fully 3D game into 4 colours, I was still able to recognise my character, the level, and the goal.

The camera did act a little bit strangely at times, but it wasn't a huge issue.

Thanks, glad you had a good time! =D

We tried some movement and camera implementations, even tilting the world instead of rolling the ball, but none of them were perfect and we just went with the one that felt better, so we could continue to the other features.

Reminds me of super monkey ball! It was ambitious to do a 3D game with only a few colors. It looks great and I really enjoyed. The sense of momentum was great!

The first thing I thought when they invited me to join the jam was “how would a 3D scene look like GB style?”. One prototype later we decided we would make it 3D xD

Charming game! It has a really quirkyness to it, in a good way

What a cute, silly, and fun entry! I loved the music especially. I'd like to see a way to easily retry levels for a higher score. BTW my final score was 31 points :)

I got the game theme stuck in my head for some time after the jam, our sound designer is awesome! xD

We wanted to have a level selector and persistent score history, but because of the time limit we ended up not implementing it.

The first thing I thought when they invited me to join the jam was “how would a 3D scene look like GB style?” xD

Absolutely loved the game! Had a lot of fun replaying it! The timer alone encouraged speedrunning but I think this is truly a fun game to try and beat your best time in! Interested in trying other kinds of runs with this (alternate/weird controllers or even blindfolded)  Great game!

Glad you had a good time!

From the beginning we wanted to have this speedrun feeling, the gameplay was such a perfect fit for it =D

Ideally it would have a stage selector and persistent time history or online scoreboard, maybe next jam =P

I was also surprised and in love with the “READY? GO!” sfx when our sound designer sent us the file to put in the game xD