Before the universe dies, collect as many planets as you can.
Submitted by spiderhead20 — 1 hour, 48 minutes before the deadline
Add to collection 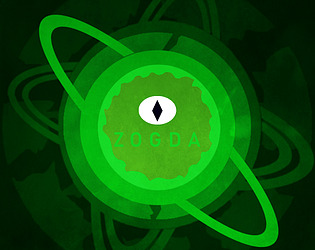 How does your game utilize the limitation and theme?
The theme is used in it's only play mechanic: my character goes to any position of the screen and always comes back to the same position, the focus of collectables it's in the form of collecting planets. This is my first game jam ever :D and my second game created.

(Other than general-purpose custom code)

If you did any of the optional challenges, explain how they were used:
I only worked under a limitation, which is about easter eggs or hidden secrets, in the form of secret planets unlockable by scoring certain points (More details in game)

Super Fun and addicting game! I had a lot of fun destroying planets, I would suggest making the planets spawn/move faster after the player got a certain amount of points.

They actually get a little bit faster every certain amount of points, but I tweaked the value to be small, to make it easier.

Fun and simple game. I think that you can improve the feel of destroying planets you could make the an animation for the score number.

It is a great game!!

Submitted
There and BACK
LikeReply
spiderhead20Developer2 years ago

Those are nice ideas, I could implement them in the future.

I liked this a lot! Great concept, this can easily be a fun little mobile game. I love the simplicity of it, great submission!

the art was AMAZING! I really like these type of games and I think you did an awesome job here!

it'll be nice if you check our game too (:

Thanks for the feedback :) I played and rated your game last saturday.

This game was amazing.  The simple squash and stretch animations were solid, the game play was simple yet still fun and very polished,  the only bug I ran into was a powerup spawned during frozen time and so was still able to move, my only complaint that I can find about this game was that when you hit a planet the whole background would wobble and while it looked cool it was also disorienting and made my headache flair up.  Over all 10/10 one of the best and most polished games I've played this jam.

Thank you! it means alot, I may have overused the camera shake, maybe I should've tweaked its values to aim for a lesser shake. About the power ups moving in frozen time, I decided to let them move, but I realize now that it doesn't quite make sense, for they should've stayed frozen as well.

Thanks for playing my game, I came here to return the favor.

Nice little mechanic, well made. I had a problem when I would click to early and the Zogda hadn't returned yet. Maybe add an audio cue to let the player know they can move out again. The effect that takes place when you fail and a planet touched the black hole was very nice indeed. Good job.

I think that a sound for each time Zogda can't move while being on the run would've been a nice addition, I didn't think of that before.

Simple, but  fun concept. With some juice and visual effects it would feel much more enjoyable, responsive and satisfaying the experience.

I want to know how I can improve my game too, tell me what do you think about it when you can.

I appreciate it the feedback! Ii still have things to learn about game dev skills.

Simple enjoyable game.  Does a lot of justice to the theme. Very cool aesthetic. The  ambient music is apt for the space theme. I loved the  'boink' sound and the effect. One suggestion : instead of the  mouse, you could use the keyboard : arrow keys and an 'cross hair' to aim Zogda and the spacebar to fire.

I would've liked the controls you sugest alot more than the simple mouse implementation I came up with, I like to play with keyboard more than with the mouse. Thanks for the feedback :D

Really nice game man!  I loved the art.  I think the idea is really cool and makes the player make decisions about which planet to go after.

Suggestion: I think it would be better to select the direction you want to go, then hold down the mouse and release when you want to return.  This would solve the main problem I had which was if I clicked just slightly too far or not far enough I would either waste a bunch of time I didnt intend too or not hit the planet I intended too respectively.

Play my game if you get a chance!

Thanks for the feedback! I like the idea of the new way of input to move the character, seems more fun and challenging.

Awesome game, love the hit effect, seems like the whole universe is vibrating, nice and simple concept and really fun all the unlockables.

i enjoyed! very impressive for your first Jam.

Could you check my entry? i'll appreciate it, Thanks!

Thank you! It means alot. I'll absolutely be checking out your game.

This game has a really unique vibe... and the visual and audio feedback are amazing! I would also like to see more content if you ever continue it.

awesome job on your first jam!!

I like the art style and the gameplay is simple and intuitive.  Maybe it's just me, but I would have enjoyed it more with less camera shake.

Thanks :) I should've tweaked the camera shake values a little bit

The visual effects were very smooth, I liked them! Specially the wave of planetary doom, it was satisfying to hear all those HUMS.

I appreciate the feedback :)

142! This is an addictive game. You can only play it for a few minutes, but this is a perfect time waster. This is why it would make a very good mobile game. The sounds are really good and atmospheric, the art is great, I would just change the particles a little bit. Those could be a little better. Maybe if it was more exposion-like and not like it was fading away like  in the avengers. Good job!

It is good to know that it could be a mobile game, perhaps I could do a more polished version sometime in the future,  the fade away animation of the planets was  due to the lack of ideas from myself. Thanks for the rate! I will check out your game.

I got to 126! Pretty happy with that. Really enjoyed this game, really crisp consistent graphics, lovely musical sound effects. Really enjoyed how everything had physics. It was almost like the whole universe was tilting whenever I got a planet, very satisfying. And I was motivated to try and get a higher score! One of my favourites so far. Rated :)

Please consider playing and rating my submission if you get a chance: https://talfuin.itch.io/the-hungry-ghost

I'm really glad that you were motivated to keep trying :D I'm looking forward to hop in and play your game. I appreciate your feedback so much!

Nice game. Really polished graphics and gameplay, but there is a notcable lack of content. Also, I feel like you should have maybe raised the tenison as the game pogressed, but still a good game non the less.

Thanks! I ran out of time and ideas as the week passed, but I will try better for a future game jam, I'll be playing your game right now.

I really liked the graphics of the game, and the idea is nice. You could've made the menus a little better aesthetially but overall it's pretty good!

Thank you! I'm glad that the art of the game was well received :)

I wish I could've made the menus more in the style of the introduction scene, but the idea came to me too late. I'll be checking out your game.

While this game has limited game play it more than makes up for it in fun factor and design. The art and sounds are very pleasing and make me want to collect planets forever. The power ups also have very fun and aesthetically pleasing effects. Great Job! It would mean a lot if you could check out my Jam submission if you get the chance. Thanks!

I really appreciate the feedback :D I was looking forward to create something simple, but enjoyable to play, the implemention of planets as collectables felt pretty fun. I'm going to check your game right now.