Back And WhiteView game page

Submitted by Basyk Games — 3 minutes, 12 seconds before the deadline
Add to collection 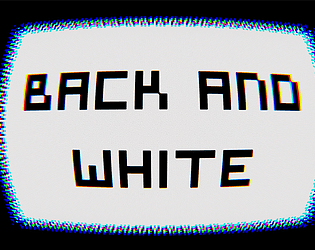 Back And White's itch.io page

Really innovative idea, but I don't quite get how it fits the game jam theme...

Hey, yeah I know hum it isn't really that obvious. But when you're black you are in the "untruth", then you become white and you are "stuck" in the "Truth". That's why at the begin, the game tells you "when you know something you can't forget it" because once you're in the Truth you can't go back in the Untruth. So the game lies to you by showing you a sort of false level. (Poooof mind blow).

In fact it all should've been told with the text below but I preferred to concentrate my self on designing the levels.

Really nice game. Good for you that you got to 23 votes ;)

I really enjoyed playing it, but it has some points you should improve. But before, I would have rated it much the same as your final score, with the theme getting a lower rating. It was not really present in my opinion but the mechanic was fun.

Now to the points that need improvements

Nothing of the points above were game breaking, just general improvements. Going to follow you because I want to see the final/next version of the game ;)

I forgot to add something. I think you used a capsule collider for the character. Please consider changing it to a box collider, so that the character does not slip off of the platform edges ;)

Hey thanks for the comment. I really appreciate it, like for real. As I'm going to work more on the game it really helps me gets forward. About the dialgue, yeah I didn't put much work in it while the game jam but I'm planning on adding a real lore to the game so I'm going to rework, or simply just work on it.

About the movement, for now I added a small acceleration when you start moving but nearly none when you stop. That let the player be more precise when he just want to get a better position when preparing for a jump but still have that snappy movement.

First I thought having a non-ajustable jump height was the only way I'd go to add that difficulty but you made me reconsider it, going to test this out.

White player in white is also a big questionnable point as it, once more, add to the difficulty and really makes a difference between beiing black or white. I'm aware of the issue and still thinking about it !

And about gamepad/controller support, it's in the to do list don't worry ;D

And finally, thank you for reminding me for the collider going to change that right now ^^

Once again I love to see these types of comments, thank you and have a nice day :D

Very good. Really looking forward for the updates ;) Totally forgot to follow you, but I'm following you now.

Thank you. And I love to write valuable comments to help people improve. Unfortunately, it takes quite some time to write these comments because I usually also play every game until the end which also takes some time. Therefore, I'm not able to give much feedback.

If you need a playtester, let me know. You can DM me on discord FireTotemGames#5227.

Hm... Interesting, how does it happens?

Unity only changes some of the files, here is a good thread: https://answers.unity.com/questions/12341/date-of-exe-build-is-not-correct.html

I've also added a screenshot of the top 2 games. (blue: actual date, red: wrong date) The red marked date is presumably the installation date of unity, and all the data of an new project are stored in the data file, so the others won't change.

In this case, its not the fault of the creators, but of unity.

Ehh, what a masterpiece... you don't even need feedback, just release it.

Edit: The only thing is that when the player is white and goes out of gray space, the game lags

Definitely the most innovative platformer I've played so far and I've played more than 150 of the jam games. Though, it was quite difficult to precisely control the cube. The music was alright, but the audio balancing isn't great; I can barely hear sfx over the music.

The pausemenu also looks out of context and doesn't work properly. The crt effect was nice, but it was a bit painful to read the text. I also made a game with a crt effect; it's pretty nice as well. Perhaps you can also add saving player progress and a level select menu. Lastly, I couldn't beat the level pictured below. 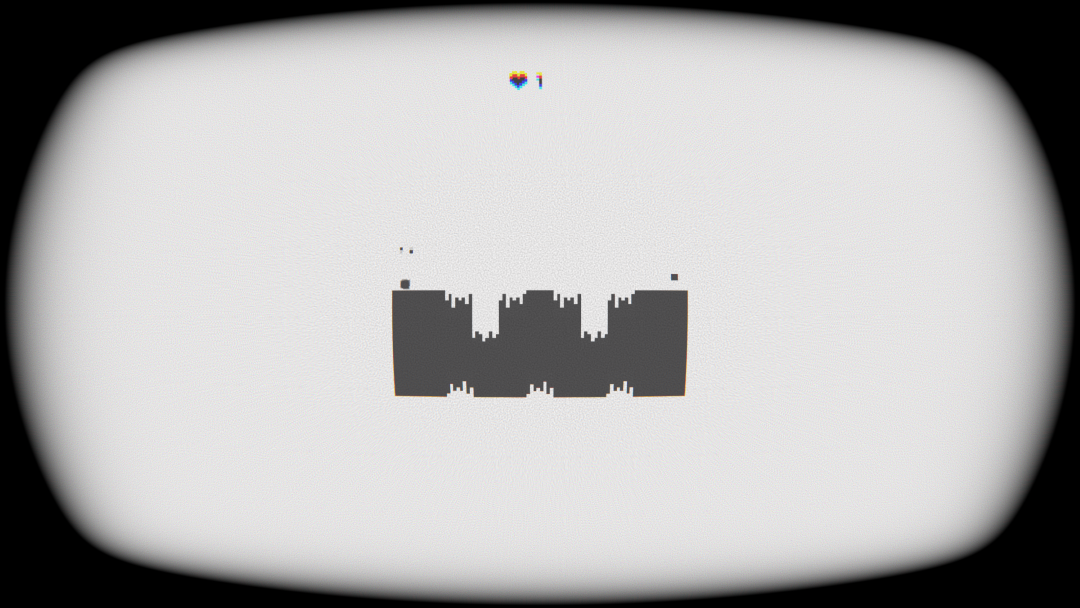 Hey, thanks for the critism , it helps me go forward even if, in fact, I knew most of these issues. Time got me one these ones, if you intersted I'm still going to work on the game and publish a bigger better version some day. And for the level, you do have 100% in air control so the trick was to go left while the player was falling, not too soon, not too late so you could avoid the peaks. (Well yeah it's wasn't that obvious and the difficulty curve might be a bit too steep ^^')

Yeah I did understand how to do it, but the difficulty was too high for me. Congrats on winning btw! I would love to play it some more after you've fixed the issues.

One of the best games of this jam if not THE best I have played. I went through 100+ games and most of them were platformers, so when I saw your game I was like "One more platformer?", but boy was I wrong. This was mot JUST a platformer. Loved playing through each level (with lots of rage quits). Graphics were top notch and I think for the mechanics, black and white was the best. I too felt this hurting my eyes, but I think that is because I played with lights off in a dark room. CRT effect was awesome. Transition from black to white was smooth. I would love to play a full game with 200-300 level in it. This game has everything it needs to be a $10 commercial game. A story narrative would be a cherry on the icing. 5 stars

Wow thanks a lot ! And hehe yep I'm going to polish the game, create a real story, more levels (hmmm, maybe not 300 ^^') and I'm planning on making a soundtrack for every chapter as I love making music. That said, once again thanks, it means a lot ! (Actualy I'm working on it right now)

Awesome, I will love to see what comes next

[insert here] here, so i played your game and i'm gonna say stuff about it now. The game's art is awesome! The game is very fun too. The music and the audio, there all cool too. This is one good game. My only complaint is that it doesn't fit the jam theme. Kudos! Kinda hurt my eyes lol.

First of all, thanks a lot ! And about the theme, I've explained a bit in the description on the game page but I searched for a less direct way of aplying the theme, like at first the game lies to you by showing you a "false" level then when you become white and the "real" level is revealed. And about that hurting eyes thing, yes I know, I didn't had this "issue" myself. But lots of people told me that, sorta kinda werid.

Lol i was partially joking and i you do make a valid point about the theme thing. I'll rerate it now! Thanks! :)

This is one of the most fresh platformers of the jam. I love the black and white mechanics!

The levels are cool and challenging. I like a lot the old monitor style for the art.

The music was good and fitting.

Really good entry for the jam! I loved it!

Submitted
Tales of the Cursed Word
LikeReply
BiebrassSubmitted3 years ago(+1)

-Jump (you could modify jump by button press length)

-Movement length(I found a little difficult to make precise movements cause when button is pressed, the player moves to much)

Anyways really great game, it could totally be someday app game. i would lov to see it. With some story line or level game.

Terrific! The level design is splendid! This is very impressive for only 7 days. Congratulations!

Great game !!!!! Good work :) Post processing was  a little bit more ... but then the game design was too good ... Music was also perfectly suited for the game !!! Rated!

Submitted
The Room of Fools
LikeReply
Funky PepeSubmitted3 years ago(+1)

Bro, this is definitely SO underrated. At this moment, it's the funniest game i've played in this Jam (despite the bug at world 4, btw it's not relevant at all, i enjoyed playing the world 4 a few times).

-The music was sticky, very good to be the only track in the game.

-The graphics are outstanding, i love the bug effect, and the detail of the Lives turning to white when the bug surpasses that part of the screen

-The narrator was on point, very immersive

-The game was a bit hard, but NOT unfair, and that's so good. Only requires skill or memorizing the level.

Repeating myself, i enjoyed this game so much. Good luck in the Jam, and feel free to check the game i've made with my friends!

I Don't know if someone will ever see this comment but speaking about the theme ; In the lore when you're black you are in the "untruth", then you become white and you are "stuck" in what I called the "Truth". That's why at the begin, the game tells you "when you know something you can't forget it" because once you're in the Truth you can't go back in the Untruth. So at first, the game lie to you by showing you only a part of the level a sort of false level. (Poooof mind blow).

In fact it all should've been told with the text below but I prefered to concentrate my self on designing the levels.

Impossibly polished! Wow! Very nice entry. All  5 in every category!