The game is a liar
Submitted by Stephcraft (@Stephcraft64) — 27 minutes, 21 seconds before the deadline
Add to collection 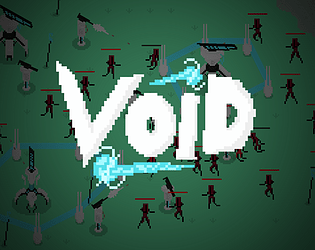 Ranked from 95 ratings. Score is adjusted from raw score by the median number of ratings per game in the jam.

I really enjoyed this game! I thought it was super unique and I loved the art and music. The only thing I thought could be improved was some visual feedback on all the mouses floating around, I didn't realize I was getting damaged until 75% of my health bar was gone. Great game though!

I really liked the game, unfortunately every time i played an enemy got stuck in the top-right tree to the left of the pond but other than that i liked it. :)

I don't normally play tower defense games, but I had a lot of fun with this one! Even though I managed to quickly get lost the first time round.

The art is very well done, with a nice contrast. The sound effects were subtle and effective. The music on the other hand, I found a bit repetitive. So much so that it got annoying after a while (Our game suffers from this too). But that's really my only complaint, I immensely enjoyed playing this. Job well done!

It would be awesome if you could check out our game: https://itch.io/jam/cgj/rate/475808

I really liked running between my turrets trying to avoid all the baddies!

The art style was nice, but I'd add a couple of frames for the turret rotations.

Played and rated. Really liked the story you made around the theme. For strange reasons the enemies ofter stuck into trees, and attacking the turrents not me after the first wave so i just chilled and collected the money and the ui is barely visible.  Don't forget to play and rate my game :)

Great game! It's very fun to play, but the bugs take the joy away a little bit.

Pros: The pixel art and animations are very pretty, the music and sounds fits the game and the gameplay is neat.

Cons: The enemies get stuck a lot, and you have to search them in the map. The difficulty spikes so fast. At the start, I have to search and lure the enemies, 2 waves later seems that there are 1 million enemies, which takes a long time to kill, and the wave takes too long to finish.

Overall: Very fun game, only needs a few tweaks and balance to be a 10/10 game!

Congratulations for the game, it is really cool and really well made. Aside from the enemies getting stuck bug, i killed the boss but it didn't die, don't know if it's intended or not. Overall a great entry :D

Great submission, even if it wouldn't be your first game jam.

I like the realisation of your concept. It does make you dive into the climate of that world and your story is also something that makes you wonder what will happen next.

There are some changes I would suggest though. I lacked a bit of feedback from the game. Screenshakes are great and I'm glad you added them, but I believe it would be a lot different experience if you made particles in this game: for being hurt, enemies being hurt, destruction and some other little details. Also there is this common problem with enemies being stuck (it literally did make me quit on wave 4), and there might be solution to it like a minimap with enemies or a counter with enemies left (it would be a nice detail).

It's a pretty enjoyable game, but the biggest problem with gameplay is shop. It's pretty hard to build something and also it's fairly easy to build by mistake. You could make shortcuts like 1, 2, 3 etc for building. It would make it easier to manage stressful situations and would make the game more fluid. Someone suggestion with player having some attacks is also nice, but I would rather change it for something like pushing/pulling/stunning enemies, as we want sentries to kill.

As I said I enjoyed the concept and all the parts when we were talking with classes were a great idea. You got a nice material to work on.

I wished there were some more interesting connections to theme than a game wanting to kill us, however veiling it with plot made a bit of job there. Maybe if I could get to the end I would appreciate it even more.

Great job ;) Really good mood and nice style. The only thing I lacked were particles.

Also very climatic, however quality of SFX was a bit low ;/ but it was the jam where we had to create everything alone so it's understandable.

Thank you for your detailed feedback! Very much appreciated :D

You have great points, and you definitely added ideas to my improvement list. Particles, great idea! For the sfx, I think its explainable because I made them, while my friend made the good musics for the game, so.. XD

Don't worry, I'm not a Mozart too, so I understand :P

Check out our community game jam game: My best friends. There is the 101 version with a few updates on our web page  www.seabirdentertainment.com. Let us know what you think.

Really liked this! Well made, i like the simple art and audio. The gameplay was some of the best in the jam for me - maybe it would be cool to be able to attack the enemies with the character, like using a sword or something (low damage of course). Did have the issue where the enemies got stuck but it sorted itself out as i played. Well done!

Really loved this game! One of the few actual games I've played from this jam, had tons of fun playing it, such a great job.

There's some problems with enemies getting stuck, but other than that I really enjoyed your game. Good job!

The graphics were nice, the SFX and the music were nice as well, it's pretty fun and it fits the theme really well! good job!

Submitted
You Know Nothing
LikeReply
blue_peanutsSubmitted2 years ago (1 edit) (+1)

I enjoyed it. But enemies stuck are kind of annoying and sometimes the running animation of enemies doesn't work.

Other than that, I liked the idea! Great game overall.

Thank you! You are the first one pointing out the running animation stopping for enemies. I thought I was the only one seeing it! xd

I really enjoyed playing the game, when it worked. Unfortunately the game is pretty buggy. Enemies getting stuck in foliage on a massive map is pretty annoying.  It's also frustrating that the bases are so far apart. I think I managed to get to the end, but the antagonist didn't die. In the screenshot below the evil controller has zero health. However, the game doesn't say "You Win" or something. 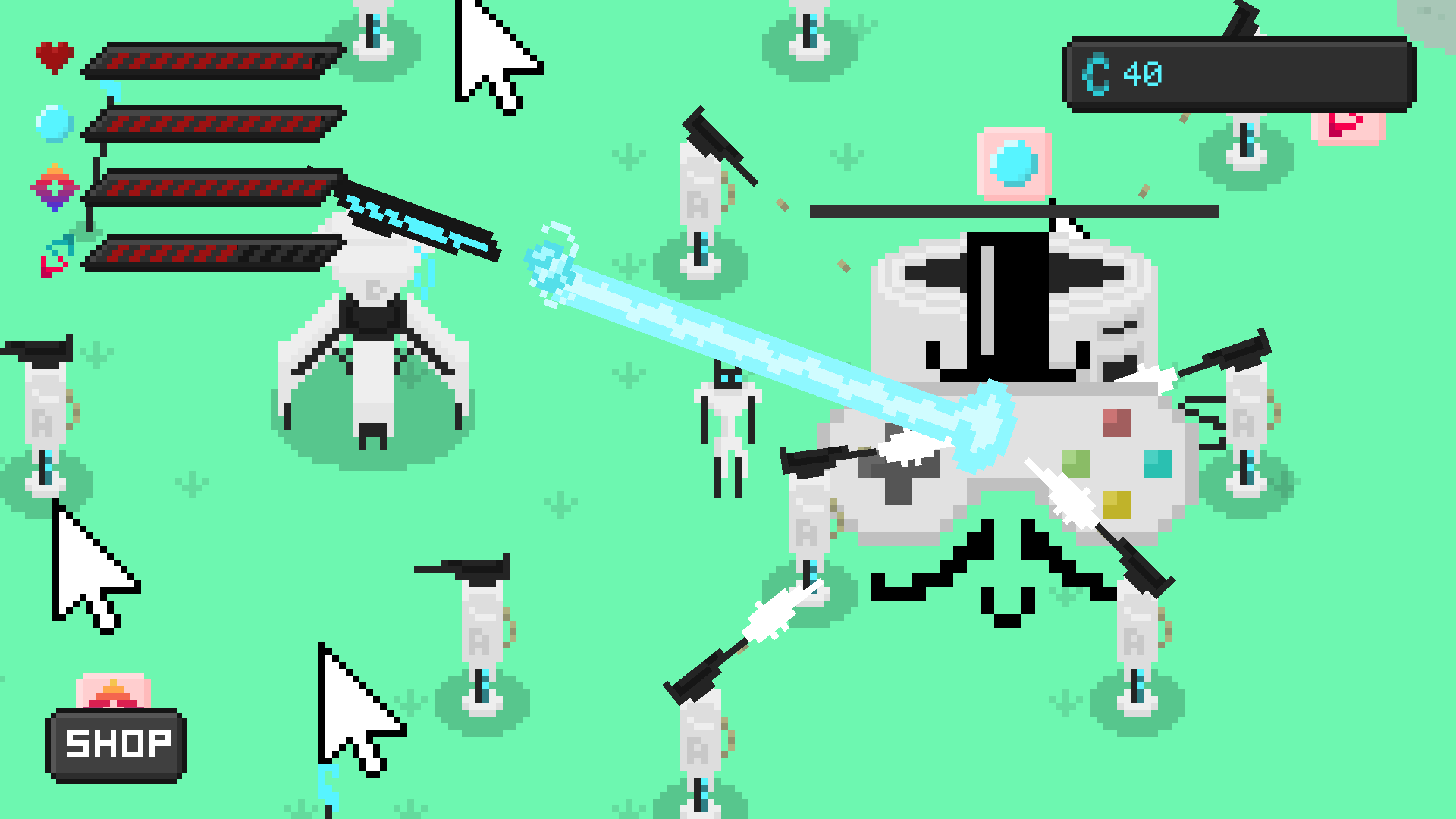 I also noticed that your towers aim at the current position of enemies, resulting in them often missing. You've compensated for this by cranking the firerate up to eleven. For the jam I've also made a tower defence game with a twist. My towers do aim ahead of enemies to account for the time it takes for the projectiles to travel to the future position of the enemies. However, this did bring allong its own issues XD.

Really nice art design. I like the combination of tower defense genre with a controllable player. Please consider playing mine as well. Good job!

I love the art, and UI. Been chasing is really fun, it's not a passive Tower Defense, i really like it. Unfortunatly i didn't find the missing enemy, and couldn't continue. I feel the map is oversized, but i didn't finished the game. I really enjoyed it anyway :)

Feel free to check my game ;)