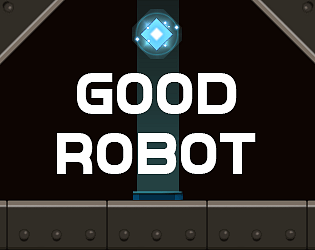 I really enjoyed the game! it was very fun, the music was good, the rover was funny, and the puzzle were very fun. Great game!

Submitted
Out of My Window
LikeReply
sailawayentSubmitted3 years ago(+2)

OUTSTANDING GAME!  I think this game might take the prize!  This is the highest I've rated a game in the jam.  Good luck!  Hope you'll check us out if you haven't already:) https://itch.io/jam/cgj/rate/476728

Submitted
The Race: A Track of Lies!
LikeReply
XuX26Developer3 years ago(+1)

Ouhaaa i'm glad to read this, thank you ! I already rated yours 6 days ago, and that's my highest note too.
But i haven't commented it because i looked for something to improve in your game, but never found ahah.
So i'm going to reply yours anyway ;)

I liked everything about this game! And the music was so calming in my opinion :)

I love the visuals and the audio very much. It was a bit hard for me for the first attempt but I truly enjoyed it as I used to it. Maybe would be better if you can control the game with keys instead of mouse clicking. Very nice entry :)

Baby is You + Robot = Good Robot? Some nice puzzle, though quickly changing gravity direction and star is win to complete a level was pretty difficult (oa in level 9). Overall a good entry.

Cool Game! I like the overall feel of the game and the idea of setting up options for how the robot reacts to things in the game! The graphics and art are really good to and it looks like it is super polished and clean. I have no negatives whatsoever. Good job.

Great use of the boolean concept, I had a lot of fun playing this game. My only critics is that the collider box are a bit too wide.
But overall, great game !

This is a really nice and unique concept. The mechanics are very well implemented and fun. When you have time please consider playing mine as well.

the presentation of this game is top notch, makes use of the theme very well too! can work great as a mobile puzzle game..

Rated - Wow the sprite art is so clean and crisp!  Very clever puzzles.  With the vertical layout it could be a fun mobile game!  Great job.  Please check out my game when you can.

Submitted
The Quest: Trapped in a Lie
LikeReply
StephcraftSubmitted3 years ago(+2)

This was a short and fun game! Really innovative game mechanic and the music is really really good! Great game :D

I enjoyed this puzzle game and finished it. Two things, design-wise. I think the gravity reversal bool is too OP, if that makes sense. Several levels can be solved by wiggling midair. Second is the problem of the slow Z axis rotation when reversing gravity. It makes it quite confusing to tell how far along the X axis we are in space. Several times I've hit spike I wouldn't have expected to hit due to that. If you had 3D art, this would be easily solvable with a local Z axis 180. With 2D, not so easy. I would probably just flip the sprite, even though it's less visually elegant. Gameplay über alles, as far as I'm concerned.

Art is consistent and pleasant. I just thing there is a bit of an overuse of grey. I also didn't like it that the spikes didn't change when they were harmless. That confused me on one of the early puzzles because they look the same whether they are on or off.

I want to marry your music. I'm already married so I can't but the music was excellent. I was bobbing my head throughout. Though with that said, I do think it doesn't really fit your game very well. But hey, I enjoyed it.

I don't think you guys hit the theme at all. It's a game about booleans. It works, just not with the theme, from my perspective.

Super polished and some nice level design! The graphics, music and sfx are great as well.
As for the theme, I'm guessing switching the rules on and off could be associated with lie/truth dynamic (the rules are never lies though so I'm not sure if it fits that well).
Great work though!
-Silvarc

nice overall the idea is great but need some more content

The game is well made and well polished. The game mechanics is really good and fun. I had ton of fun playing it and finished the game. The music went so well with the game and level design is well thought of. Overall a fun and well made game.

This is one of the best games I’ve played so far! Loved the graphics, music and the idea is really inventive. It pushes the definition of the theme, but I enjoyed it anyway so who cares!