Submitted by Odd2003 — 3 hours, 56 minutes before the deadline
Add to collection 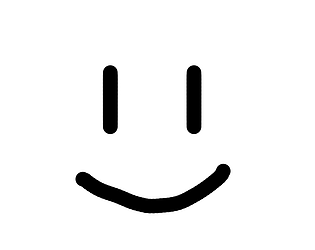 Hey, this game is pretty good, although, the way you used the theme was kinda basic, but hey, it fits. I'm proud of ya, Great job!

Thank you for your feedback and for playing it! I know there are many things to improve and I didn't notice some of the errors, but I'll definitely keep trying and practicing!

The game is very nice. I was a little bit confused but it was very fun hitting those bunnys with my sword and with those fireballs :D

maiby you could have implement on the sword too.

The graphic were nice and the Music was awesome!

And I got trolled at the beginning with quit and play :D

keep up the great work!

If you want to rate my game too then here is the link:

Submitted
The Room of Fools
LikeReply
Odd2003Developer2 years ago

Thanks you so much for your feedback! I'll play yours as soon as possibile! :)

Yo! I personally don't mind switching play and quit, alot of games do it, but I think its an "easy" answer to how to make your game fit with the theme. Having the game lie about instructions is something too many people have already done.

Onwards to the game itself, I don't mind the graphics/audio, as it's your first game, so it's natural!

The only issues I had with the controls of the game is that jump is on Space, while movement is on the arrow keys, and I still need to use the mouse. It's not comfortable to move around with arrow keys and space, and then have actions on the mouse!

I do like blasting bunnies with fireballs, and I found the death effect for them hilarious xD So that's good!

This is good stuff for your first game, keep it up.

Thanks for playing the game and for the feedback, I guess that wasn't the best choice

It's really dangerous to invert play and quit, I was about to give up the game. I've seen this in another game of the jam but after you hit play there was a window asking you if you wanted to quit, I think that's less mistakable with a crash.

I didn't get the story to be honest, I mean you start in your house saying that you want to leave the place, then you are in a city and some kids say that you're going away then you are in a fantasy word with creepy rabbits to kill. I just don't get the relationship. I mean, I can guess that you are a lonely kid that wants an adventure to feel less lonely so you make up some fantasy world and a quest but if that's the case you have to explain it better.

The game itself is a little poor in my opinion, you have to slash some rabbits, jump on 3 platforms and shoot some rabbits with fireballs. Then you meet the game that says it wants to be the player and you're going to be the game. I didn't genuinely understand what that's supposed to mean. If I go on with the story I made up before maybe you are the game because you invented all the fantasy story but in reality you're just some kid in a room playing with his immagination. But then again, why the game becomes the player?

I just want to know what was the idea behind the game.

The graphics are poor and I don't know if that's deliberate for the theme of the game or not.

The music is weird and again I can't tell if that's wanted or not.

The controls are ok but if I spam click the attack button the sound effects repeats five times before the animation repeats.

It's cool that you participated to this jam because you can learn a lot of stuff, just keep practicing!

Submitted
Tales of the Cursed Word
LikeReply
Odd2003Developer2 years ago

First of all thanks for playing my game, I know there are a lot of mistakes but I didn't have a team and it was my first game. The story didn't came out as I expected, I wanted to create the idea that the kid (the player) is just a lonely person that everyone hates, so he wants to leave, then to leave he can either follow the game instructions or not, I imagined 2/3 levels but I didn't have time to make them, so these instructions are just the road you choose at a certain point (when the game tells you to go forward to exit). At this point if you didn't choose the game instructions you'd end up in a boss fight that the game puts in front of you to stop you to actually exit, but if you do follow the game, then he'd go on with his plan, becoming human, and the only way is to swap his place with the player. Unfortunately it didn't turn like this in the end. For the main menu button, I don't think it's so dangerous to swap them, for the bad graphics and stange music, it's just because it's my first approach to them, so I'm not really fast and good. Thanks a lot for the feedback and I'll definetly keep practicing!

Ok I get it now, the story is nice it is a pity that you didn't have time to put it down the right way. I understand this is your first time and you should be proud of yourself to have been able to complete a game all by yourself. You should consider gettin some partner for future games so you don't have to do it all alone. If I had to code by myself I wouldn't complete even the title screen (which is bad for our game ahah).

The goofy characters and the funny jump sound effects made it look very cute XD The controls are smooth too! Nice troll in the menu screen and I hope there's a restart button when you die. Overall it's awesome!

Thanks for playing it and for the feedback, I really appreciate it! Also I totally forgot to put a restart button in the Game Over menu...

I enjoyed the playthrough. The controls were good and the experience was fun.

When the scene changes the camera movement feels a bit glitched, but still it is far better than the platformers I used to create when I had your age (and you had only a few days, I could not solve them even if I was not limited by a jam deadline) so well done and keep coding!

I noticed them too, but I was a bit late for the jam so I couldn't fix it in time, I'm glad you played and enjoyed it, I definitely keep going on!

At some points I got stuck walking because of the floor collider, but a jump solves it all!

The controls feels good too.

Maybe I'd add a button to restart when you die, since I've re-loaded the game some times since I only had a Quit button (maybe there's a way I don't know)

Really nice game, it got me with the first lie hehehe, but then I never trusted it again and managed to enjoy it, good job!

Very cute art even though not so coherent amongst itself. I was shocked when I heard the first jump sound effect because of the fact that there was no music right at the start. I feel like the game is a little quick to the end and doesn't really leave time for any story to develop. Love the sound of the fireballs and combat overall is nice and responsive. With extra work on the story and UI (the font is hard to read and can be quite small) it could be pretty good!