Puzzle - One Controller for everything
Submitted by Stubbings (@samstubbings) — 1 day, 9 hours before the deadline
Add to collection 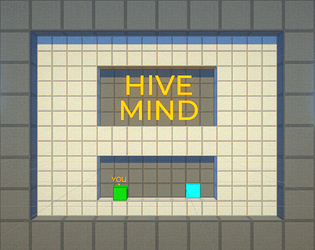 A bit laggy for me, but great graphics! I included it in my GMTK Game Jam 2019 compilation video series, if you’d like to take a look. :)

Sorry you couldn’t fully enjoy the game, may I ask if you were running the web or download version?

Cool idead, nice levels. Controls are a bit annyoing but otehr than that great job

This is a very interesting game! I really liked the level design here, and the controls where really good! Great job!

Submitted
Only One Maze
LikeReply
Victor RodriguezSubmitted1 year ago(+1)

Nice use of the theme!

Great puzzle platformer, and good use of the theme only one, the visuals are great, the best part is how the level pops up from the background

Thanks for playing, glad you enjoyed :)

This is incredibly polished! Plays great and there are some really well designed levels. And surprisingly relaxing

This is a very nicely done game! I appreciate the art style, especially. I love the way one level transitions into the next, and the background is a nice, fitting animation.

Design [4/5]: This is a nicely designed game. The mechanics are simple to understand, but difficult to master. I also like that the game throws you into the experience without a patronizing tutorial. It trusts players to be smart enough to figure out what the goal is and to figure out that you need to get rid of all the clones to finish the level. I love that there are two phases to some levels: the first phase is getting yourself to the exit, and the second is getting rid of all the clones without losing your footing or killing yourself. It's really cool, and it forces you to plan ahead before just mindlessly moving around.
I would have loved to give this five stars instead of four, but I think there's one thing holding the design back in this game: the sections that require precise platforming. First of all, the platforming controls are not very precise. This isn't a problem in and of itself, but the level design often requires very strict and precise movement. In particular, the fourth and sixth levels had some really frustrating, narrow hallways with spikes. On those levels, I had figured out exactly how to solve the puzzle, but then I was frustrated because I couldn't execute my plan due to how close together everything was.

Adherence to the Theme [5/5]: All levels take place on a single screen and all clones are controlled by a single input. Nice!

Originality [3/5]: I can't give full credit for originality because I've seen this concept done before in another game I've played: The Swapper. The difference is that, in The Swapper, you can create up to three clones and you don't need to destroy all the clones to finish a level. I think those differences are enough to make this game unique, but the idea of controlling multiple clones with one controller is something I've seen before.

Thank you for the in-depth feedback. I must admit, playing the game so much I kind of forgot that the controls were a bit floaty. I really need to play this Swapper game that keeps being mentioned xD

Yeah, playtesting will always remind you of how to improve your controls. However, I know playtesting isn't always a possibility during a game jam, so take it with a grain of salt.

Yeah, The Swapper is a really amazing game. The puzzles are challenging, the artwork is beautiful, and the narrative is super interesting. It's worth a few hours of your time, in my opinion.

I'm glad you enjoyed it, thank you for the comment :)

Love the puzzles! They were really challenging

I feel really bad for the clones .

Submitted
IT'S MINE
LikeReply
shushpoSubmitted1 year ago(+1)

Interesting puzzle, although I guess it lagged on my playthrough and it wouldn't register the collision with the blue cube on one of the levels. But hey, that's a Jam game, so it doesn't really matter. What matter is that I was able to see the core idea and I liked it. I think it's a nice prototype to something that could be further developed in a full fleshed game. Gj!

Yeah the blue blocks only check if all of the clones are dead on the frame you enter it, so you'd have to move away and back to fix that. Something I could've easily fixed. Oops. Glad you enjoyed it though, it was fun to make :)

The clone idea is one that I've definitely seen done before (from The Swapper to Captain Toad), but the fact that you have to be the only one remaining gives this a fresh twist.  The puzzles are fun and interesting and well made (it helps too that the game looks amazing for a game about some squares).

I'm glad you liked the puzzle design, it's something that's hard to tell how well its going to go without testing with many people. It sounds like I need to play this Captain Toad game for inspiration if I work on this in the future, thanks for the feedback :)