Game for the Arduboy
Submitted by ladroid (@ladroider) — 1 day, 7 hours before the deadline
Add to collection 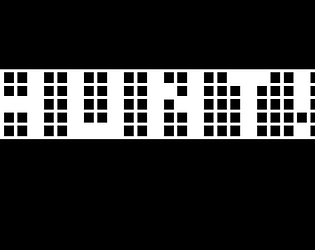 Ranked from 150 ratings. Score is adjusted from raw score by the median number of ratings per game in the jam.

It feels like I am missing something, as I can not figure out how to play the game. Bullets were going in only one direction, the player was always in the top left of the screen, which made it very hard to fight enemies that are coming from the left. Really interesting, and I have not found anything like it in the jam.

Submitted
Silence is a Virtue
LikeReply
createev.gamesSubmitted173 days ago

Wasnt running to well but i still dug it's style

This has a very interesting concept and setup. However, it seems I can only shoot in one direction. Still, it seems like you tried something different which was very refreshing. Good job!

It seems the game doesn't work well on PC, which is unfortunately what I played it on.

idk if this is how the mobile version works but the attack button would just cause some projectiles to appear momentarily and move in the horizontal direction I was going. Pressing it again would cause them to reappear momentarily still only moving horizontally.

Additionally, restarting the game would return me to the exact situation I was in before. If I died to an enemy, then I would return to the enemy being right on top of me.

Submitted
Get It Out!
LikeReply
kambo0Submitted174 days ago

Artstyle is really good. Love the retro style. However sound effects to warn of incoming enemies could have been nice to hear along with items to help in the way. Making the game more accessible to PC players could help a lot with improving the experience too

Submitted
The Only Danger is You
LikeReply
VidacoStudiosSubmitted174 days ago

I always died and did not know why

The game wouldn't run for me it kept getting stuck on the start screen but the Idea of using an emulator is pretty cool.

Submitted
Shut up and go.
LikeReply
PicodaddySubmitted175 days ago

I have tried to play it may times, but after some games I am not quite sure what is going on the screen. Anyway, I like the retro art style and the game style and I can imagine that developing for such a platform must be very very complicated, and I respect that. Good job!

Cool idea using the emulator! It worked alright on a touchscreen but didn’t try with a keyboard. Nice work!

Neat game. Way easier to play on the phone than on the computer.

i like the idea but its impossible to play

Its my first time seeing an emulated game on a game jam :D I know this game is intended for diffrent platform so i considered that while rating :d. The game looks charming simple yet cute. Maybe making the monsters slower can make the game better (They catch you pretty fast).

Other than that it was an interesting game nice job :)

Interesting game. This is my first time hearing about this emulator, but I like the idea. Suggestions for improvement would be to make the shots clearer and not to shoot to the right by default, but I find it difficult to estimate how complex this is for the implementation. Good game and thanks for making it playable via HTML5!

The game is really unpolished, you can't attack up or down so when an enemy comes from the top you can't defend youself. When you restart, enemies does't reset and are on top of you, which means insta death. The attack locks also bugged.

Well concept is good, but the controls are very tough tho! Also if you have time please do check my game :d

Neat game,  i liked the emulator art and style

This is really cool and unique idea!