Lets go to the grindhouse

Thanks man i left you a comment on YT earlier i loved your playthrough. Yes the main issues are the laggy select screens thats an easy fix and the length of some of the scenes. i just followed you on twitter i'll DM you some Steam keys of my other games i think you will dig my latest Flesh Eating Geriatric Internet Predator. Thanks again also check out another free game i have on here Sinister Vibrations that one is banned from steam

Reply
Finally Finish Something 2021 community · Posted in Share Your Progress!
Lets go to the grindhouse10 hours ago

thanks for playing loved the video Genre wise I'd personally class it as Exploitation as it's inspired by those tgoes of films and they fit into both thriller and horror genres take Giallo movies for instance they are Def thrillers for the most part but Horror fans love them  and they are embraced in the genre Horror dosent always have to be scary this does have some shocking moments in though. But yeah a person who may or may not be Christ himself killing a bunch of drugged up punks is weird and dark no matter what the genre haha. I really enjoyed your vid and I subbed I also sent you some keys on Steam one for my latest game Flesh Eating Geriatric Internet Predator and one for my spooky family friendly game Fiendish Thieves which is kind of home alone meets Frankenstein. Thanks again

Thanks for playing man I really enjoyed your video I'd love for you to play some of my other releases especially my latest let me know the best way to get Keys to you. As for this one I uploaded it and went to bed so wakiNg up to your video was nice and also showed me a few issues with the game when you clicked on the credits at the start it stopped all the intro scenes which obviously cut out the setup of the story I can fix that easily though. Also the drowning scene goes on to long so you missed the actual death so this has been really helpful.

I used Tyranobuilder it's a Visual Novel engine but it's really good for FMV my first few games it's been really good for although you can do a bit more with Unity. I've done 4 projects using it but i am now trying to get my head around Unity as I have a few more ambitious ideas for my next couple of projects.

It's a quirky one thanks for the support really appreciate it I been following your work for a while, my stuff's certainly not as pretty as yours but if you enjoy weird content you may get a kick out of it. Thanks again

I'll look into unresponsive buttons but to find ted its

Thanks for the support and feedback

Did you find him?

Cool idea and it works

thanks yes Tyranobuilder is surprisingly great for FMV it's possibly the easiest engine for FMV I'll keep using it for my smaller  projects but I've found a fairly good method in unity now too so I might do my next one in that. And yep another UK person. Thanks for years I never thought this footage would see the light of day so it's great how well it works as a game

Didnt get to far but the character design was cool

This was pretty cool needs some proper loud sound effects

I liked this and the art and music where cool

Thanks Glad you enjoyed it. We where going for Humor wanted it to be Home Alone with Monsters so a nice bit of Slapstick in there too

I quite enjoyed this but i really loved how it looked

Felt Creepy it was simple but enjoyable i liked it

Ive done it the new version is up. Yeah I love the Music of GOBLIN who did alot of the Argento stuff

I love The music to Deep Red

2 Bungling burglars get more than they bargained for when they try to steal a rare pocket watch from an empty science warehouse. 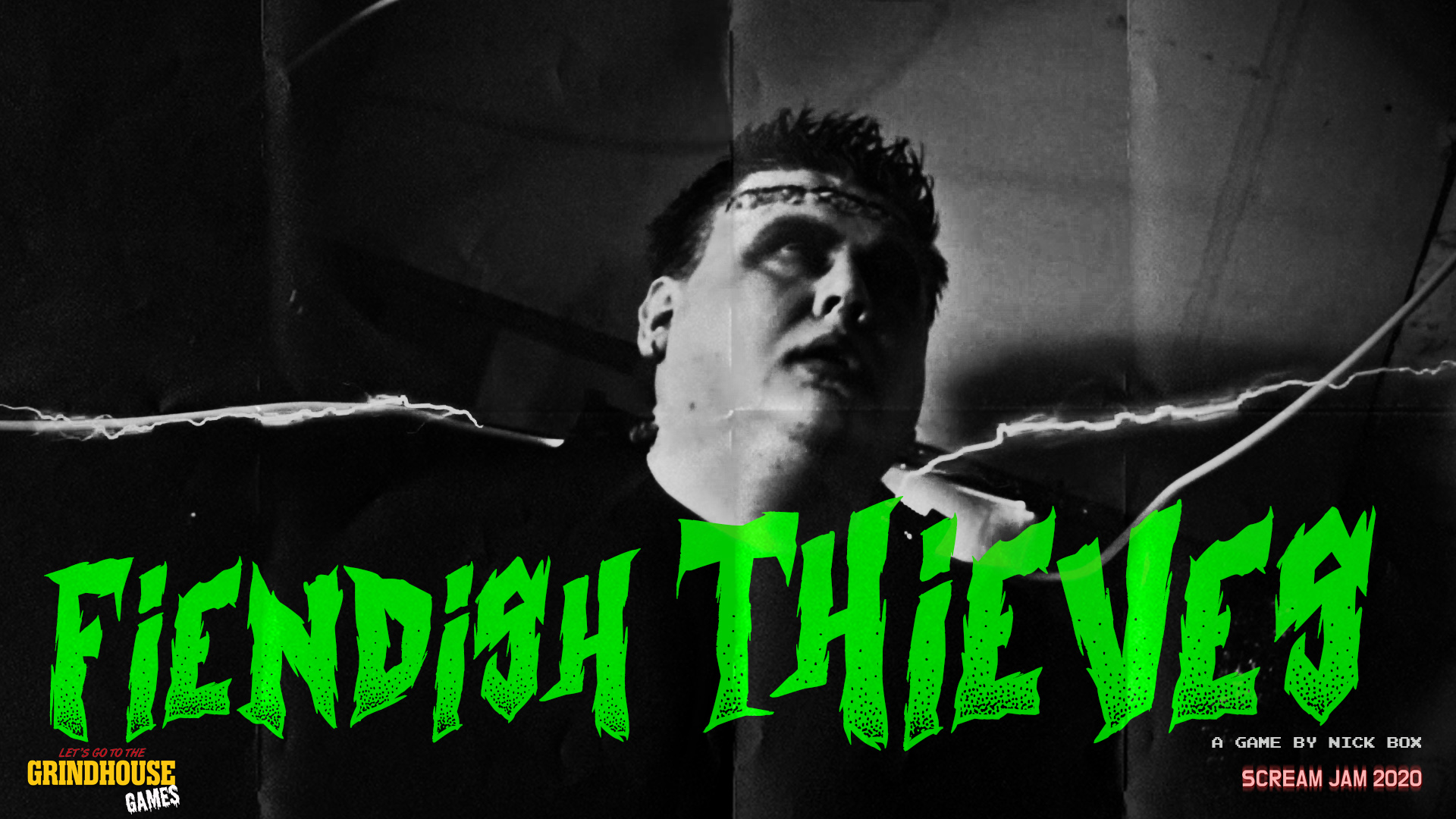 Thanks for Playing and doing a video i appreciate it

Reply
itch.io Community » General » General Discussion · Replied to Xanderwood in Play my Game / Games for Youtubers (May 2020)
Lets go to the grindhouse99 days ago

I'll put a Mac version up Tomorrow  It's a big game so im not sure about a web version but i'll def do a Mac one :)

Reply
itch.io Community » General » General Discussion · Replied to GroovyMaster in Introduce yourself!
Lets go to the grindhouse99 days ago

Thanks I have been lurking on here for years made a couple of non FMV games for Jams about 4 years ago, but its really only been this last couple of months since i have been on this FMV quest that I have put time into it and I gotta say I love this Community.

Wrath of the Violent Vicar SUMMARY Wrath Of the Violent Vicar is an Interactive FMV movie game inspired by horror / exploitation movies of the 70s & 80s often shown in “Grindhouse” cinemas and on VHS tapes. Damaged film, dirt and grime where common in these types of pictures. Violent Vicar puts you the player in control of the movie giving a choice on how the story plays out with multiple options for each scene. Directed by cult underground film Director – Nick Box (She’s Dead, Andrew W.K Party Safari) STORY A friendly Vicar goes on a murderous violent mission of revenge when an evil Reverend and his gang of thugs terrorises his village, with guidance from Jesus himself who can take the guise of either a nice friendly traditional Christ or a Jive talking angry Christ. Full of Action, Laughs, Violence and the occasional WTF moment. Based on the 2012 film with the same title. FEATURES FMV – Stylized Full Motion Video. BRANCHING STORY – Select multiple options for each scene for the story to play out differently with each play through. HIDDEN SCENES – Discover hidden never seen before scenes . EXTENDED SCENES – This game features extended Death scenes known as “Super Kills” these unlock longer kill scenes to those seen in the original film, however for a more complete experience you advised not to over use this feature and mix it up with “Normal Kills” too.

This game includes Slapstick Violence, and some implied Drug Use (Smoking) 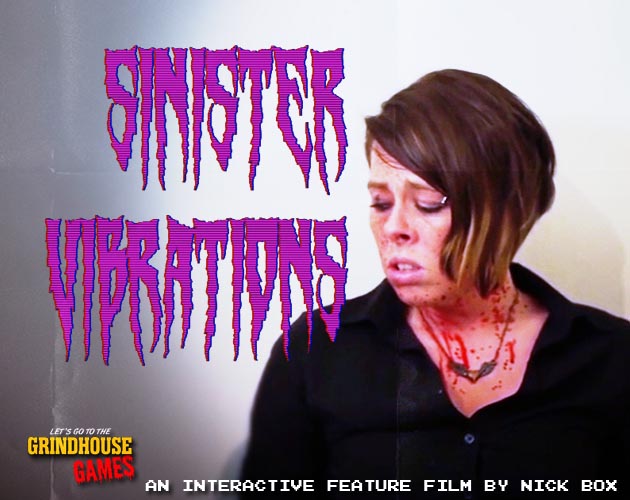 3 Stories on 3 VHS tapes play the tapes in different orders to navigate through 3 stories that connect with multiple paths and endings.

An 80s popstar talks about his career.

A strange employment self help tape. 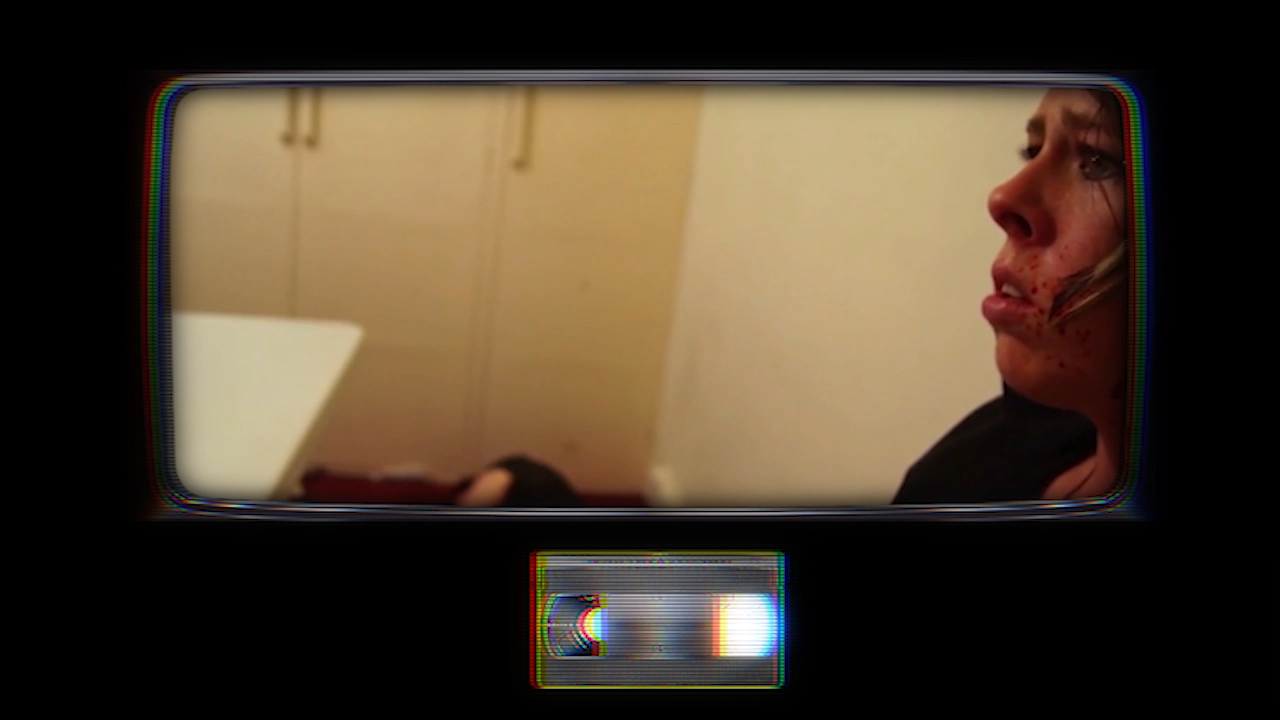 I am Nick I used to make Movies mainly Horror / Exploitation and Weird stuff I did that for over 15 years, I had some success my films won awards, got worldwide DVD releases you could even find them in Walmart in the states at one point. I went to lots of festivals all over the world including Cannes and had all sorts of mad adventures over the years.

But now im in my early 40s and I am a New Parent for the first time my wild movie making days have slowed so I now have a new quest to become a Game Dev turning alot of my old films and unreleased projects into FMV GAMES.

My films are ultra low budget some times trashy and Offensive but fun.