Entry for the "Godot Wild Jam #32" - Theme: SEVEN
Submitted by Wolfy7 (@WolfySe7eN) — 3 hours, 25 minutes before the deadline
Add to collection 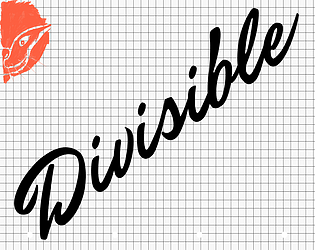 Looks like a nice enough game for practicing fractions for kids. Could use a better font at least.

Pretty good overall, I would have preferred to have a set goal to reach but it can be hard with such types of games.

An alternative could have been to let the player press Enter or whatever to validate their input so you could go as fast as you want and get score depending on this speed, combo of right answers in a row, …

Intresting ideas maybe i will consider some of them :)

Ahah I was not prepared for the one of the level up. Went three digits and my brain froze. Good job!

Nice one! Little maths game to keep the skill up, enjoyed the play!

Nice litle game, but man that difficulty ramp, the sudden move to three digits and when the speed was already really high, it hit me real hard! :)

Yes the difficulty curve needs to be adapted :)

The music sounds good! It's a fun little experience!

Nice game! I lost immediately at the jump to three digits. If you were to add a cheat sheet with the multiplication tables to study that would be cool.

The cheat sheet is a nice idea, i will add this to my todo list :)

The music is very chill, I like the visuals, but I would love to see a dark theme for the game. Solid submission tho, congrats!!

Thanks for your feedback. Dark mode is a good idea, didn't thought on that (don't know why) yet, but will add this to the todo list :)

Nice game, easy control, simple objective. After a while it was a little straining for me with that background but overall good job.

This was super fun. I was sceptical at first but I ended up loving it.

I appreciated the audio, getting those corrects was great even the wrongs weren't bad.  This would be a great test to find out who is human vs robot.

Submitted
The Seven Trials of Chronos
LikeReply
Wolfy7Developer1 year ago

It was really easy until the sudden jump to 3-digit numbers, then I lost very quickly. Interesting idea.

Thanks for your feedback. Yes, the dificulty curve is not really polished yet, this needs to be adapted :).

Nice idea. The difficulty curve should be tuned a bit. For me it stayed too long in the <100 range, but then when it increased to <1000 it was too much (keeping both the speed and introducing so many new numbers). I'd recommend slowing the speed down a bit when increasing the sum, and increasing the sum by 100~200 at a time, instead of a jump from <100 to <1000, if that makes any sense :)

Thank you for your detailed feedback.
Your absolutely right, the difficulty curve is not good at the moment. I didnt had the time to play tested much, but anyways this needs to be adapted ;)