A turn-based strategy game.
Submitted by Thunder_Wood — 1 hour, 56 minutes before the deadline
Add to collection 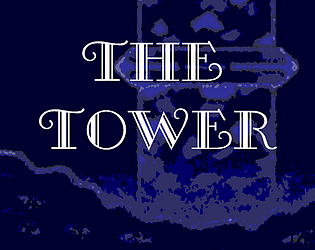 Ranked from 207 ratings. Score is adjusted from raw score by the median number of ratings per game in the jam.

How does your game fit the theme?
As a player, you will control an imprisoned brave-man to get out of the control of Zeno, the owner of this tower.

Nice concept! It's cute, with a coherent design. The movement of the player feels a bit slow tho, but it may be my taste. Well done!

Very interesting puzzle game concept! I'd suggest adding more contrast to tiles and differentiating walls from floor a bit more. My favorite idea of yours is allowing player to break any block with a pickaxe instead of just the "special ones". You could give players interesting decisions to make with this!

Also the first game I've tried from the jam with a little story telling :O

Submitted
Out of Time
LikeReply
SlothshroomSubmitted331 days ago

i couldn't find the jam theme in game, but it was pretty good puzzle game

Cool idea! Liked the complexity of the game, and the thumbnail. I would've liked some music to go along with it, but yeah!

The game is fun but it doesn't quite fit the theme.

Congratulations for your game, I really enjoyed a lot playing it. This type of puzzle is something not so easy to create, the level design is very good. I have read why your game fits the theme... I'm not really sure that your interpretation of the theme is the best... but anyway, this game is really enjoyable.

Thanks for your comment! I initially want to make a game in which when a player controls the character, the character will gradually lose his own power; conversely, when a player leaves the keyboard, the character will gradually gain the power but will move randomly and put himself in danger, and therefore players need to find the balance between control and out of control. I even came up with the name, "Out of Control While within Control”. Even though this idea definitely fits the theme, I have encountered a lot of bug issues since I chose an inappropriate game engine and it's impossible to fix all of them within two days. So I decided to focus on level design only and fit the theme from the storytelling aspect. I know it's too risky to fit a theme in that way since a lot of people tell me they didn't feel the connection between this game and the theme. But anyway, at least I know I should move to another game engine so that next time I can make a game while fitting the theme in the gameplay aspect. By the way, your game is quite interesting, I had a lot of fun with it :)

Yeah in a 48h jam if something goes wrong and your are "out of control" of the process... it's hard to fit the them the right way ;) This could have been an interesting game made during this jam = having to debug a 48h game jam project :).  Thanks a lot for the explanation and have a great day.

I really enjoy this kind of puzzle, but I'm not sure what part was out of control. Fun game.

neat puzzle design. not sure how this is "out of control" though.

Cool and all, but i don't really see the out of control part?

It’s a fun puzzle game, feels a little bit slow, I don’t know how it fits into the jam’s theme.

This is a fun little puzzle game! Not sure if I understand where the "out of control" part is supposed to come in, but still well done. Nice job!

I like the game and the puzzle design. Not quite sure if it fits the theme, but still a great game!

Love the game and the mechanics! -RTHiro

Neat game but doesn't meet the criteria of the theme at all.

Nice game, but I think there was a similar concept that made Mark's 2019 winner list. Regardless, good execution!