Relive the same train crash again and again until you can figure out how to save everyone in this micro world.
Submitted by EvanStreblow — 53 minutes, 57 seconds before the deadline
Add to collection 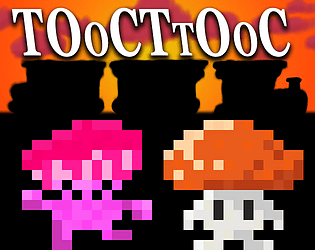 How does your game fit the theme?
As suggested by the title, "Out of Control" is the main story theme of the game. The player is on a runaway train, doomed to crash. You do not control when the crash happens. After 3 minutes, if the player has not done the required steps, the train crashes no matter what. The character in the game also is "Out of Control" as he is forced to relive this same moment, until he gets it right.

nice game, but a bit boring maybe make it so that you can win?

You can win! You just need to figure out how to do so. (By talking to the right order of people in the time given) Each cycle should get you closer to winning!

Why did I get on board!? lol

Haha! Thanks for featuring it on your video! I'm honored!

The graphics are super cool and the little funny anecdotes in there are brilliant. You should keep working on it! Congrats on successfully submitting a game to the jam and I hope you learned a lot of new things.  Please check out my game when you have time :D

The game sounded great, nice art style! I enjoyed this!

is that tentacles your fingers?? one of the best game so far

Yes it is! I'm glad that you picked up on that! Thank you so much!

The idea is inetresteing and I love teh art but it lost me with the the font and blocks of text that it drops at the beginig. Still I think it is something worth expanding on.

I respect the idea.