An FPS without blind spots.
Submitted by DANG! (@videodang) — 6 minutes, 19 seconds before the deadline
Add to collection

Ranked from 86 ratings. Score is adjusted from raw score by the median number of ratings per game in the jam.

Wow, what a unique and fascinating experience! This didn't even have to be a shooter - just walking around the environment in this weird perspective is interesting enough on its own.

It's a fascinating experience to be able to see in all directions...

and still die to enemies sneaking up behind you.

The concept is interesting, but I'm not sure if it is a valid execution of the jam's theme because blind spots are not a mechanic of First-person shooters, for me that is more like a feature or a constraint or something related to how the camera works. While playing, I was constantly switching from one view to another, and that's where I see the potential of this game. Graphics and visual effects are astonishing. Good work!

＿φ( °-°)/ We'll appreciate if you rate and comment our game: Slow Ride.

Oh that's funny, my game is based on the same principle, except yours is more action oriented.

I love the art style and the gameplay feels really good. Also bonus point for the blue enemies with the line, that's a clever use of the perspective.

This is an amazing idea that will just fuck up your brain :)

The game is really nice and have a unique feel to it (beside the 360 camera). The ideas of twins enemies is really nice and a smart idea on how to take advantage of the concept. But I really didn't figure it out, I read the solution on the game page. So it was a bit frustrating when I didn't how to fight back at the enemies.

(At some point I wanted to know what was the shape of the room, it took me longer than expetended to figured it out)

I'm super surprised how well you pulled this off, because I'll be honest, I thought it was maybe not the best idea when I first saw it. I like that your enemy design uses the FOV and that it's not just a gimmick. I wish I could've gotten further, but I couldn't get past the third wave.

Probably the biggest issue I had was equating directions on screen with how I was moving in the world. I think there's probably some sort of UI you could add that could be enabled/disabled that could help a lot with this. Maybe some sort of grid or placing images of the WASD keys over the corresponding areas of the screen.

At any rate, this is a batshit concept that you have executed very well. Hats off to you folks. 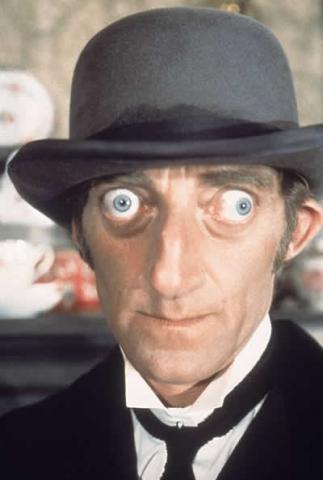 Honestly the only suggestion i would have is to add an autofire mode, something like devil daggers (but maybe not *as* fast). It's kind of annoying to have to spam click all the time, and this would help out with making the twins less about fiddling with incredibly slight aiming variations and more about positioning yourself between them properly

Really like this. The concept works surprisingly well. I'm a bit confused as to why you shoot sideways though. It's used to a cool effect for killing the blue twin skulls, but the fact that I don't shoot straight ahead made it even harder for me to wrap my head around. Like the concept though. You guys have some really great talent.

Interesting, but a bit lacking in terms of level variety.

It's not going to have level variety. This was submitted for a game jam. You should be rating purely on concept and game-design.

Love the concept and artsyle. Takes a while to get used to, but that's to be expected.

I've only got up to 45 kills (curses, twin wave!), so I don't know if any new enemy types are introduced afterwards, but for the three that I've encountered (red skulls, twins and teleporters), I'd say they take good advantage of the 360 view, especially the twins and teleporters.
Took me a while to figure out how beat the former, even after I discovered the hint on the website (goes to show why reading before downloading is important), but afterwards killing them became natural (that sounds so wrong out of context).

One thing I think should definetely be added, however, is a kill sound effect. Sometimes it's hard to tell if I've killed a teleporter or if it simply telported.

Outside of that, maybe touching up the aiming angle, perhaps even adding aiming reticules, could help, but shooting works fine as is.

Overall, quite an impressive execution of an already impressive concept.

Can't wrap my head around moving in the slightest, but the idea is so clever and interesting that I had to at least give it a try for a while.

Wow, everything about this is amazing.

Incredibly clever game, took me a while to understand how to kill the blue enemies (Thanks Sprawl). An in-game hint, or some feedback to hint at what to do would've been nice, but keep up the good work

It's cool, kinda reminds me of old Doom, but here you shoot sideways?

Ahhh, I was following the development of this on twitter over the jam, and I really really love the look of what you made! plus, the concept is just excellent. Is there any chance for a Mac version? I really want to try it out!

Yes! we'll put up a Mac version once voting is over & we're allowed to upload new builds. sorry it's not up yet! thanks for the kind words.

No worries, and thanks! I'm looking forward to it.

Also - I've seen some devs put a link to the Mac build in the comments of their games even though uploading is frozen. No pressure to at all, but I don't thiiiiiink that it's again the rules. But regardless of when it goes up, I'm looking forward to checking it out. It looks really neat :)

while it doesn't quite fit the theme it is surely a unique experience.

Damn that's one hell of a concept! It feels crazy to play a FPS like this, but it also feels pretty familiar, in a strange way. The graphics look A-MAZEBALLS, and the gameplay feels solid. The only real problem I had was that there were two guns and none of them pointed straight in the middle. It's not so much that I get confused when I need to aim with 360* view, but I do get really confused when I have to aim with a slight angle off the middle. Other than that everything felt very good. You guys can be really proud of what you've made! It's real impressive for 48 hours!

Thanks for the kind words! But yeah, aiming is kind of word. One of the MANY things we might improve should we revisit this.