A top down shooter with randomly generated levels, get as far as you can!
Submitted by Fatal Exit (@FatalExit) — 15 hours, 54 minutes before the deadline
Add to collection 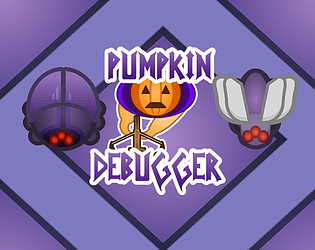 Pretty good!
Impressive that you managed to make the game for 2 jams, not for the faint of heart!
The procedural levels are good, adds for great replay value, the lighting effects are also really nice, would've wanted a bit more feedback on shooting and when getting hit, but still great job!
A feature that would've been nice would be to make the map show where you've been, maybe color it in green on places you already visited, it was hard to remember where you had been.

I also encountered a bug that made it impossible for me to progress, the game said I had 5 enemies left to kill, but there were unfortunately no enemies to be seen on the entire level.

Classic gameplay but well made. The music is pretty nice, and this light effect is really cool!

I felt the tension built with the game design (especially the music). Randomly generated levels are an effort that can not go blank. Great work!

Some collectibles could make the game more interesting. Like other guns, or life regeneration.

Those were planned but unfortunately cut :( I had lots of plans for this game but I was ill for over half the jam so it didn't end up how I wanted it. Thanks for your comments about the music!

That was really cool :) ! Well done for having made a game that fit BOTH jam themes, that's quite a challenge you faced :) !

I would of liked to have more input when the player taks damage, like the screen flashing red or something, and perhaps have the character move faster which would of made naviguating around the world more enjoyable and less tedious !

But all in all this was a very fun little top down shooter with cute art and an awesome music ! Keep it up :) !

Thanks very much for the feedback :)

Doing the game for both jams was actually easier than you might imagine. I was stumped for the first day of the BTP jam and I'd almost given up trying to think of something to do for it, when I decided to make a Halloween game with a bit of a gamedev pun! Getting 2 jams done with one game was a liberating experience, it meant I didn't have to give up on either of them.

I would have loved to have fit in a bit more time spent on adding a more complete damage system than the SFX + screenshake I had, but I came back to this game on the last day of the jam with loads of stuff to finish and loads of stuff ended up being cut. Character movement would have been easy to change, for some reason I enjoyed the current movement, but I get that on some of the bigger maps a sprint function would have been nice to have.

My most wanted feature to have managed to fit into this game would have been enemy markers on the minimap, or else a red arrow guiding you to the nearest enemy!

And thanks very much for hosting the jam, even though the theme wan't my favorite! Even though I don't use Unity (Coding hurts my brain, that's why I use Construct XD ) your YouTube channel, along with GameDevUnderground's (did his jam 3 weekends ago!) have been huge in encouraging me to get back into Gamedev, and for that I want to give a huge thank you!

The music was great, I think the aesthetic changes from horror to more action adventure for the sounds.  I know the lighting is there to add horror but overall it just made the navigation a little more difficult, the minimap was a nice touch.  I liked the character design and the bugs.  It was not very on theme but it was fun.

Submitted
The One True Hacker
LikeReply
Fatal ExitDeveloper3 years ago

Thanks very much for the feedback. I had to go with the theme for BTP and Darktober at the same time so it would make getting good scores in theme for either jam a little harder! Glad you liked the music and minimap :)

I played the fixed version. Its a solid game. minimap was very helpfull, and i liked the music , navigation could be a little better, sometimes i couldnt control the player right, nevertheless it was a good submission

Well made game, I like the art and sounds. It would be even more awesome if enemies behind your back were not visible :)

The enemies behind you being invisible would have been easy to implement, however I wanted to not punish the player on later levels running between rooms with many enemies, where losing sight of an enemy behind you could mean your imminent demise :P It was a deliberate choice not to include that. Thank you for the feedback though I'll keep it in mind for future games!

Very cool lighting effects and has quite a bit of potentioal. I think the game could use some more intresting movement mechanics, and some overall polish.

Thank you very much, the movement could have been fleshed out with mechanics like a dodge roll, however i was trying to avoid heavy animation tasks. I only spent 3/12 days of the jam working on it (Maybe 20 hours of actual work on it) so I'm not surprised you found it a little unpolished :P

it handles really well and i love the aesthetic! also one thing i found really nice was how the shadows worked as barriers

Thank you very much! The first day of development all I did was make the basic vector art for the game, establishing the style, later on I added the lighting and LOS systems and I'm happy with how it all came together!

It's a fun game,it reminds me of hotline miami.....The gameplay is solid and the enemie AI is aggressive enough to encouragge you to   move all the time.It's a pretty solid game.And also massive props for using randomized levels

Thank you very much! The random levels were created with the Roguelike Toolkit plugin for construct 3 as my first time ever making a game with Proc Gen!

LikeReply
Fatal ExitDeveloper3 years ago
For anyone who discovers the bug at the end of the second level here's a fixed version of the game as a new itch page: https://fatal-exit.itch.io/pumpkin-debugger-fixed-version Unfortunately I cannot replace the original version until after the BTP jam voting has ended.
LikeReply
Lord3 years ago(+1)

It's a good game, I just stuck at 5 enemies remaining that didn't spawn. But the game is nice and my favorite thing was the musics. Good job for the gamejam :D

Thanks for the feedback. Someone found that bug earlier today, unfortunately after uploads were locked so too late to fix it now. I did spend a lot of time on the music so really glad you liked it :)

Here's a version with the bug fixed hopefully :) : https://fatal-exit.itch.io/pumpkin-debugger-fixed-version

Alright, it's pretty sweet running around as the pumpkin debugger and killing, smashing bugs!  The most thing I noticed is that at Levels Cleared: 1 there always seems for be 5 enemies remaining that are not in the layout.  I'm sure there's a lot of cool things you can add to make your game more awesome though!  Also hmu sometime it would be pretty sweet working with you, you have some epic ideas. XD

Oops lol, spent ages trying to get the enemy spawn/remaining thing right. If it's completely broken I'm really sorry.  It seemed to be working when testing it on 2 PC's at home. Anyway thanks for the comment :)

Here's a version with the bug fixed hopefully :) : https://fatal-exit.itch.io/pumpkin-debugger-fixed-version

It builds tension up well. Its a good working balanced top down shooter.

Thanks for your feedback :)