Very cool character designs, I say this game looks like a winner!  I enjoyed it much and it is inspiring. 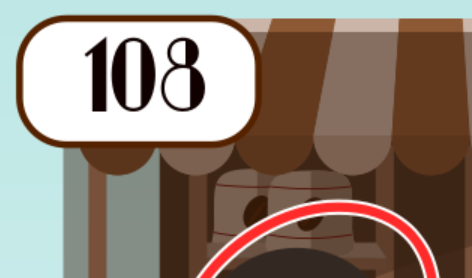 can you beat this?

It seems stuck at 97% and I cannot load it any further, even with multiple refreshes

I absolutely love the water effect below the level,

and your style matches it perfectly!

I feel your trijam game has plenty of capability

to become a memorable experience.

Reply
Bored Pixels Jam 4 community · Posted in when will the theme be announced?
shyjvh1 year ago

oh yeah I just realized I had a music program open that blocks all other applications sound.  Facepalm myself, the audio is fine XD

Oh gosh.. when you have time scale on fast and jumping around hyper-swiping enemies!  It's fun!  I couldn't hear the music or sfx though.  Interesting game :]

Reply
Trijam #14 - the 3 hour game jam! community · Posted in Suggest ideas for themes for the next jam here.
shyjvh1 year ago

The comedy makes up for the inconsistent art style, I would say ;).  I had to stop at some point because the animations were really killing the performance of the engine.

I knew at the start of this jam that I was going to create something NSFW.  Combined with my sense of anti-hero humor I set out and by the time I was going to click submit I thought  [gee I am really going to embarrass myself with this].

I figured I should start somewhere if I want to do NSFW and at least get the basic gist of the game, in case anything more were to happen in the future... XD although... I shouldn't be animating super huge images >,>

Ohmigosh, thanks for playing my trijam game XD

It was funny when you had to sneeze. I thought you were going to

take a lot of sudden damage.

It's all in good fun, I was just trying to break away from a platformer 'cause those are all I try.

Woah that is really trippy, just tried it and it looked like the words were stretching.

I was hoping light in the moments they are here would have some effect, but clearly

Thank you wormius!  I do have plans for this character and I don't want to leave 'em in the dark.

I composed the music first-thing, drew the splash screen second, then started the core game about

an hour in.  Ambriel may be introduced at a later time, for now I'm applying what I learned from

this jam into refining the first jam I'd ever did.

Hmmmmm... I found this awesome!

The little guy is literally blazing across and I got the Winner! text and fell into the void XD

I also checked out your video link to building your entry via-livestream and threw you a follow.

For a seeecond there, I thought you had awesome drum and bass music in the game but that was your stream music lol

I tried to hack a little bit and spam one side

but it just didn't work out when google wanted

But for real though, awesome job!

The highest I made it to was only about 7, luck just

I tried this earlier and this is a fun idea, especially if

M/J played it against each other.  The only sad thing is

I had to play it alone lol XD.  Maybe if you toy with AI

it would make for a good challenge.

Only tidbits I've got is I wish blake and whitley landed

it was hard to gauge when it's safe to jump.

You hit it spot on!  It got very challenging

and I was anxious to clear lines knowing doing

so will turn the game upside down for a moment.

There were some small bugs like rotating a long brick

against the wall would make it get stuck and the

game not restarting on defeat :'( XD but nice work!

I think it's a cool idea!

The idea that each of them moves one-for-one, I was trying to press both wasd

and arrow keys to move them thinking they're independent.  But if you like it,

maybe a move limit (e.g. moves left) would be an interesting expansion.

fun and chaotic when there are tiny bubbles everywhere.

Just for a little feedback, I feel that turning/overall control

of the character could be more fluent or flexible.

Interesting!  I like that you have the footsteps tracking behind the player and the little noises it makes.

I found that if I run against the edge of the screen, I can't move away from it until an equal amount of opposite direction is held.

Thank you!  I loved working on it and was

all about the retro theme.  The rage transformation happened on accident,

I wanted to design an upgraded ship and it winded up being that big guy!

Thanks bro!  lol like real bro, good to see you in ITCH!

Phew, I am sorry but it takes so much of a while to clear wave 10, that I had no will to go on with wave 11 and above as the upgrade multipliers were extensively high.  There was an unknown bug that would reset my currency count back to 10 whenever I died on wave 8-10, I'm unsure what causes this.  I played so long I got violins stuck in my ears.  I think if you're going to have a fire rate upgrade it should be held-down and not semi-aauto.

Overall, great job and was a time sink I don't want to take back.  hehe :3

Thanks man, I'll check'a your game out!

Ah the sound is in there already, does it need to be louder?

Ahh shit thanks for playing dude!  Also that thumbnail tho.

Yeap, I've got some plans for it heh x]

Thanks!  Oki I don't make any more wall-camping enemies XD

Idk, it seems that in challenge mode when I click to place

a block under Goon it stops them in place.

*edit: ohhh never mind you use the arrow keys to move them.

Programming is super easy to score or maybe I'm gifted for c# "the way of music" lol.  Good attempt in writing the words out but I think you should use a text object for that, unless it's yo'thing then it's all good.  Clicking green neutral blocks seemed to completely stop the character and the last minigame is hype and exciting.  Good work!

Nice!  I was so much of a spammer in the last round there.   No way I was about to lose.  But I can't tell which ending it is lol.  Awesome job in voice acting and keeping an interesting progression.