A small game made for BTP Game Jam #1
Submitted by ThatOneUnityDev — 52 minutes, 44 seconds before the deadline
Add to collection 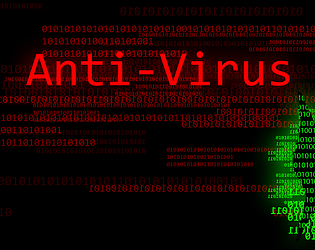 I liked the story, and the visuals were pretty cool. The camera view made it so you could't see the ground when you jumped, which was kind of annoying. great game overall though!

Thanks for playing! Yeah, your right about the camera, can make the player feel cheated if they didnt know an enemy was below them!

I liked the kinda style of the game, the story telling etc. only as already mentioned.. the unresponsiv jump and the lack of music could be improved.

Thank you for taking the time to try it out! Yeah, im definitely taking notes for my next game!

Sweet Game, love the visuals and the way you presented the story.

LikeReply
Egg on a RockSubmitted3 years ago(+2)

That was really cool, especially impressive since you made it in such a short time! I loved the cutscenes, the particles and character animations and the hanging platforms as well.

Moving through the level was a bit tricky though because the platforms are almost the same color as the background. But it's a really cool entry, I had fun playing it!

Submitted
Build As You Play
LikeReply
ThatOneUnityDevDeveloper3 years ago(+1)

Thanks for checking it out, and the compliments :)! Yeah, I agree the platforms should be a bit brighter! I was going to put the green particles covering the platforms, but completely forgot near the end! Thank you for your feedback! :)

Not bad, saw through to the end!  I'm taking notes on your particles cos' those 1s and 0s effects are awesome.  It's cool how you have the actual desktop as well as interacting and the typing to communicate.  Only oof was I think the scene the first time, it didn't let me proceed to the next level so I sat there for a good while until restarting the game.

Thank you! It took me a while to do the dialog system lol. And WOW I didnt know that could even happen! Thanks for letting me know, i'll try to recreate it so I know why, for future projects!

So I tested it a few times to make sure.  It happens when you get your jump and if you stick to the wall of the text box (holding left), wait for the 'just try aiming and shoot' you will fall and get stuck in the floor, if you then shoot it will bug between jump, idle and run then fix you up, and after the mouse opens the rift you cannot proceed.

Oh wow, yeah I didnt think they would be in the air during that, thank you for testing it! You didnt have to go through all that trouble lol.

Great job on this! Had a lot of fun playing, very innovative! I like the use of Rigidbodies and Physics, the spring platforms were really cool! I like that the game takes place inside a computer, and that you keep returning to the desktop, that gave a real sense of immersion. The character animations were very impressive! Nice use of particle effects as well!

The game needs music! Find a free procedural generator online such as: https://pernyblom.github.io/abundant-music/index.html

The sound effects were very cool with the exception of the fact that the jump sound was a bit repetitive. Try randomizing the pitch of the sfx or playing one of a few different clips randomly, or try both!

Thank you for streaming my game! I would have done a lot more with it, but I joined waaay late. I started the project when there was about 24hrs left, and crunched the sounds last minute. Definitely right about the pitch. I had put music in the bugzone, but after trying a few tracks that didn't quite fit the theme, I opted out because I ran out of time. On the  desktop in the game, there is the default music app. Which I had hilarious ideas for, but again, ran out of time. Thank you for the feedback, I really appreciate it!

Nice game.. I like the bug effects on character and enemies..
I just had some difficulties with the platforms with chains, but I'm not a very good player, so XD..

Congratulations on your entry for the gamejam :D

No, your definitely right, the chain platforms can be a bit tricky, god forbid anyone gets them tangled xD!

Thank you for the feedback, i'm glad you enjoyed it :)

Best menu i've ever seen :) The introduction to the game is amazing the only thing i didn't like was the jump animation it feels "unresponsive" or a bit too slow but otherwise everything's amazing from the art to sound and gameplay.

ps : first time i died i thaught my pc crashed for real :O

Thank you! I'm glad you liked it! Your definetly right about the jumping. If I could go back and fix/tweak one thing, it would be the jumping mechanic. I really appreciate the feedback, and kind words!

Ps: I was hoping someone would fall for the death screen :)