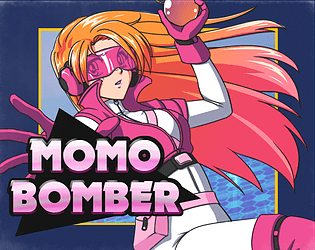 The game is really fun. Unlocking each new ability and playing with it is quite nice. The controls are a little wonky however. Your character is very slippery and anything that requires physics (like those dreaded dash jumps) can be frustrating. The turn based battles are fine, but the enemies didn't seem all that interesting, gameplay wise

The puzzles were clever. I actually got stuck on the clock puzzle because I didn't realize the little switches on the bottom part were interactable. I'm not sure if I should hold that against the game's way of communicating what you can interact with, or against my own dumb brain XD. The same thing happened with the Konami code puzzle. I didn't realize you could interact with the buttons so I ran around in circles for a while

I tried to unlock some pictures, but when I died and went back to the collection menu, I didn't have any unlocked. Not sure if its a bug

Really gorgeous 8-bit inspired art and soundtrack. The few placeholders here and there detract a little from the experience, but overall it is pretty good. I loved how the battle system actually became flavorful in that NES-era way that makes so little sense it is awesome (like having many of your attacks sort of be based on sweet things)

The exploration aspect as well as the whole aesthetic will keep players going, although some will be frustrated by the controls and very low ceilings in many of the hazards, as well as the relatively low speed momo moves at

With more interesting enemies on the turn based part and general polish, I think this game has a lot of potential. The mix between platformer and classic rpg is something you don't see often (in fact, I can't remember any game like this off the top of my head, much less an NES era game that did this)

I really appreciate the in-depth review, Jester! I agree with a lot of criticism. Thanks for taking the time to go through in detail.

I hope you'll try it again after I'm able to update the game!

I had a good time playing your game. There were some clever puzzles in there and the little extras you could find like like art and effects were a nice touch.  The art in general was also cool. And your choice in music was very fitting and really fun to listen to.

Submitted
How Not to Become a Hero, Save the World, or do Anything Remotely Good
LikeReply
Sugar & SpiceDeveloper1 year ago

Thanks very much! Glad you enjoyed it!

I absolutely adore this game, from the aesthetic to the gameplay to the character art. Wonderful work, and I can't wait to see the finished version of this game :DDDD

Thanks very much! I appreciate it. :)

I liked it, the combat is simple but it kept me entertained, it's visually consistent, the dev has a clear idea and I'd like to see it finished.

Thanks, man! That means a lot.

The game is very pretty and I loved the aesthetic. The colours and sound really worked well to create an authentic retro-inspired metroid-esque experience. The stages were well thought-out and the character design was very appealing - both for allies and enemies. The game is cute af.

The gameplay consists of running around, jumping and floating your way through side-scrolling, colour-coded areas. There are various puzzles and battles are played as RPG-esque in that you went to a separate 'realm' to engage and destroy the enemies instead of shooting them on-map. This, I think, was a good idea.

Your skills were useful and interesting, and having to play timed minigames was a nice change from just inputting commands. One thing I did have issue with, however, was how floating/slidey the character was when jumping/landing and issues with moving blocks causing trouble with trying to jump to/from them. You'd slide off the edge of the block easily or couldn't jump at all on certain blocks, making some parts of the game more frustrating than fun. Which is a pity. Nail that issue down and the game will be great, though.

Overall the game shows a lot of promise, taking an old idea and giving it a fresh perspective by melding it with another idea and tweaking them both to fit. Also bunny girl is best girl.

Thanks for the detailed review and the video!

I'm still working on mitigating control issues in the meantime, hopefully you'll give it another spin when it's updated.

Very nice style and design. It felt like a real retro game in every aspect (and in the good and bad way). Good work

I'm happy to know it feels authentic, if nothing else. :D Thanks for playing!

This is incredible! The retro art style and chiptune music compliment each other perfectly, i really felt like i was back on my Sega Master System.

Thanks! Great to hear that.

I liked the game.  The battle system got repetitive really fast for me.   I'm not sure I liked having the super jump but not being able to control the height of my jumps.  There was also a bit of precision platforming in there that was frustrating to me because the controls were so ridged.

I appreciate the feedback! Thanks for trying it out.

I don't want to come across as cranky.  I did like the NES feel of everything.  The graphics were fun, and this is a fantastic piece of work!  I didn't come across any bugs to speak of.

I think that the battle system would have been more obvious that you were aiming if it had moved side to side rather than scaling up and down.   My first thought was it didn't matter, then I lost to the first enemy.  Then my second thought was bigger was better after the guy said to aim.    After I got that there wasn't much challenge to it, just an extra step in the battle system if I wanted to crit.

Taking that battle system where the sight moves around and then having key spots on enemies that take more damage would be much more interesting to me.  And I'm sure that is the direction you were heading with this.

Don't worry about it! It guess it is kind of funny to be 'cranky' with that avatar though. XD

Yeah, it would be nice to have some more custom 'aiming' methods in the full version (there's the scaling, the side to side, and the button mash attacks at the moment).

This is good stuff, I really like it, it has metroidvania tone too it but not too difficult or boring, it has different enemy animation, and what I like te most is the interaction during fighting, we are not just watch the attack, but be part of the attack action itself. Nice game art too.

I appreciate it! Thanks for playing

The platforming section remind me James Bond SNES, which is you very creative to make this one.
I'll grant my wish to vote your work <3

This is probably one of the heavy hitters this IGMC. Impressive work and very well put together! 5 stars!

Haha, I dunno, the competition is pretty fierce! I'm glad you had fun!

WOW! An AMAZING GAME! Holy old school, this is good! This game reminds me of the video games that I grew up with!  The animation, graphics and characters are a lot of fun, and I especially enjoyed the tricky puzzle parts! The music choices are good too, and seem very appropriate for this time of game play!  I could see the main character starring in her own comic or animated series, as her design is PRETTY NICE!  Another favorite bit for me is the gal with the Hammer!  I loved reading her dialog.  So cheeky!  Great art and a great game overall!  Bravo!!

You bet!  I can tell that you put a lot of energy, time and effort into create a very well-orchestrated game in the classic style!  I wish more video games look and played this well!  You should get a ton of votes, because I really think this is something very special!

Screw Might No. 9...this is SO FREAKING AWESOME. Streamed it, and the chat loved it.

I'm really glad you had fun with it!

Haven't played yet but saw a let's play over at twitch. gotta say, probably one of the best looking games here in IGMC

Really fun! Played for over an hour this morning. Cool mix of metroidvainia and turn based combat. Some fights were pretty tough, I really liked being forced into exploring more to unlock stronger moves to progress further. Loved the time puzzle! Only issue I had was that jumping from platforms that were moving up/down was a little hit and miss. This wasn't a big deal until I came to the platforming challenge needed to unlock the gloves which relies entirely on a series of platforms jumping up and down...

Apart from that loved every bit of it and thought it played very well! Had great flow. Great art too!

Trey i couldn't have said it better myself.  This is a great mixture . Same with me, the only issue was platforming challenges . Momo feels like she is walking on ice all of the time and up down moving platforms are a challenge with timing the jump so that she will actually jump when you want her to and not be in the air when you jump. To the Dev... Well done ! Enjoyed the music  too.  If you don't mind me asking... what program did you use for the music?

Thanks for the comments, anomrac!
The music was pre-made, not by me. You can find links to the musicians in the GAME_CREDITS.txt file.

Well I'd love to play this game if there was a download link. Is this an itch.io thing or perhaps it was taken back for testing?

I've been trying to get some last-minute testing and assets in there before I put up the download, so please check back on the 29th (the day when things get crazy).