And They Also RollView game page 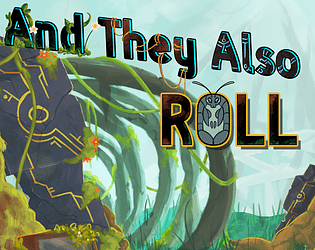 And They Also Roll's itch.io page

Really cool game! I'd love to see what a full RPG game could look like with this combat system, a deckbuilding system that lets the player choose what disks to bring into battles could be super neat. It was a bit confusing at first but I got the hang of it pretty quick. The characters and dialog were also quite charming, and I love the art!

This is super unique! I did manage to win basically just by spamming things, but I really like the ideas, and if they got fleshed out, this would be a super cool game to play for a while! Very nice!

This was a really unique entry for the jam and I had fun playing it. It took a while to work out exactly what the cards did, and as others have pointed out a quick explanation of what each card did would have been nice, although I got the hang of it eventually. I really liked the implementation of the pinball mechanic as well. Great job!

A lot of the critique I would give has already been given, but overall it was a pretty cool way to use the theme! It looks polished and doesn't seem to have any technical issue, but yeah, it was a bit confusing.

Very interesting idea! As others have noted, an explanation of the different discs would've been helpful, and failing that a good idea for the scope of the jam would've been to make them more generic and intuitive to understand. ("Attack", "Defend", "Heal" ect.)

I also would've preferred if the pachinko balls fired off automatically, even if just as an optional toggle. As it is, the firing mechanism didn't feel very satisfying when shooting multiple balls in a row and even if it did, I feel like it kills the momentum of the game. Perhaps breaking the game into distinct rounds wherein at the start of each round each player is dealt a hand of disks and once all disks are placed or when the timer runs out, a bunch of balls are released?

Either way, I'd be very interested to see where y'all go with this unique idea in the future, so please continue to work on it after the jam is done! And congratulations on getting it done in time.

I enjoyed the combo of genres. It was cool to play and the sounds were fun. Nice job!

I really like the concept, but as others have said I would have liked a bit more of a understanding about the pros and cons of placing certain disks. Very unique game though and the dialog was very cool :)

Very origional concept! I like it! Though it was hard to understand what was going on in the beginning.

It seemed like a neat game combo of card game + pachinko.  However I didn't really feel like ever made any meaningful choices. I was sure what any of the abilities did, I wasn't even sure if red floppy disks were bad for me? I ended up just firing the balls as fast as I could replacing disks as fast I could, seems to have worked.

I can see the effort that you guys have put on this, and seems overall like an innovative concept regarding adding diskettes to the pieces of the pinball. That's the first time I've seen this mechanic, nice job

It's kind of a shame that this doesn't have a tutorial because clearly you guys put a lot of effort into it even creating a story about the world in which this plays out. But I just have no idea whats going on, or is it just supposed to be a pinball game where the cards don't really matter?

I didn't really understand what was happening. I just kept putting floppies on the board and pressed down and eventually I won.

If you mark the file as being for Windows it can be installed through the Itch app.

thanks for the heads up on the itch app— should be fixed now :)

Fairly funny idea to create a battle system! Although I didn't fully figured out how the mechanics work.

Never quite figured out exactly how I was meant to be playing it but I won anyway haha. The concept is really cool and very unique! A more fleshed out version with slower introduction of new concepts would be fun. Well done!

I thought the idea behind the game was fresh and original. That said, I had to press random buttons to figure out the controls, so I wish it had a tutorial or something similar. Also, it wasn't clear what the attacks until after they happened, and even then it wasn't entirely clear. It also wasn't clear if I was or lost. I DID like the art, and it was the main thing that attracted me to the game. Overall, the game seems unclear on how it wants me to engage with it, and I think there's an amazing game hidden in here somewhere.

Difficult to understand what need to do 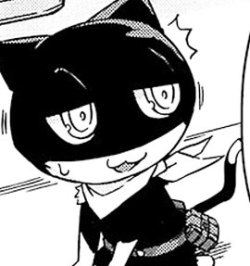 Hey this was my first game jam and I had a ball!

Lots of balls even!

I put words in this! It was a blast.