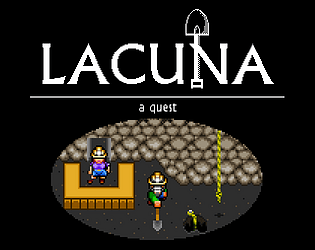 This is a very impressive game! With quality graphics and gameplay. I love swinging the shovel to defeat enemies :)

This is a cool little dungeon crawler and really captures the feeling of spelunking. The light mechanic is really neat, especially.

The gameplay was a bit claustrophobic with the shrinking light and it needed quite a lot of grinding.

Maybe having slightly more time on the light and having enemies drop coins related to how deep you are may help reducing the grinding?

Nice dungeon delving game.   The shrinking light range was great as a time indicator.  I wish the attack range was slightly larger.

Submitted
Lumi and the Dark Night
LikeReply
xorgSubmitted1 year ago

I really liked this! Fun little twist with the light bulb mechanic!

The mechanics were that good balance of easy to learn and less easy to master.

Very solid game! Made it to the end after the grind and then few tries for the actual run. 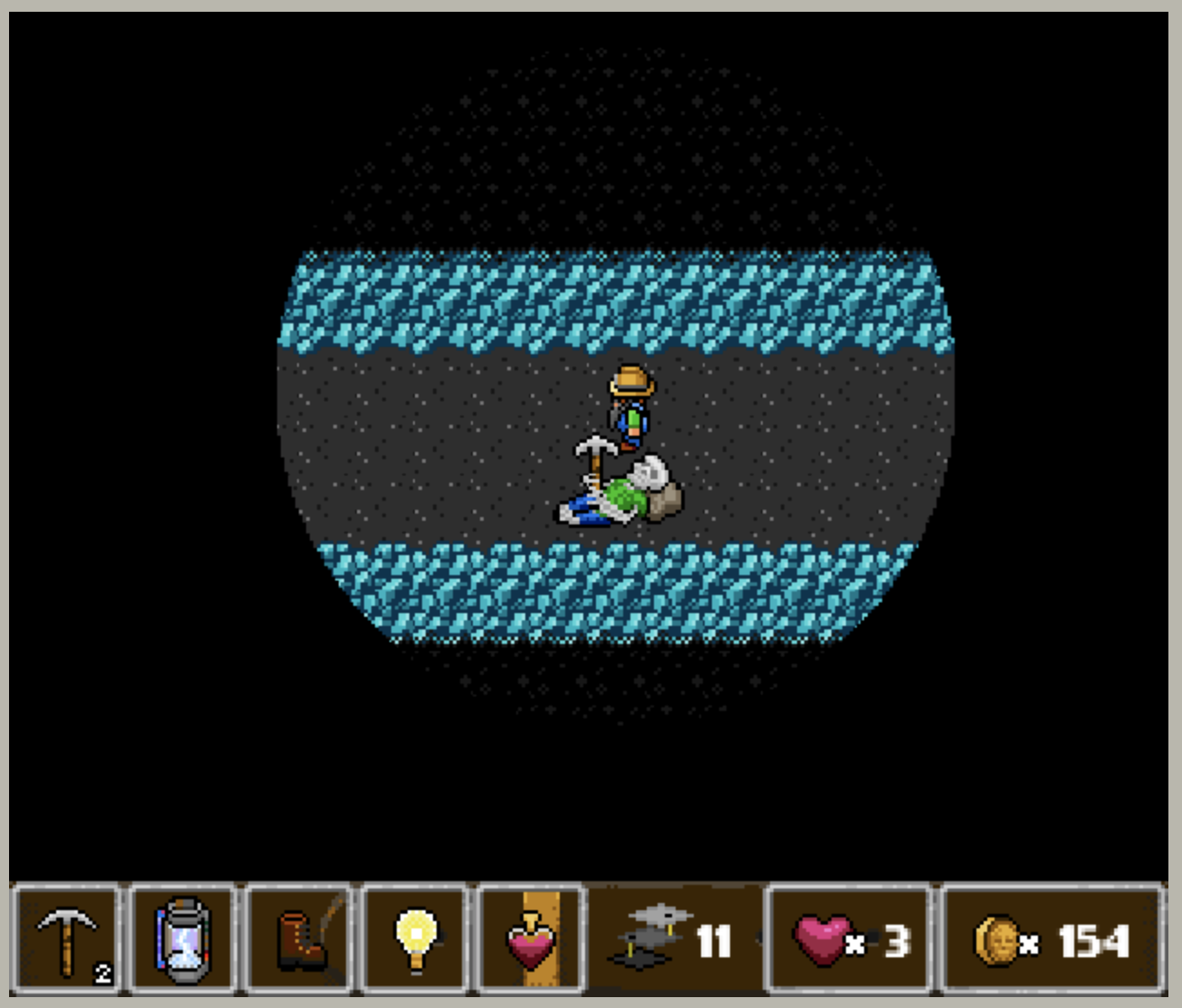 And obviously I first ran into that crystal on the end. If I would have only had one health I would have been pissed!

It was a bit too grindy. And it was kinda annoying how the best way to grind for money was pretty much just to repeat the first floor. The enemy difficulty and income increase ramped up too late to matter at all. The rats should have been like 2 bucks and then a higher chance of fiver or something (maybe would have needed a bit of a change to differentiate more from bats too). The slimes were some good cash but high chance of not dropping anything and not leaving a corpse made em not worth the time. The snakes then were a premium but so late in the game to not really need anything anymore and one wouldn't probably try to get out alive from such depth either.

None of the items really helped that much with the grind either. Well the matter converter thing and the light upgrade were a help but those two were also like the only required ones to bag a win too. The speed increase was not really that much to be worth the money. And obviously making each upgrade be a gradual purchase like for example the health being just one heart at a time instead of just doubling with one purchase would have given more choice and control to player and maybe even helped lengthen the game a bit.

The art and audio were nice! Some minor z-ordering issues with the shop floor but nothing major. The shopkeeper text could have used a darker background or drop shadow or something along those lines too. I was initially kinda feeling a lack of impact on the shovel hits but the pick upgrade then cranked it up nicely. I would have liked to see more oomph on the shovel too. The slight flash of the enemy sprite wasn't just enough feedback.

I can't believe I'm saying this but the weapon swing hitbox might have been even too generous. Well for sure the same was true when the tables were flipped. The snake spit hitboxes were just outrageous! And the fact that they quite ofter spawn camped right next to the floor entrance and shot at you immediately was not cool. Their shot range was a bit too aggressive as well. If you were not already running and they shot at you from outside your view, it was kinda impossible to dodge.

I like how you used single action button for everything. It had its downfalls too though. Enemy hits should have always taken the priority when fighting near the rope.  And that annoying wait duration you had to do when the matter converter triggered before you could grab another corpse was annoying as hell.

Thanks for all the feedback! Happy to see you got to the end. I think you had the most money of anyone we've seen play so far.

You don't actually take damage from the crystal at the end, but we left the knock back in there to give players another opportunity to learn that the crystal is important (and maybe to add a little surprise as you experienced).

You bring a good point of how the loot is balanced - we intended for the first 2 or three floors to be the 'learning area', but we've seen a few players just use it to grind out money. So we see the issue there.

The other quality of life stuff is fair critique and things we just didn't get around to (namely the snake venom hitbox being too large, the annoyance of attacking and accidently going up/down the ropes, and text clarity). They are all on the road map for a cleaned-up post jam version.

Thanks for all the feedback, and thanks again for playing!

this is awesome.  animations, audio, gameplay and progression are dialed, and it's been well polished.  great work!

So in my first review I missed the "Z" to interact resulting i the following review:

After rewatching the video I figured out that I missed the most important part so made a quick additional video:

Oh no! You ran into a critical bug with how the Matter Converter functions. I could tell what went wrong in your video and have uploaded a fixed version of the game so that it won't break anymore. If you want to give it one more try, let me know. I added in a secret that will let you start from where you were when your video ended. Reply here and I will share the secret just long enough for you to get it.

Thank you for playing! You were very good at the game, so I am sure you could finish it!

Oh damn there was a bug huh, I was wondering what was going on with the light haha!

+great to see engine other than unity

-starting levels should have a little more money, otherwise players might loose interest.

All the best for future development.

Loved it.
After Shovel -> Lamp -> Converter Upgrades I got a black screen after going back down. But I will try again.

uh, and maybe a setting for the action-key. z and y are switched on german (and other) layouts.

That is a great point. I will make a note to add keyboard customizations (or layout settings) into future games. 'Y' would be a bit awkward to play with. Sorry about the crash on your game. Did you end up getting to do a full run or did it freeze up again?

I tried again today and I got to the end.

All suggestions I have are already mentioned. Some health drops would be nice.

Very nice look and feel and lots of attention and love to details. Great job!

Strangely addictive. Having the prices of each item go up slightly really enticed me to just go for one or two more runs to get enough coins to unlock the upgrade. But the upgrade itself makes me want to try it out, which turns out allows me to go deeper into the mines. Found it hard to put down. Great in terms of gameplay. There is a small issue I have with the attack and rope input being the same key, sometimes would take the ropes up or down instead of attacking an enemy)

Artwork and music were both really nice, love the pixel art.

This is my favourite game so far! Really nice and nostalgic graphics, and the gameplay is also quite fun! Well done!

Very enjoyable. Liked the music and like others said the risk of going a little bit further. I think I would also like to have had a little more light even at the start. Id also want the button to take the rope up and down to be different than the swinging the shovel. Kept going accidentally changing levels. Definitely had fun. Good job.

Great game,   a bit like a top down spelunky.  I liked being talked at by the miner, although I ended up revisiting him so much he ran out of lines!

Wow, amazing game, even with the simplest mechanics. It's really engaging and the ambient is very good. Good job!

Nice game. It was quite addictive. At first I thought I could be more clever than the game by loosing all my hearts just before my light turn off… and then I discovered the cost of being saved is not a fixed 5$ but depends on the light state.

Speaking of the light, I would have liked some thing to tell me the exact state of my light energy (not only 50% and almost empty).