You're lost, will you find yourself again?
Submitted by HawKyre — 3 hours, 21 minutes before the deadline
Add to collection 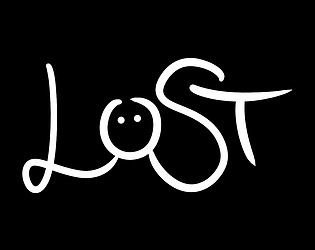 Rated - Interesting color mechanic.  After the jam tweak it with other's suggestions.  Good job!  Please check out my game when you have time.

Submitted
The Quest: Trapped in a Lie
LikeReply
Kamran WaliSubmitted1 year ago

What am I supposed to do on the temple level? the one in gold with the buttons. There are no hints.

There are 2 hints around, they might be too small though. They say "ASCII" and "word", just in case you wanna try to figure it out :D

I really had fun playing the game though i couldn't get past the 3rd level. But i loved the art, the music and the snappy movements! Good job!

The switching of colors has too much of a delay, on the third level where you had to fall and switch colors, i was stuck doing it about 20 times

Hmmmm, I'm sure it's in update so there shouldn't be any delay. It might be the mechanic itself, though. Thanks for playing :D

it was fun playing this game.

However, if I could change something, It'd be the player movement.It is really hard to jump and switch color at the same time.I got stuck at the third level..Anyways good effort.. :)

If you play with lost controls, you only have to press two buttons next to each other! That's why I added those controls as well, they were the ones with which I developed the game. Glad you enjoyed it though! Thanks for playing it!

The game is really good, but the jump at the highest point mechanic it's a little bit hard to do so i would say to change it a little bit to make it easier, but overall is really great :D

I know, I was afraid it would be too hard for some people since I'm already decent at platformers so my difficult judgement isn't the best... Sorry for that!

It's very innovative and the graphic is cool.

I have problems with the controls, but it might be due to using an old keyboard. But overall, it's very relaxing and a nice little game!

Did you have problems with the jumps? If so, let me tell you that you can only jump when you are highest! I'm sorry for not saying the mechanics in-game, I should have :/ Thanks for playing it though! If you come back ot it and try again just hit me up and ask me anything you may want to know :D

I read your jump mechanic before playing. Though I agree the jump could use some work, my problem comes probably because I'm not used to jump with arrow keys. I think custom keyboard layout will fix the issue should you update the game later! It's still a great game, though!

Unless you select the "Lost" controls I didn't find it too consistent with the theme. However, this is a great platformer. Art is interesting, nice atmosphere too.

I would have understand that you're able to switch the platforms with "S" key at start, I was going crazy lol.

The wall jump feels a bit strange to me, or I'm totally bad at the game, but sometimes I'm having troubles doing it.

Yeah, overall the game is nice and enjoyable. Good luck with the reviews!

There is no wall jump, you can only jump again when you press the jump button at the highest! I should have put that somewhere in the game, same with the controls, I feel bad for not doing it :/ But now that I know I will 100% put them the next time I make a game :D

Also, the lost controls are the controls I used throughout the game, but I got some complaints about them so I also added a "normal" controls option, which is more typical. Still, a communication mistake from my part but I tried to fix it in the comments.

Thanks for the review ^^

I don't really know how to do that but I will definitely research it :D Thanks for the feedback ^^

I think you might want to look into persistent Audio system. I think Brackeys have a video about Audio Manager.

I'll definitely check it out!

I Enjoyed Your Game And The Art Style Its Really Fun

It's a nice little game with a very comfortable backing track. It will be stuck on your head for good reasons!

ABOUT JUMPING: You can jump as many times as you wish, just time them at the highest point of the previous jump.

Here's the game controls for the game, in both modes:

And Escape for pause, in both modes.