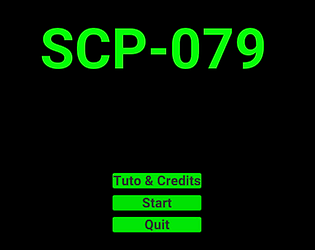 Ranked from 74 ratings. Score is adjusted from raw score by the median number of ratings per game in the jam.

Rated - I like the wacky sprite art! Hope you learned a lot this game jam, and good job submitting a game! Take notes on peoples suggestions and improve your next game. When you have time, please check out my game~ good day!

Submitted
The Quest: Trapped in a Lie
LikeReply
MattabulousSubmitted3 years ago(+1)

Rated! I wish I could have enjoyed the game a bit more but sadly, I cannot play browser versions as it lags out my browser. (I added an extra star to each part to compensate).

Although, one thing I can say is that the audio is super sharp and horrid. It is painful to listen to. Try making the audio a bit softer whether that be through fades or through lowering the volume.

Feel free to rate our game too, whenever you're available of course! :D

i couldn't really get the first level its like pong but you dodge the ball. Also you can hide behind the left bar and the game just goes on. Maybe i am just stupid or something :/ Check out our game https://itch.io/jam/cgj/rate/477035

Played and rated! Great game! The atmosphere was so cool, nice concept and the idea is really unique. Couldn't understand the controls at first then I figured it out. Well done.

Already done! Thank you for this very nice review

Interesting twist, I didn't even know of SCP-[Redacted] until this. The text scrolling might be just a bit slow, though. Though it could have just been for dramatic effect.

Really cool Game! Very interesting game idea and it is very fun, the sfx are good and it seems like a full on game. Good job!.

The idea is pretty original. Didn't understand the doors stage, I guessed I missed something.  Overall well done. Typing could be faster.

Wow this is really impressive, and a new take on classic retro games :D Would be cool if the text type faster, or the space key can display all text at once before skipping it. I still enjoy this a lot!

Submitted
The Race: A Track of Lies!
LikeReply
StoneColdPandaSubmitted3 years ago(+1)

I am hooked to this game!

^-^ The Game is funny but this GameOver sound excites me

So, the idea is cool and I really like the idea of playing retro games in a different way. It was kinda hard though figuring out how to progress, especially in the first stage where I progressed without knowing why. In the second stage the colliders were a bit off so it was hard to move around, sometimes I collided with a gost from above and nothing happend.

The graphics are cool and I like the style of the game.

The music is cool to, especially the rearrangement of tetris theme. The sound fx are a bit over the top sometimes, the game over sound nearly killed me.

Overall it's a fun game and I liked the story.

Thank you for your good review.

Great game, hard as hell and a ton of fun, good job! (just keep your volume low when you start playing so your ears don't explode with some of the effects).

The pong attack scared me so much! Good job! So many mini games

Neat game. You got a lot out of the engine with particles and light effects.

The mini games were fun. Had a problem getting the game to start. Many times it would just go to a black screen and then game over.

Are you using safari?

Make a try with Netscape or chrome!

Yeah, worked better in Chrome. I was using Safari. lol

This game could literally be in the mobile play store after polishing!!

Constructive feedback : The...music... is loud, might want to make some changes to the music after the jam!

I really like this one!!! I ended up uninstalling it but I had a lot of fun playing through this. Very intriguing...