A game about rewinding game verison
Submitted by Pedifi — 10 hours, 45 minutes before the deadline
Add to collection 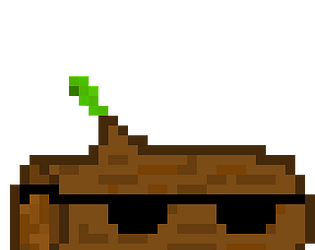 In what way does your game fit the theme?
You can rewind the game version.

Did you write most of the code yourself and made all the assets from scratch?
Yes I made all of the code and sprites but i did not made the music.Its classic music.

Loved it, mostly because of the changelog pun.

The only thing that I didn't like was the "12 coins to move through certain walls".
Because it's the only mechanic that feels like a mechanic instead of a random glitch that happened.

But the whole concept is really cool, I'd love to see a more fleshed out game with this idea.
And again, great pun.

This game is SOOOO FUNNY! Seriously , makes me laugh several times! Is the first rating I give 5 starts to Fun! I mean, the joke about the changelog is not for everyone. All of us here in the jam of course will understand, but the common people, probably don't.

Ps: Agreed with the lwday 's review about that bug when falling in that same screenshot lol.

It was one of the best games i've played so far in the jam! It was super innovative both for the use of the theme and from the game design standpoint itself, it was very fun to go forward and keep in mind everything that have changed due to the newly rewinded glitches. I would just change the music, because to me it felt i little bit anticlimatic, and also remove the close button from ESC, since in the beginning i ended up closing the game some times while trying to close the dialogs. Other than that it was a really amazing game and i truly hope you keep working on it!

Thanks for the feedback :D

This game was hilarious, especially from a game designer’s standpoint. It’s incredibly unique that the game rewinds its state of progress the farther the player progresses.

I enjoyed utilizing the “glitches” as much as possible, and it’s funny to watch as the game deteriorates the farther it gets rewinded. I loved the detail of the player’s sprite tileset going out of whack.. It would have been funny if the ending caused the game to delete itself and leave an empty Unity folder.

I wanted to see what would happen if I ignored the log and jumped off the cliff without rewinding, the slime fell off the screen and the game got softlocked. 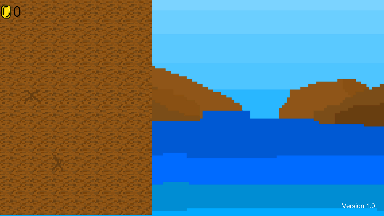 The pixel ratio is inconsistent with some pixel ratios being all over the place. The background seems to have massive pixels and the grass is tiny. Pixels should always stay at one consistent ratio because not doing so can make the game look unpleasant to the user.

The music is not bad, but it doesn’t seem fitting with the game’s pixelated graphics. A chiptune theme would be much more fitting for the retro look instead of classical-sounding music that would fit better in a detailed and fancy setting.

Overall, this is one of the most unique games I’ve seen in the jam, especially since I have yet to see any other game here that breaks the fourth wall.

Thanks for the detailed feedback i will definetly improve :D

Awesome concept! really clever to use backlog as rewind mechanic.

Bravo! Simple but clever idea. I love it. Now go and win!

Submitted
You will never catch me!
LikeReply
HN_studiosSubmitted239 days ago

This was fantastic! It just felt so close to home as a developer xD Really good job!

Submitted
A ninja in time
LikeReply
MitaclaSubmitted239 days ago

Rewinding your game considering the various steps of programming it and fixing its errors, that was very nice :) Nice music, art and level design (well, at least the beginning :p ) Good job :)

Haha thanks for the feedback :)

Awesome game ! The music was amazing !

This will be a game i go back to complete (if possible). Great take on the rewind theme as well as the "fun factor". Great job!

Never seen such a good idea of expliciting the theme 'rewind'!

nice game bro I like the idea with the changelog

The visuals of this game are soo nice! I love them. The rewind mechanic were implemented well and playing it made a bunch of fun, so great job!

Wow, I didn't expect that you will implement the theme to go back to the prev version of the game :O . Nice ide....

Glad you liked it

Wow, such a great game! This was the definition of short and sweet. I like how we literally had the same idea :D

It was a fun experiments by playing your game. I wasn't able to go down when I killed the "big" later on small red slime. But it's ok, I liked how you made the graphic and how you managed theme. Well done :)

To pass those marked blocks you atleast need 12 coins when you rewinded to make the big slime small that added more bugs to the game you need to use those new bugs to pass :)

Its my fault i didnt made it clear in the game

Very fun and funny game, I enjoyed it a lot, I even had fun just jumping in time with the music :D

Glad you liked it :D

Very fun! Such a simple idea executed in the best way!

I really loved this game, and the idea was incredible!!

When I saw the name I was sure this would be something fun.. Well done! Cool and fun idea :)