There's too many good things going with The Rainsdowne Players. Yet it still hits me that it's hard to find any information about it or people playing it. It's on Steam and on Switch, and even then, it's more than likely that it's made it past all of your radars. I propose taking it for a spin, as it's a game unlike anything you've played before.

I'll be sharing the fanart I made for it not long ago, because why not? Looking forward to more works from Steve and co! 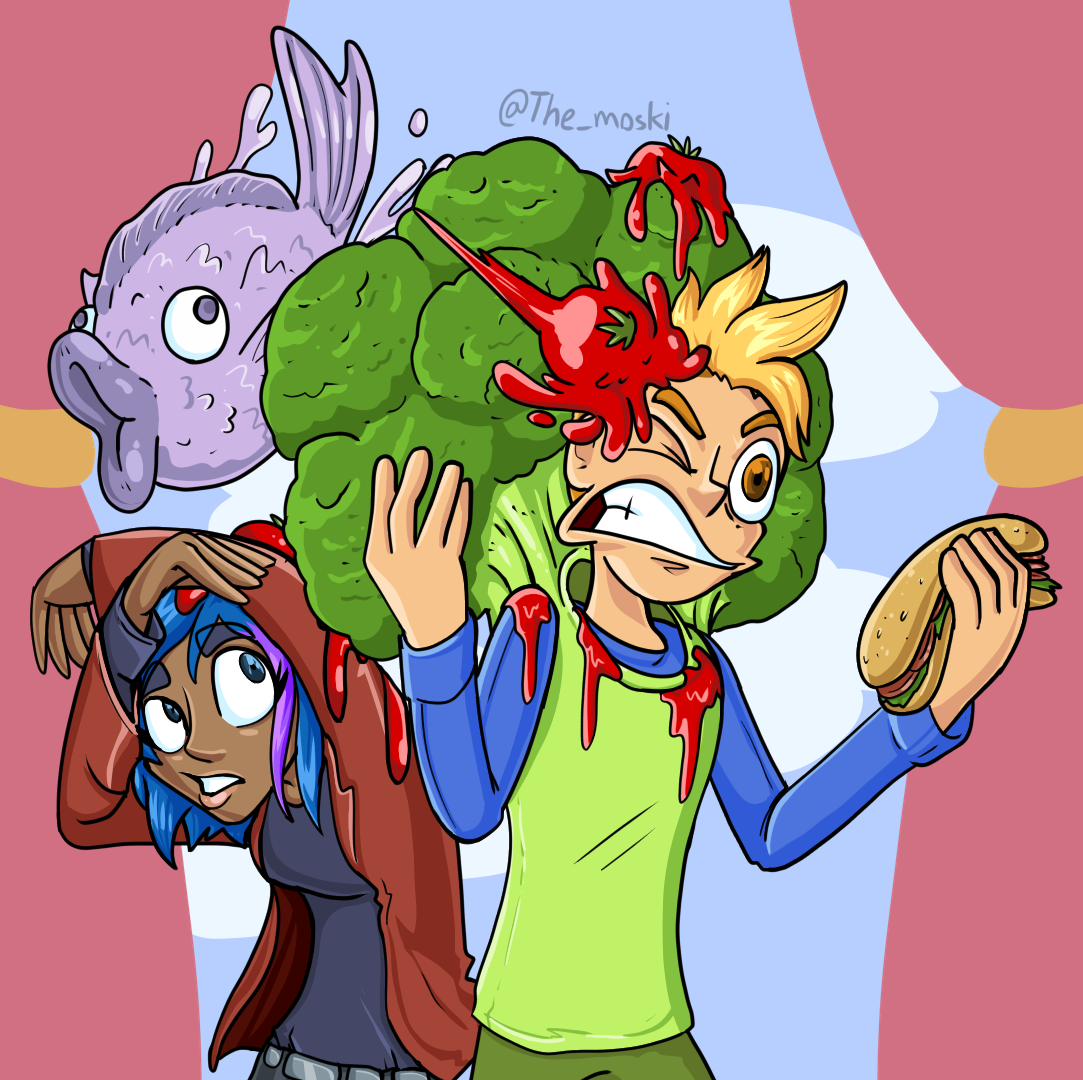 I kinda felt like a sadist when I realized that I could maximize my score by getting as many Bloops sick as possible. I can’t even tell if this is working as intended or just a happy accident. But hey, it was flipping fun. 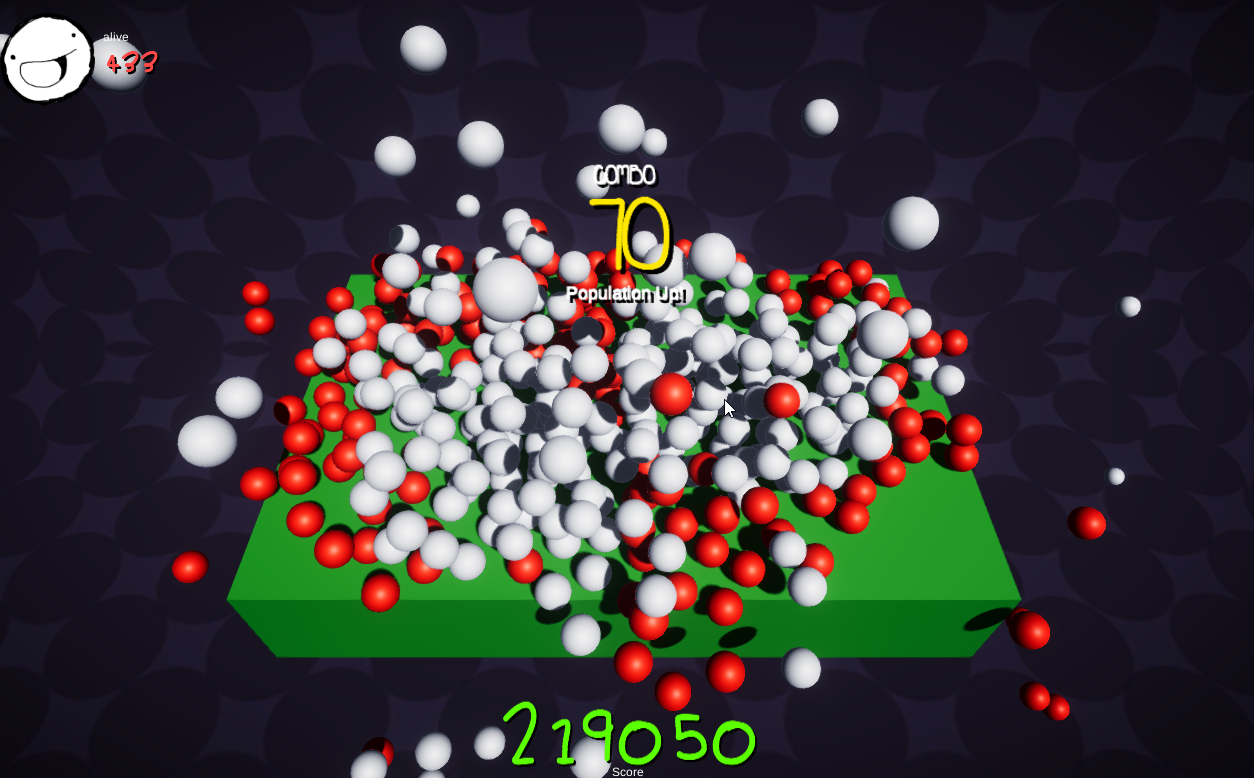 It’s very hard to nail down exactly what this is. Some weird mix of strategy, puzzle, arcade and physics gameplay, which can be as calming as thrilling, with the explosions being somewhat zen in nature, respite them representing dozens of Bloops dying. The duality of Bloops, I’d say.

But hey, I got almost to a million in score, so it’s all good, right? Right. Simple in functions, and with some very memetic sound effects. This game was a blast, and in more ways than one. Stirring towards the simplistic and even click-heavy at times, but it was still a bundle of joy for most of its duration.

I talk for my team when I say that this entry was special by reasons that are seemingly contradictory. Great job, and we hope to see more from your team later on!

The more you play, the more epic it gets. After a few rounds, I felt like a super badass. 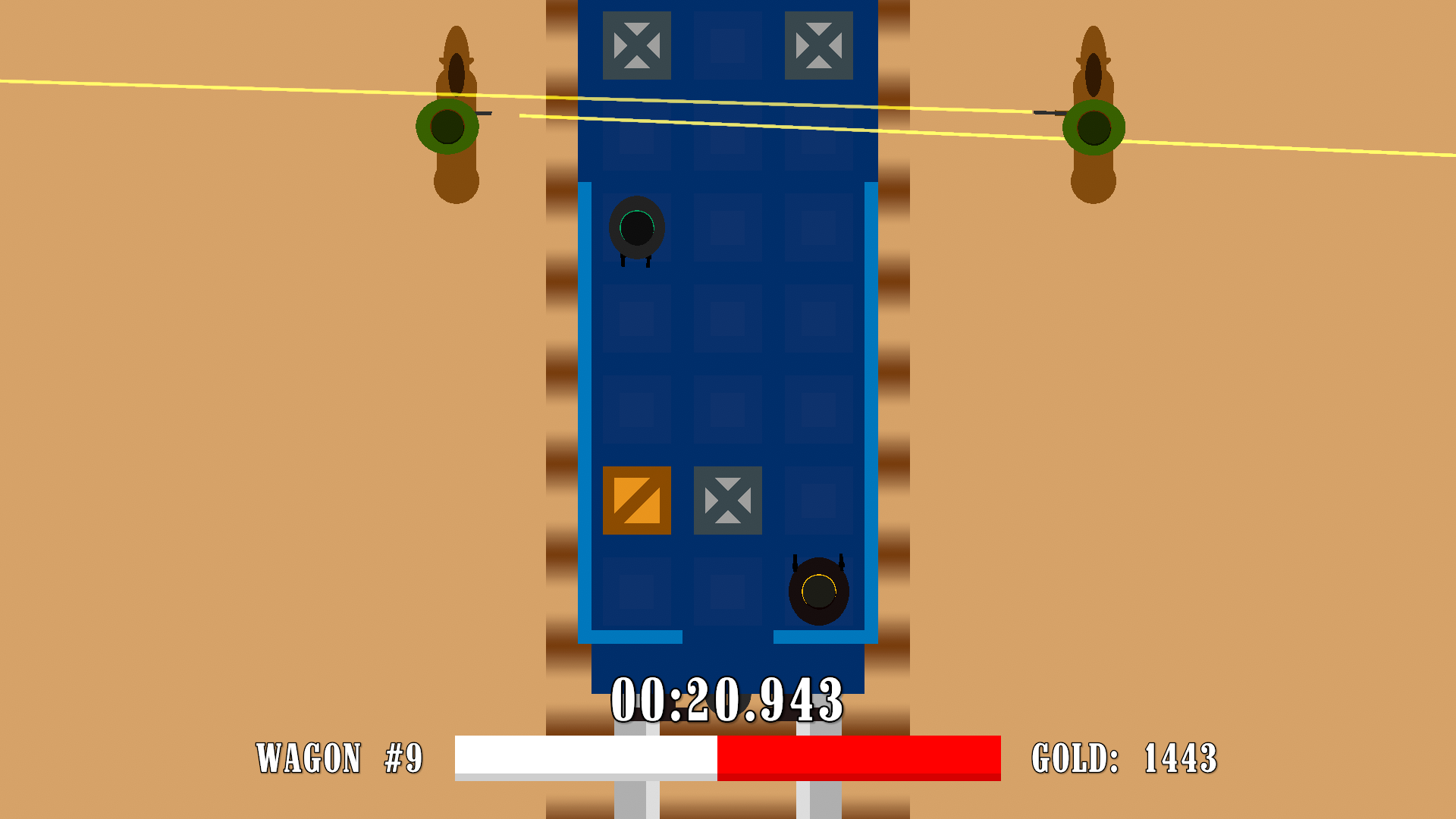 While deceptively simple on the looks, this is an extremely fast paced gunslinging shooter. I got to it by accident, and I'm glad I did, since it's the kind of rogue-like that screams for an enhanced version.

I started feeble and weak, barely making it to the second or third wagons. But after hoarding a bit of money, I was dispensing lead left and right, pilfering the pilferers, doing wagons in seconds. It's just so good.

The Whales and Games team salutes you for making such a great entry. Cute frog btw! 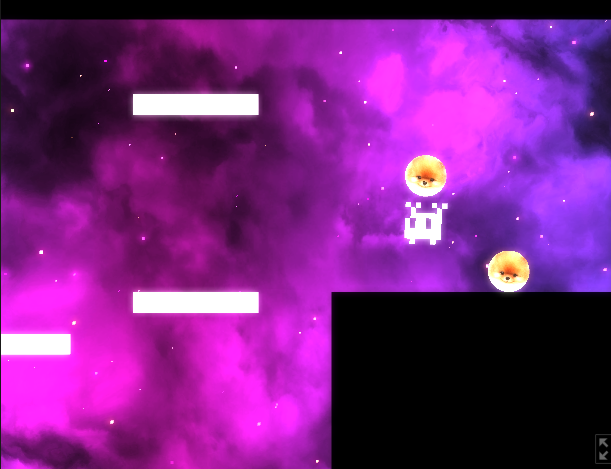 What an all-round marvel. Simple, yet effective and even stunning graphics paired with a musical track that’s fitting, funny and thrilling, and grouped up with platformer puzzles that really tie everything together. I’m astonished.

What can I say? I’m flabbergasted. I usually write longer reviews with feedback, but I’m utterly speechless this time around. On your place, I have no idea of what I would change or add to improve the experience, since it’s already all so neatly packed together. If anything, as someone mentioned before, an R button or something to quickly restart. But really, for short levels, that’s just me being picky.

Incredible work. I’ll forward it to the Whales and Games to share on the delight that Dog Dog Dungeon is. I clap like a madman for you, looking to see more of this kind of entries in the coming jams

A deceptively head-cracking puzzler. You can easily “know” the solution by looking at the blocks, but getting them into place is the real trick, and I love it for it. 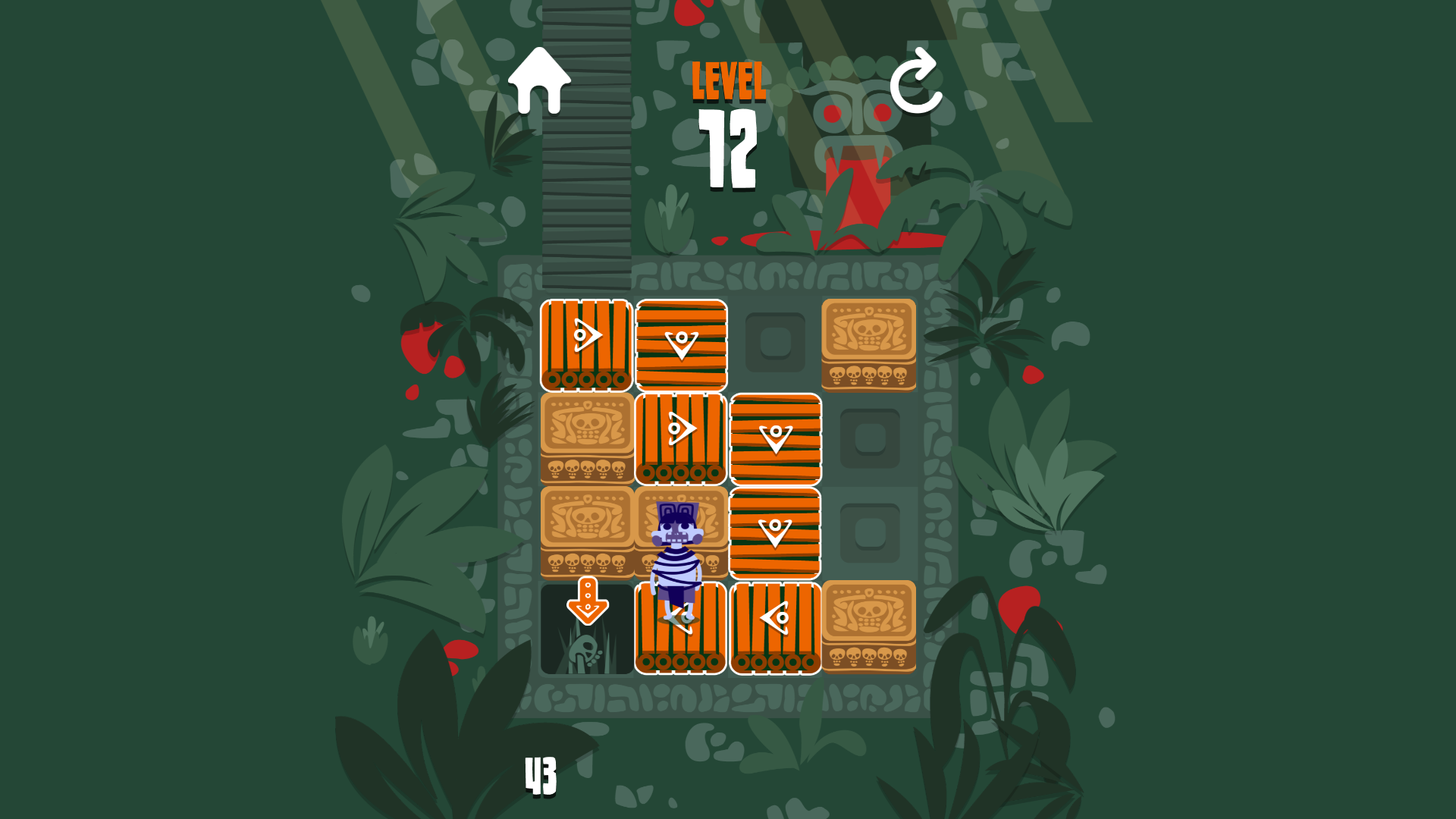 The whole game feels like one of those frustrating slide puzzles, but with an actual fun methodology to them, with very limited space to maneuver to get everything into place. The mix of the gorgeous artwork, the tribal-esque music and clever levels make this a top-notch entry.

By far, my favorite detail is how the sacrifices scream as they get close to the pit. That’s the kind of polish that really outstands. Fascinating job!

1. Haize! I'm the 'moski. I'm a mexican art-designer-wanna-be who does general gaming art, from fanart to YouTube Channel Art for others.

2. I've been interested in the indie game culture for years now. I haven't participated on any jams from itch.io, since I've been very busy, nor do I know how to actually code, so I'm expecting to join along a friend that can do that so I can focus on the art and some overall designing.

3. From the development perspective, my favorites are Cave Story, Binding of Isaac and Stardew Valley. The first and last are impressive because of how big they become by being made by a single person, while BoI has a lot of personal story from the creator reflected into it. It's documentation is glorious.

4. The only experience I've got is some RPG Maker projects. The only released one, and most successful, was The Farming One, made in 2014 for an RPG Maker contest. It's still floating around and free, if anyone wants to give it a shot. It was made by me and the friend that I'm expecting to do the coding on this project. We've learned and improved a lot since then.

5. My passions are video-games, but I don't think that there's anyone here joining out of sheer obligation. So, other than that, some TV shows and comics, and drawing original characters, designing worlds for them. If anyone wants to get in contact, here's a blatant advertising for my twitter, hoping this is not against the rules :v

Looking forward to seeing your projects. Who knows? Maybe we can collaborate in the future! :3