An adventure game about curing a curse
Submitted by mkhoi — 4 hours, 33 minutes before the deadline
Add to collection 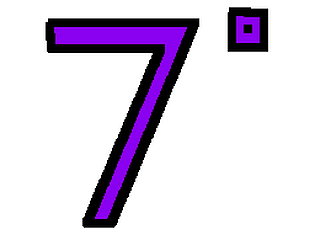 Game Description
An adventure game about curing your temperature curse

Love the concept! Unfortunately the shooting bug made the game basically unplayable. Also, it was really hard trying to get away from enemies and then dying just from the act of running :(

Thanks! I'll try to fix those after the jam

Interesting concept, it would be worth spending more time on it after the Jam ^^

The timer was way too fast to my taste because even moving between small rooms in the tutorial would make me reach max heat. Also, it would be nicer to the player if you pause the game/timer during the tutorial so that we can read the text without worrying about the timer.

A bit more feedback on the heat could be nice as well, for example, sound effect when you are heating a bit too much.

Thanks a lot! I do plan to work more on the game after the jam

A very interesting concept, and I had a lot of fun actually playing the game!
The timer for increasing heat while moving felt a bit too fast, admittedly, which made the game really hard, but balancing correctly during a game jam can always be hard, haha!

Very nice cool idea you got. If you should do some extra work on the game then I would recomend to look at the artwork

Thanks! I will do some more stuff with the game after the jam.

Those are some cool mechanics. I like how visually you implemented the degrees of temperature and the different ranges of ability based on range.  Did the mass of the player relate to temperature gain/lose?
I think if instead of time driving your -7 to 7 range but something else (movement or shooting or something else) it wouldn't feel so punishing.  Instead of paying attention to what i'm doing or what i can do, i'm just watching the timer.  Thanks for the game, there's some great stuff going on.

Submitted
The Seven Trials of Chronos
LikeReply
mkhoiDeveloper155 days ago(+1)

Thanks! I'm planning to redo the game with the things you mentioned and other things after the jam

Good job on that game, I like the way you implemented the theme. Nice idea for it

I think this game has some interesting potential. The movement feels good and the ideas are there! You’re description stated up front there was an issue with the “hot” projectiles, so I was aware of that going in and not counting that as an issue. However here’s a few thoughts to the mechanic…

All that said, ultimately, a few tweaks here and there, an adjustment to the hot/cold mechanic, and getting those “hot” projectiles to fire, and I think you have the start to a good roguelike :)

Your ideas are excellent! I'll update the game with those when i have time.

The game was also originally planned to be a rougelike but my skills currently aren't good enough to make a game like that in the jam's timeframe but i'll save this idea for the future.

Man this was hard for me! I think seven was a tad too short, but then again it _was_ the theme so I understand. Also maybe the tutorial section could pause the number so we could read them in peace?

Thanks for playing the game! I'll try to fix the tutorial and update the game once the jam is over

Had fun with it despite the bug with the hot projectile. I would also find myself losing track of what my temperature was though. Perhaps a warning sounds that play when you are +/- 5 or 6?

Thanks, i'll implement your suggestion once the jam is over

good mechanic but i always lose !

Thanks! Balancing is pretty hard and i may have made the game too hard

The hot/cold mechanic is interesting, though difficult to balance. I found I would stop paying attention briefly and just die. I also couldn't seem to shoot most of the time. Every once in a while it worked, but I could never figure out what I did differently to get it to work.

Thanks for the feedback, also i have forgotten to mention that you can only attack when you're not between -1 and 1 degrees

Okay, after trying again, I can see that I can shoot when less than -1, but I can't shoot when above 1.

Ah, that's a bug, I'm sorry for that. I'll try to fix it. For now, just use the cold projectile.

Such a cute game!  And very clever dynamics.

I was never able to shoot a projectile, however?

Thanks for the inspiration!

Thanks for your compliment!