Submitted by unkownzero (@unkownzero) — 2 days, 5 hours before the deadline
Add to collection

Finally figured out level 1. Nice puzzle. A bit slow and imprecise and controls are not what  you expect (they sound like vim, but not quite vim!). So iterations are a bit frustrating until you can figure out what needs to be done.

thank for playing and feedback

Controls didn't work at all for me idk why (and yes, I did remember to click within the browser window)

The concept is interesting! Play seven characters was a great idea! I took me time to figure out how it works, but it’s okay! :) (I agree with the other reviews about the difficulty at the start of the game)

thanks for the feedback

I really like the concept, and the art was definitely very cute! Plus, I had a lot of fun trying to solve the puzzles, it was a good experience!

As you've heard from other reviews, the difficulty is too high at the start, the first level is a big pain, and it'll be a hurdle for new players. It might be easier than other levels, but if someone isn't familiar with the game or mechanics at all, you really want them to start off suuuuper easy, so that they can get a feel for the game, and get invested in playing it through to the end. You could probably only start with the beans necessary to progress, and in the correct order, that way it's really intuitive to beat the starting stages, and then you can add changing order and such in later stages.
Additionally it would be really nice if the beans moved a little faster, just so that it'd be easier to try different strategies.
One other thing, rather than instantly dying when the limit is reached, you should probably just only let beans turn into plants if the limit hasn't been reached. For example, in the first stage, the limit is 4. When the 4th changes, you instantly die. I think it'd be nicer on the player if the limit was listed at 3, and once the third has changed into a plant, you just don't have that option anymore. There was one time where I misclicked the plant button when I meant to switch beans, and it killed me, so just making that a little friendlier would be great.

But overall, I really like the concept. A fun idea for a puzzle platformer! Nice work!

thanks for the big feedback , a bout the transform i think you right  you shouldn't be able to transform when the limit reached ,i had plans so i only worked on the game for 3 days so level design was rushed

Wow, getting this much done in only 3 days is super impressive! Awesome job!

Really good idea - when the Jam started my first thought was also to implement seven playable characters in some way. Seems like a nice puzzle platformer in that respect - only wish it would start off a little easier, but it's fun!

The difficulty is not a problem, but a little tutorial in the beginning on how to play would be great, just so that one can get used to the mechanics and logic before failing very often in the beginning. Just as a suggestion, but I like difficult and I liked it

I struggled a lot on the first level. I think a more progressive introduction of the game would benefit it a lot. Otherwise, the concept is really interesting. Good job!

thanks for playing , was it really that hard  compared to the 3rd its easy i think

It definitely would be helpful to order the levels by incremental difficulty, maybe and/or introduce the different seeds with some trivial puzzles. Otherwise very cool :)

thanks for playing , was it really that hard  compared to the 3rd its easy i think

The concept has huge potential.

I think the first level was by far the hardest, and even after understanding all the mechanics of the game I still had to try many times to finish it. It would have been more interesting to order the levels from easiest to hardest.

I was stuck here because I was not able to grab the key: 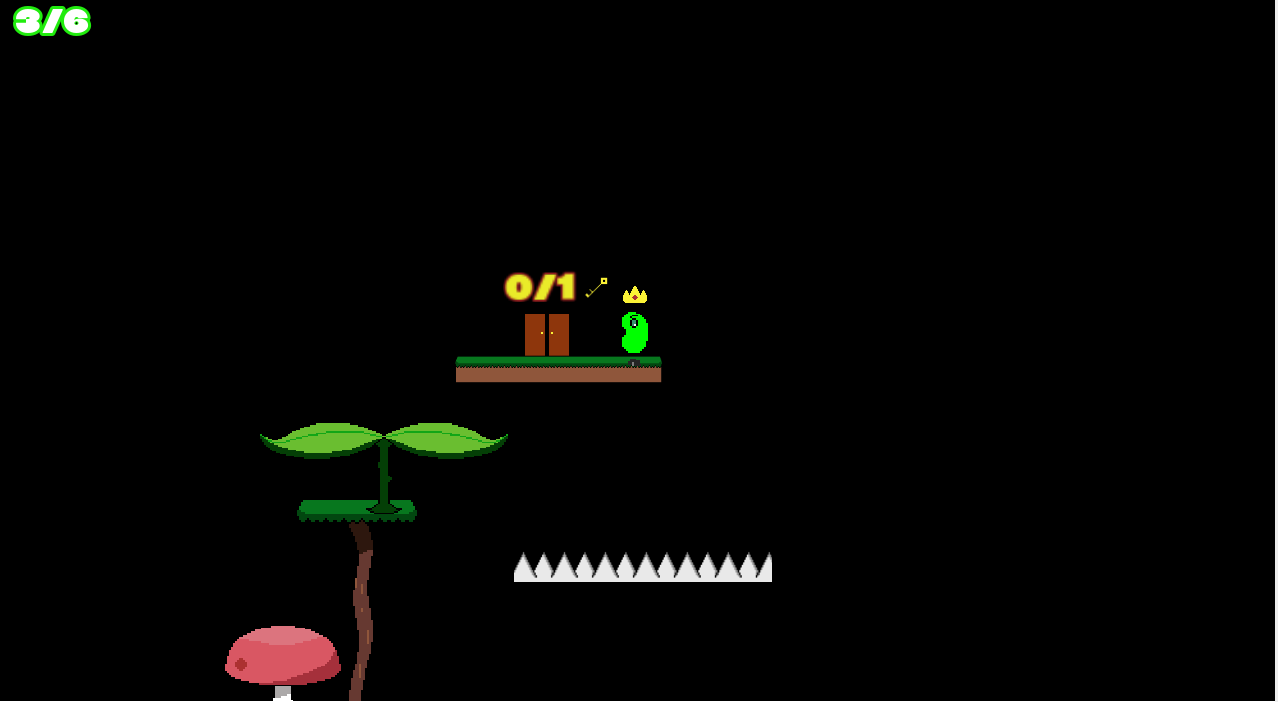 thank for playing and for the feedback, is it  really the first is the hardest  maybe it is harder than the 2nd  but the 3rd is way harder

I finished the first couple of levels of the game. Green and Red beans were great. I don't understand how to use blue beans effectively.  I really liked the concept.

I found a way to break things, when I shoved a bean off by standing on it and then jumping off myself.  Either because I didn't have the next bean in line or two deaths at once. 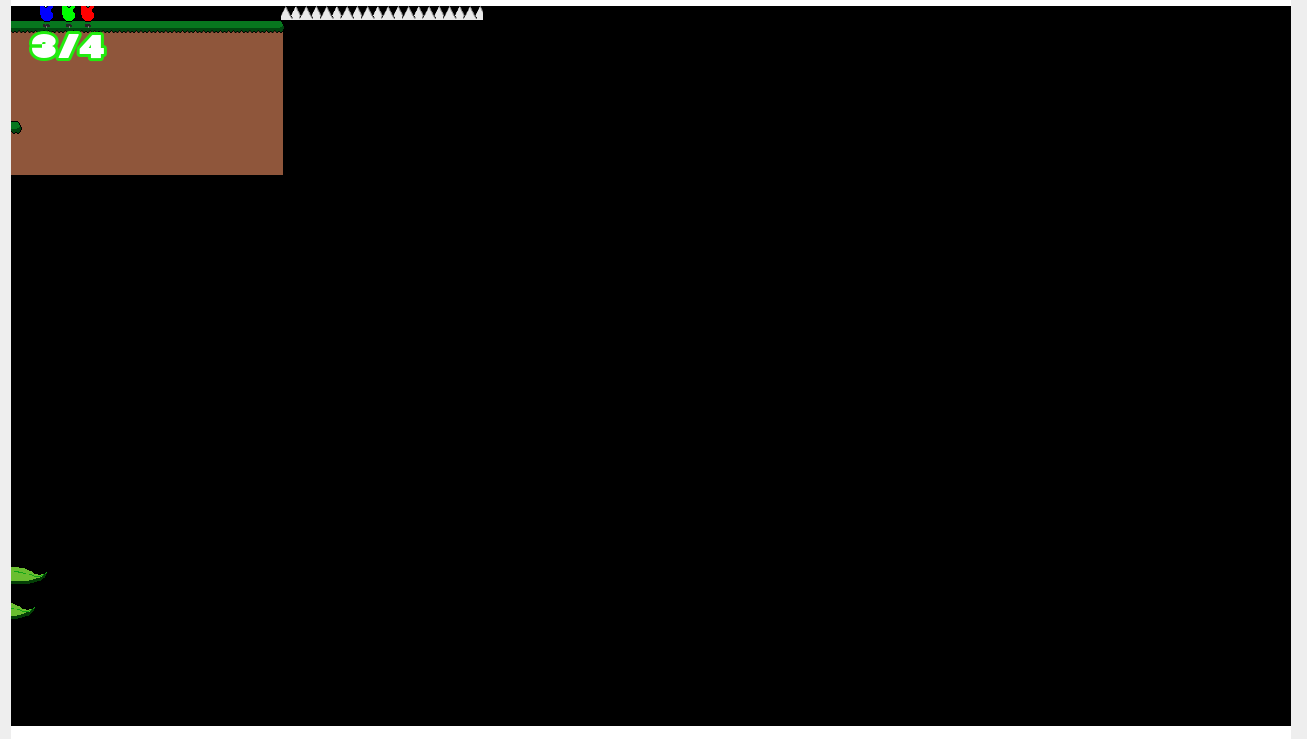 Submitted
The Seven Trials of Chronos
LikeReply
unkownzeroDeveloper1 year ago(+1)

thanks for playing ,the blue almost always used whit the red  ,and in third game you really need to stand on each other

Fun puzzle game. It took me a few attempts to figure it all out, but then it was pretty cool.

thanks  for playing , i did not  have match time for level design  so i'm glad you like it

Hi unkownzero, I didn't get far in your game, but there is a lot of potential for intricate puzzles with the growth mechanic. It took a while to figure out what growing does and how to use it. I did like your explicit instructions at the beginning of the levels with the outlines of the controls. I also liked the variable jump, that was good. I also liked the crown indicator so I knew who I was playing as.

-The jumping sound plays again when I am in the air, but hold down the jump button.

thanks for your feedback