A hard platformer where you don't choose when to jump.
Submitted by Aizin — 8 hours, 49 minutes before the deadline
Add to collection 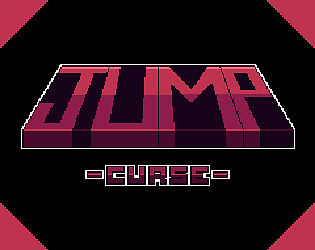 Ranked from 119 ratings. Score is adjusted from raw score by the median number of ratings per game in the jam.

How does your game fit the theme?
The player doesn't get to choose when to jump, its necessary to get used to platforming when you can't control when you start jumping. You now have to deal with the consequences of jumping when you DONT want to. There are also a couple secrets, try to look out for weird/different looking walls! (You can read more about my thoughts on the jump timer mechanic on the game page if you're interested!)

I got to it late but i love it! the art is beautiful!

For some reason I cant get this game working it always deletes the exe file when I try to extract the zip.

Do you know about any way to fix this.

Unfortunately I haven't seen anybody else with this same problem before...

Its possible that an anti-virus application may be trying to detect it as a virus if I had to make a guess on why your computer is automatically deleting files. I don't know if this will work but if you try using  WinWar you should able to just open up the zip and run the exe without extracting it.

I hope that fixes it, sorry I'm not the best at solving tech problems like this!

The most i liked in this game was it's visuals. This game have a very very good level design and i think that you can also make this game your commercial on steam and itch io. Smooth controls and enjoyable sound choices.

I agree with all the other comments that this game is simply brilliant. Clever idea, polished controls and good level design. Also very good sound choices. Well done!

This is probably the best game I've played in the jam that takes control of one aspect of the players actions! It feels really nice to play and the art and sounds are excellent! We made all the music and art during the jam too so we know how much extra work it is. I hope you keep working on this after the jam!

Nice gameplay,music and visuals! You can carve a nice game out of this concept and please do!

Suggestion - sometimes the spikes do get a little frustating, so you can tweak the hitboxes in post-jam version.

Great art and music! The levels were really well designed and made great use of the timing.  My only complaint is that some of the hitboxes are really punishing. It was hard but I managed to beat it and I loved it!

A solid platformer with amazing arts (reminds me of celeste). The only issue is the spike hit box, I think it's too large. But everything else is perfect. I really want to see a long version with more levels.

Submitted
I DID NOT WANT THAT CARD !
LikeReply
RagatorSubmitted1 year ago(+1)

This game is definitely not the only take on this exact idea, but it is by FAR the best implementation of it I've seen in the Jam. The presentation is on point, I love the pixel art and the audio, the controls are tight and enjoyable, it is intuitive, and it just works, and I love it.

Really solid platformer, i liked the mechanics a lot and how you used the mid air jump timing. Also the presentation is awesome really polished (those lava pools look amazing)!

Thanks for playing! I worked really hard on making the small things look nice like the jump dust particles and the lava, I'm really glad you liked it!

Yeah, the idea has been done a lot. Your game is also a bit of a waiting sim, but it's not to bad. I would say that some of the level design is a lot more annoying. The spikes are unforgiving, but you're already going to change them. I was mainly frustrated by the part pictured below. You have to jump from a moving conveyor belt, and time it perfectly to make it. 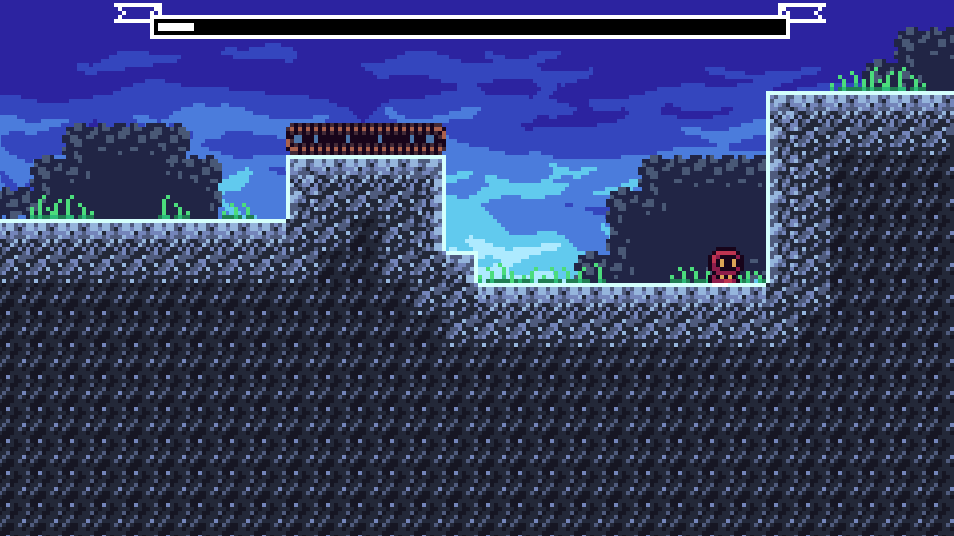 Oh, well I'm sorry you feel that it was a lot of waiting and it was annoying. I know that the level design is hard, I did that on purpose knowing that it wouldnt be for some people in a game jam, and I knew that there would only be a small amount of people who would actually get through the entire game.

As you read from my game page, you saw my opinion on the jump timer games and just from the nature of those games there has to be some waiting. I hope you didn't feel like there was too much waiting as I tried to minimize it in later levels with more things to do and making it so you cant wait, but that automatically lead to harder levels. So I had to make the trade to make things a little more frustrating and hard instead of boring and annoying! Its not obviously not perfect, but I hope to improve some mechanics post-jam!

As for the part you were stuck on, that was the first room where conveyor belts were introduced. My approach to tutorials is to never explicitly tell the player what to do, instead let them experiment and see what works. It may seem frustrating for some in a game jam as it requires patience, but I feel thats its very rewarding when you find something that works. The trick I was trying to teach at that jump is if you run at the opposite direction as the conveyor, you stop moving essentially being like any other jump where when the timer is going to hit 0 you just change directions and move across the gap. And if you knew that and it was still too hard of a jump, I can make it a slightly shorter jump post-jam if you think it would feel better.

Thanks for playing and giving me feedback! I just wanted to post my thoughts somewhere.

Yeah, there wasn't too much waiting. I did figure out that you can cancel the movement on the conveyor belt by walking in the opposite direction. I also like the way you introduce mechanics without a bunch of text. It's just that you have to time the jump perfectly in order to make it. I don't know if you were going for a very skilled based platformer, but that does get frustrating for people that aren't into that.

The polish on this is awesome, especially considering you did everything yourself. Really great job there :) I've seen a few "jumps on timer' games but this is by far my favourite implementation :) There is a nice difficulty curve and the art, along with the music makes it feel very complete. Great job :)

Have seen a few with that idea, but this one was really well done

neat level design apart from a few frustrating ones
I prefer A and D for movement but it worked with arrows too,

the spikes were a bit annoying with their hitboxes in a way that touching the side would also kill me,
But I cant really talk bad about spikes, after my game :)

very cool game! while i have seen this idea before, your execution of it was fantastic. my only suggestion would be to add a death animation, but i can understand leaving that out given the time crunch. great job :D

Really polished and fun game. The boss was a bit too steep difficulty curve for me making it a bit frustrating to beat.

Very good take on the 'out of control' part of things. I couldn't get through this to the end sadly, my platforming skills just aren't up to it! But one thing I would suggest, it might be a good idea to put some kind of indicator on the conveyors to show which direction they go. I felt like a few of my deaths were only because I couldn't tell which direction I should press in time. Otherwise great!

While I've seen "you can't control your jump," you did it so well and so uniquely that I can't complain. Very very good!

I like the difficulty progression, you get some time to figure out the controls and see how it works. I REALLY like the timer mechanic, it brings some control to the player and makes the game feel fair. My biggest issue this game jam has been seeing games out of control but unfair, and you both fit the theme and made a playable, fun game!

I like how you had parts where you HAD to jump, and parts where you SHOULDN'T jump. Very interesting twist, and makes the game more than just a "wait for the next jump" game, but rather one where each jump has to be carefully planned.

I LOVE the music. Video game music is one of my biggest things, and I think you really did a good job especially having to write this with just a few hours. Art is amazing. Polished, really good in general.

Thanks for giving me the opportunity to play this! I got 485 jumps :)

Submitted
Pie on the Fly
LikeReply
SamStallionSubmitted1 year ago(+1)

Really great polish, a nice bit of story, good music and graphics, a great recipe for a jam game! I'd love to see this game with even more juice, lil squash n stretch, some sound effects.  I understand those sorts of things were cut for time and wisely so, this game was trimmed with great precision to fit inside the jam deadline. Well done!

The nice controls and the polish definitly make this really good. The idea of not letting the player control the jumping was pretty common, however with the clear timer this is a way better execution than most of the other games with the same premise.

This was a decently polished and tightly controlling game! well done!
One thing that I think could improve the game is linking the music to the jumps, necrodancer style.
You might as well, seeing as the jumps only ever trigger at regular intervals, and it would no doubt endear the player into the mechanic a bit more, as it can be a bit frustrating at times.
Overall, quite impressed!