Belch your way through 10 distinct stages in this all-new Anti-Platformer developed for GMTK Jam 2018!
Submitted by Aggressive Combustion (@ac_gamestudios) — 1 hour, 6 minutes before the deadline
Add to collection 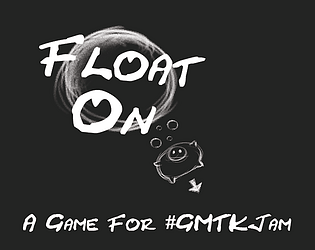 I like the concept and aesthetic, though I do wish you built up gas a bit faster (perhaps rising faster to compensate), as the game's pace can feel a hair sluggish.

I like the artwork and the idea! It's pretty funny! It could be designed a little better; but it was really nice!

I like the hand drawn looking artwork and the sound effects are funny and enjoyable especially when you let yourself get too gassy and pop! goes the weasel. I wish, though, that he would travel a lot more since I have to spend so much time waiting for a refill and if I want to travel far I have to let it fill to the point of popping which happened to me a few times because the UI was a little outside the screen so I could not see the meter correctly. I think the game would benefit greatly if perhaps the gravity was a little more fluid and this played more like if I was in space and the gas functions more as a way to increase speed rather than distance. :)

very good game with self teaching by playing i liked it very much you can go checkout mine if you pleased it will be very nice if you rated it and left feedback.

Quite interesting, well done! Just to echo what has already been mentioned, the belch timer seemed to detract from the experience a bit - I found myself just rapidly clicking the mouse in order to trigger it. One extension that may be interesting would be to remove the threshold, so instead of being unable to burp until the timer fills up, you can burn at any time but the strength will vary (depending on how long you've waited). The wait-time -> propulsion relation could even be non-linear (e.g., if you wait 2 seconds instead of 1 second, maybe you get 2.5x or 3x the propulsion, instead of just twice the propulsion). Overall, nicely done! :)

That was cool! It felt quite polished in terms of the visuals and feel, but there are a couple issues I had with it. Overall, i feel you did a good job teaching mechanics through game play, but when it gets to the more complex ones (whatever it is that the blue guy does), It doesn't come as intuitively. Also, as I'm sure you have heard before, I found the belch timer a little annoying to have to wait for.

Other then that though, it was a fun game. Nice job!

Minor suggestion: rather than having the indicator on the bottom left you could let the guy flash red instead ? Then you can keep the focus on the action more easily.

Unique and fun. Frustrating to wait for the belch meter to fill but it's an interesting challenge. Maybe the belch could come out prematurely for a shorter range but still discourage spam to win?

Great and fun game! It's kinda frustrating sometimes to wait for the burp meter but It's still balanced and good!

Submitted
The Girl, Wisp, and a Dream
LikeReply
vgelSubmitted3 years ago

I really liked this! I think combining all the mechanics into one action (one versatile verb, if you will :^)) made it very interesting. I agree with the other commenters that the controls could be a bit frustrating, but it is a gamejam game so I understand. I think if the recharge time was faster it would feel a little less frustrating -- it definitely felt at times like I knew exactly what I needed to do but I was being limited by having to wait for my air to recharge. An alternative fix could maybe be to allow you to burp with not-full air with a smaller boost?

Regardless, I really like this game and it was very satisfying when I finally beat it :)

Yeah, one of the things I wanted to add was essentially a "variable jump height" feature based on how long you hold the button down. Unfortunately, I ran out of time haha. Glad you enjoyed your time with it though, and thanks for the feedback! :)

Fun concept with a few frustrations (i.e. the burp recharge can be a bit frustrating in length). Still Definitely worth the time to play it, and the visuals are fun

Hey man nice job! Very interesting take on the concept! I really like the twist

Cool concept, but the controls are not play friendly. It would be nice if the character moved toward the mouse cursor rather than the opposite way of the cursor (I would have imagined that easier to implement as well). Also if move distance was half as much but able to be performed twice as much, it would feel much better. The way it sit, it feels more like trying to get lucky squeezing through a gap while fighting the controls, rather than a skill based platformer. I did have some fun, and do see potential though, so good job! :)

Yeah, it was a situation where I knew how I wanted it to work in my head, but getting the execution exactly right would have taken more time that was available haha! Your suggestions sound really good though, I might try to play around with tweaking that if I get a chance. Thanks for the feedback, really glad you got some enjoyment out of it :)

On the one hand, a cool idea to change platforming, with the added value of the mechanic being all purpose (needing to wait to have enough air to move, but not too much because you will blow up, and using it to move and to kill enemies).

But on the other hand... the controls really frustrated me. Most of the time I am unable to move, which lives me to the mercy of sometimes pixel perfect angle shoots. And while it took me a few tries I did finish everything up to level 3-3, where I really felt that luck was the biggest factor in surviving.

Also, there were a few little bugs (such as after every camera shake from being hit by the blue balls the camera stays a bit zoomed in [and it got to the point where I can't see my character in one level]) which is a natural thing for a game jam game, but it made an already hard game even harder.

All of that being said, I really think you did an impressive job here, and that given a day or two more these problems could be addressed in interesting ways! Good luck (:

Thanks for checking it out! Yeah, with more time I definitely would have liked to have made the controls a little more user friendly - that's probably my biggest regret with the project haha. Glad you got some enjoyment out of the concept/mechanic though, I'd definitely like to spend some more time on it :)