This was very nice... Got frustrated on some parts but that's on me for not paying enough attention. Are you supposed to die in the end or did I do something wrong?

Some directionality to the sword would be good :P

haha this was pretty good. I had a lot of fun. Great music, graphics and mechanics. Very well done. Rated. Check out our game: My best friends... There is an updated version on our webpage www.seabirdentertainment.com, try them both and check the differences, please rate and give us some feedback.

This is like the perfect game to me! even the graphics alone can make the game 5 to 10 bucks.

Also, I survived the stampede in the final room. I thought I was about to be congratulated in the game, but it turns out that I had to lose. This a good game, and I would like to see it's future... if it has one.

If ya have the time, can you try my game out and share it? I want this game to be known by many.

Oh wow
I couldn't survive them even that I tried many times :D

Ya try pausing? it kind of helped a bit. gave me time to look for openings.

I really liked the art of the game and the music. I wasn't sure how to continue a little after the boss.

I love all of the fresh ideas that the game brings into every level. Great work :>.

Fun game. Cool idea of changing up the mechanics as you go along.

fantastic art! congrats on your artist. I really love this style :)

the map is well designed, the only problem I see is the character controls; which very normal as you didn't have any time to get feedbacks and improve it. overall good job

Yea, it's pretty odd, I agree. Thank you for your feedback!

The game feel was nice... Music was also cool.. But the sword i can only use to enemies below me....The villian goes above me and I can't hit it... Else good game ...Rated !!

Good audio + overall design, great graphics, but I did have too many issues with the controls... :(

After the boss was introduced I wasn't able to attack nor where the enemy's which turn it into a exploration game for me. graphics a nice, you could of needed some more time but over all not bad!

My sword didn't work after I had encountered the boss (that totally isn't the boss) for the first time. So I couldn't get past the enemy just after him, who was blocking the way. The health bar was a bit hard to notice, perhaps you can move it to the top left and make it horizontal. Also, the part were you introduce the dash mechanic wasn't very clear; maybe you can improve on that.

I just saw that you're supposed to the dash through that enemy. So I tried the game some more, but then I got stuck at the part right after that enemy. The throwing enemy only kills the other enemies if you click attack, which isn't very intuitive (only discovered it by accident). In the area after that, I realised that this is a new type of enemy that shoots when you click attack. On my second attempt I also noticed that the movement speed is quite slow and the pause/restart menu sure look ugly. I'm also now stuck once again, at the area pictured below. 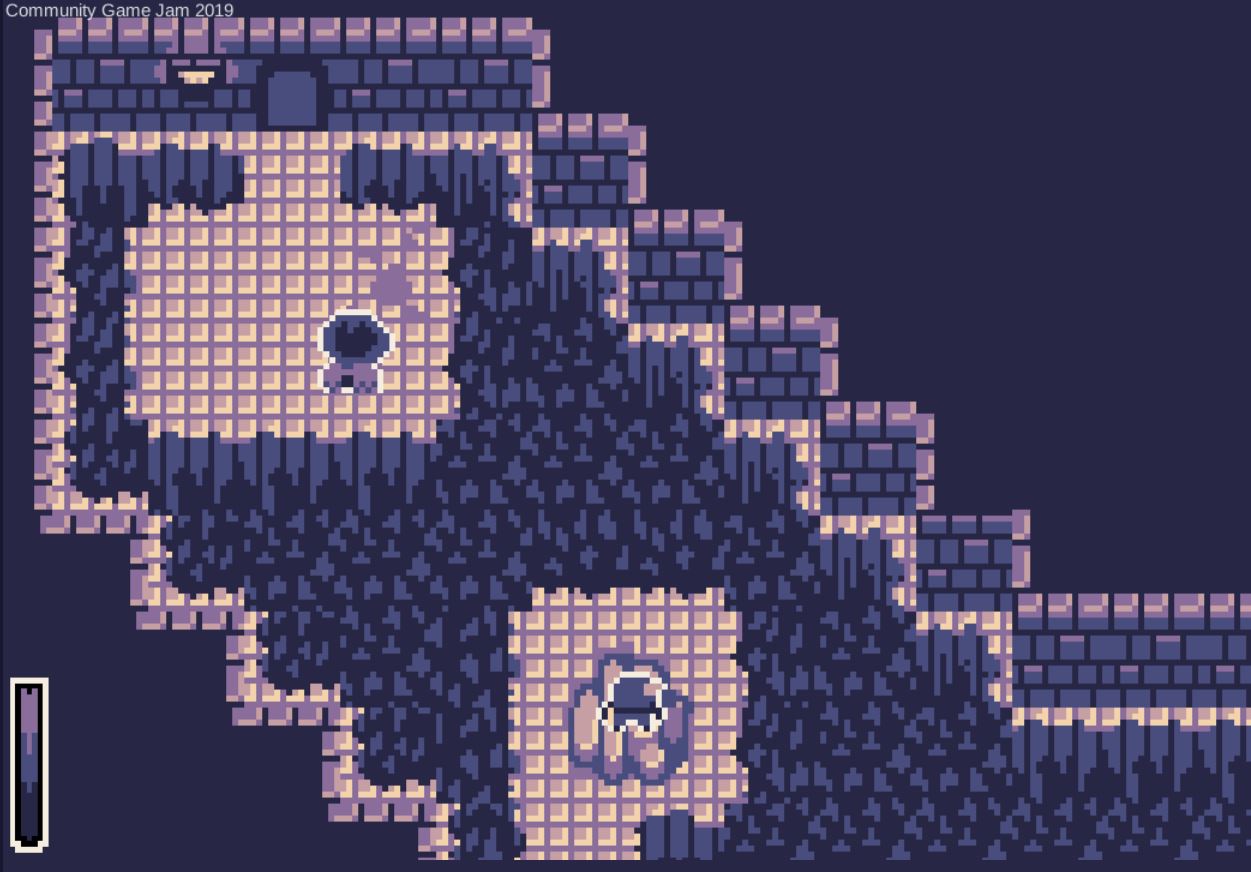 Thanks for super detailed feedback!
Also you have to press LCM and check out what happens

I was  hyped to play this game during its development. So far, the art is awesome, really awesome. My only points about this are the player's animations (using the sword for example) that are a bit strange to me, and why did you use a regular font instead of some pixelated ones?

The controls are pretty good, AI isn't that clever but it's okay, it's a bit too slow paced but still enjoyable. Music is okay, sounds too.

The mechanic changes are really hard to deal with imo. I'm not sure it was the best way to proceed. Got some troubles very early on, which like impacted the fun I had discovering the first rooms of the game. Like the enemy right after the first boss blocking you, didn't understand.

Obviously, this game isn't using any innovative mechanics in terms of gameplay or experience, but overall it is a very nice entry in this jam and I would like to play more of this if I wasn't dumb playing it.

Thank you for good criticism!
Also to get through the goblin you need to dash. Try it out if you have time playing the game again.

Glad to see  such a detailed reply! Let me explain some of your points.

1. Sword animations, dumb AI and font. We just had no time to finish it. Creating levels took more than we expected. Each level took 3 hours to build and about a hour to playtest and fix (we actually had 10 levels planned)

2. I totally agree that changing mechanics didn't work the way we expected. For example, at level 2 we wanted player to walk up to first goblin, click LMB to attack and get hit by him, so player would understand that enemies attack by left mouse button. But it didn't work at all.

Next time we want to do more prototyping before implementing the rest of the game to get rid of such problems.
Thank you for playing the game!

Level design is super time consuming, I've seen this too by making my game. Also, thanks for the explanations!

Still, good job guys, I liked it. Keep it going.

I was a bit confused when the mechanic changed and just forced my way by cheating the physics for a few levels, but once I figured out the change of mechanics idea it was great :)

Hi! :D I really enjoyed playing your game but I was sadly not able to progress past the enemy after encountering the Rubik boss. I was unable to left click to attack the enemy blocking the pathway. The art and game design were great though. Great job and keep up the good work! :D

Love the mechanics and sounds, but graphics are too pale/dark for me.

Lovely art!  I really like the color scheme.  There's something so charming about a simple palette of just a few colors.  Smooth gameplay mechanics and cool sound fx.  Awesome game!