Submitted by Particles Games — 34 minutes, 8 seconds before the deadline
Add to collection 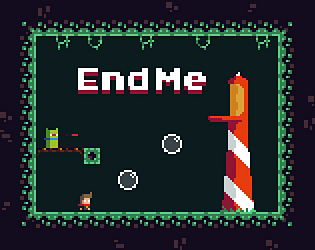 Cool concept, great sounds and the visuals are so amazing! The gameplay was great, I like how you could change your abilities. I wish the signs were showing the text faster or it could be possibilities to make it go faster

The audio, visuals, and controls were all fantastic, and I loved the bubble mechanic, even if it is a bit tricky.  The signs were quite annoying though. The fact that you can't skip their typing animation makes them drag on for too long, which may make some players skip signs, and therefore skip the lies that the game tells you. Otherwise, I found the game very cool.

Nice art and music! However, I can't make this jump at the end of the second level (with the buble). I get that you have to jump and create the buble below you, but it's very hard to get the buble below you and it doesn't give you enough jump height to get heigh enough. The difficulty is also pretty high, since you only have one live. So perhaps you can add a health system (say 3-5 hearts). 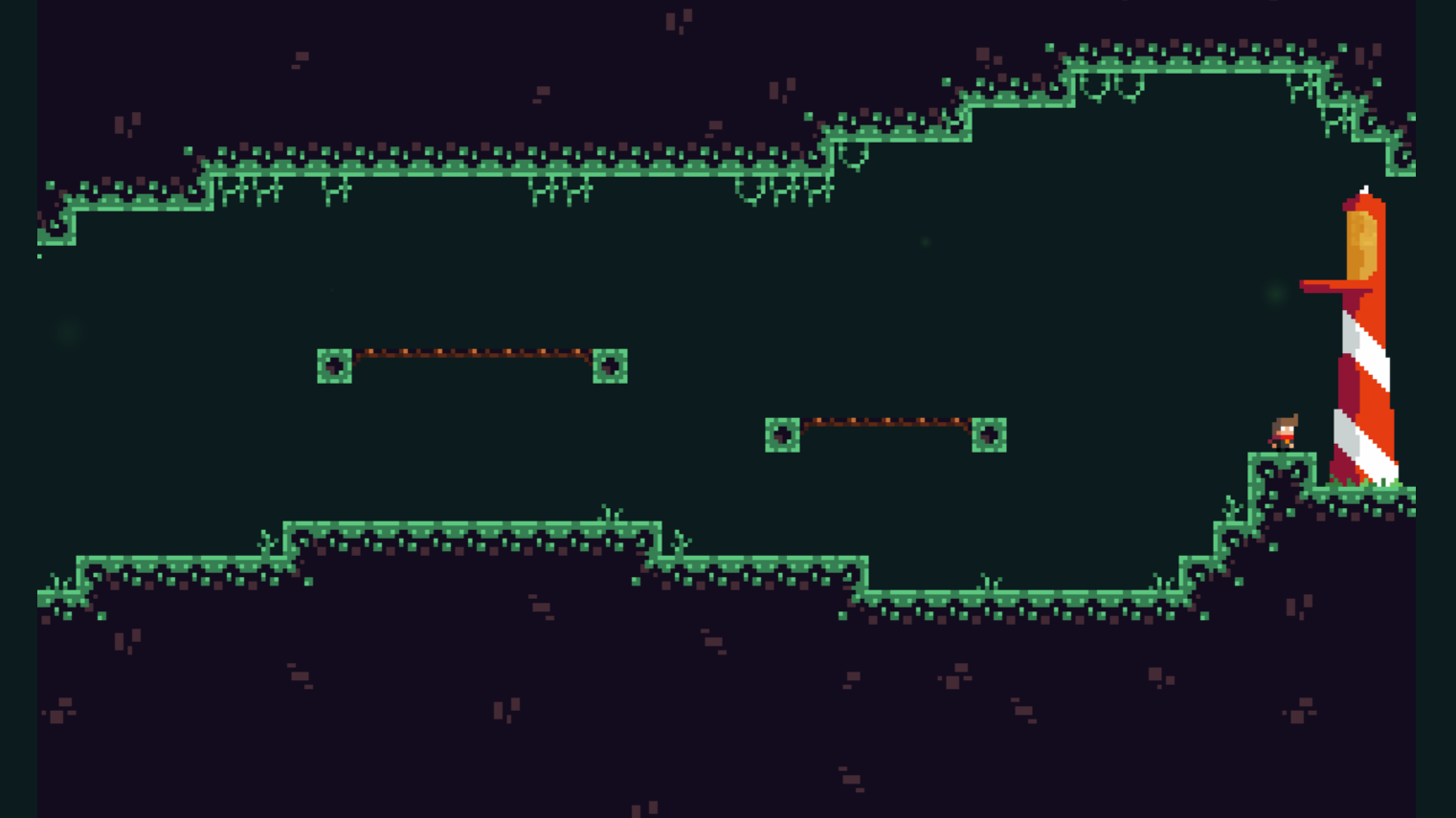 Great submission overall, the graphics and audio are so good ! The gameplay is very punitive and frustrating though and it takes a bit too long to reload the level. I couldn't beat the third level as well so I can't tell if there is a twist in the end. The game page is also probably the best I've seen in this jam :D

You can checkout our entry as well if you have time, your feedback would be greatly appreciated !

Pretty good platformer. I think the levels are too long for the Super Meatboy style punishment. On level 3 I needed practice figuring out the are with the spike below and above. But getting practice entailed redoing the first part of the level. I'm not a diehard member of your consumer base, so I am not willing to give you this much of my time. I say this, because games like "I want to be the Boshi" and similar assume an existing audience. Within the context of a game jam, you are going to get strangers to play your game. Many of these, like myself, will not want to die 900 times just so that they can solve some puzzle you've put together. In this context, I think you're much better off testing mechanics to see how they are received.

The bubble mechanic is interesting as it works as a weapon and locomotion. I don't like how it disappears unexpectedly on its own, and I don't like its cooldown being so long. It slows down gameplay for no reason that I can see.

The dash mechanic is pretty well done, but only used in level 1. I am of two minds about it being 360 and affected by physics. It's interesting.

Presentation, both audio and video is excellent.

The tutorial plants are annoying. I'm not interested in their banter. Tell me what the buttons do, then vanish forever, thank you. That's my position on that.

I don't think the game hits the theme at all. It might happen later, but I'll never find out, because of the restarts.

The Dash feels fun to maneuver with, good job.

This game is really well made. The controls are smooth. The artwork is really good. The music goes well with the game. Relly like the skills switching feature. Overall a well made polished game.

Very nice work on this! I really liked how the game looked and the music and sound effects were great! Controls felt good and I liked how you used the core mechanics in interesting ways! Nice work! :)

If only the controls were a little bit tighter... :)

Submitted
R U On The Right Track?
LikeReply
LilNarwhalSubmitted146 days ago(+1)

Loved the gameplay, art and music. Great feel to it too! Great job on this, maybe just a few values to tweak on player movement.

Thanks! We will keep improving the game! We really appreciate the feedback!

Wow, you did an incredible job ! The graphics are very great, the music is nice, the character's abilities are too cool =D Well done :o

Nice game! May I ask you, how have you done the music and the sound effects?

Thanks! Our musician made the music and sfx using only music software!

Awesome game ! Art and music are very efficient and gameplay ideas is great too, controls are a bit strange but keep developing like this ! (°u°)/

Thanks for kind words! We surely will keep developing it like this!!

Great game, I like your pixel art ! The controls are a bit stiff for me but I had a lot a fun playing it.

Rated - Really cool game!  I love the simple sprint art!  Could you teach me your dash code?  I've been struggling to make one that works well.  Great job! Please check out my game if you can~ good day!

Submitted
The Quest: Trapped in a Lie
LikeReply
Particles GamesDeveloper145 days ago(+1)

Thank you so much! Maybe we will make a tutorial about that on our youtube channel! And i will check out your game!

Please do~ I subscribed!