Did not expect a grappling hook! Very fun and interesting mechanic. Good game. 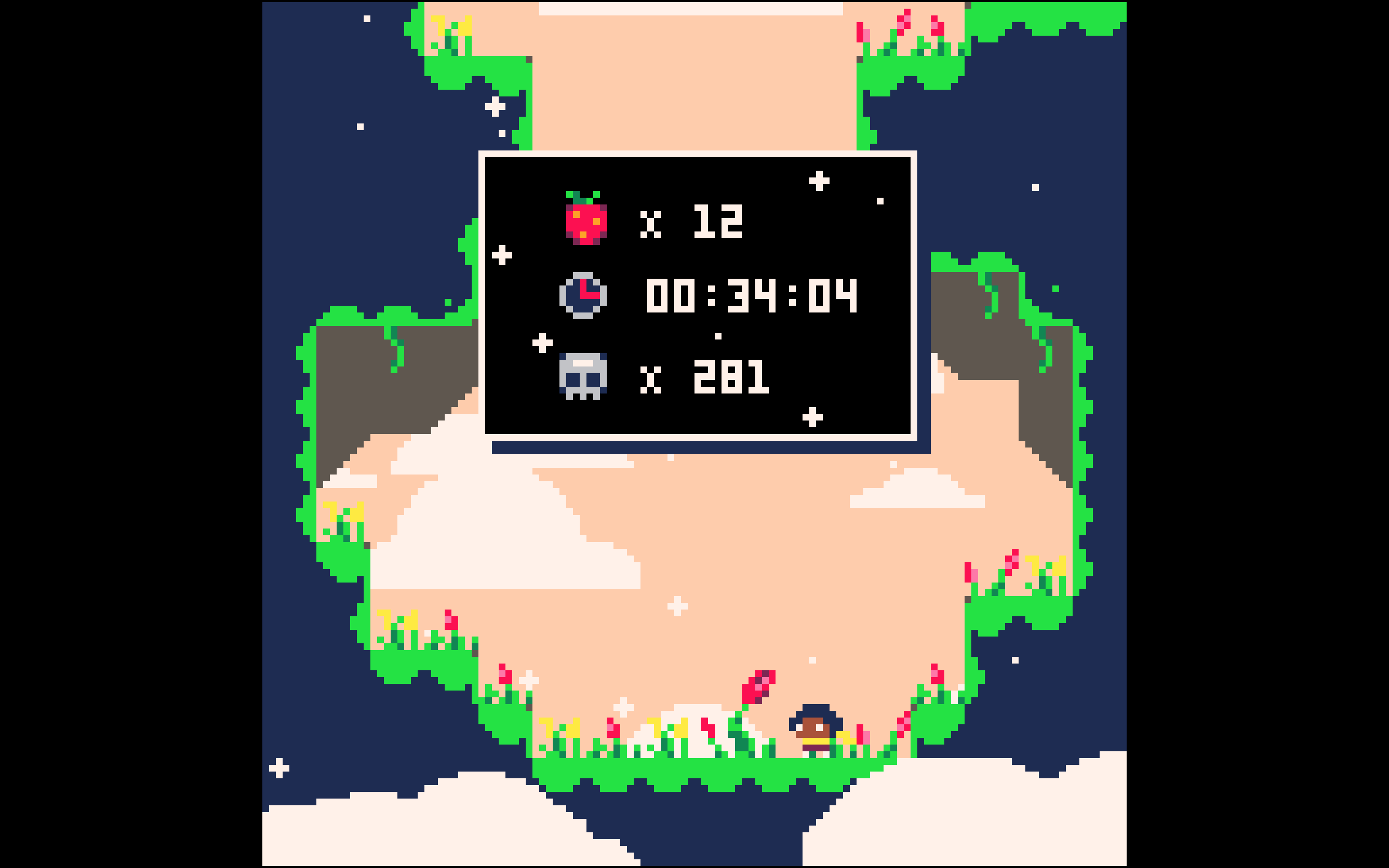 I had a good time with it, even if it was pretty short. Good job!

After trying to open the game, open System Preferences, go to Security & Privacy, and there should be a message around the bottom of the window mentioning your attempt to open the “unidentified” program, with a button saying “open anyway.”

Click that and the game should open. (Unless the problem is something else.)

Thanks  for the feedback!

The audio, visuals, and controls were all fantastic, and I loved the bubble mechanic, even if it is a bit tricky.  The signs were quite annoying though. The fact that you can't skip their typing animation makes them drag on for too long, which may make some players skip signs, and therefore skip the lies that the game tells you. Otherwise, I found the game very cool.

Thank you for the rating! I'll be sure to check your game out!

That was great! The animation and audio were fantastic, and the game's controls and design were fun to play with and play through.

Thanks for playing and rating! Glad you thought it was (ominous theme) interesting.

Unfortunately, I don't own a Window so I can't play your game. I can say that it looks very  neat though.

Thanks for the playing my game and leaving such an in depth review!

My goal when designing the first level was the make it a decent challenge, but not so much that it's too hard. In your case though, the problem may have been a glitch that I only found out about post-deadline, where skipping the dialogue typing will skip the next line as well. So, you probably wound up missing some important information. (I swear that bug never happened in the editor... guess I know now to also playlets the builds thoroughly.) Though, looking back, I probably did make the first level a bit too hard.

On the dialogue, you're right about there being too much. I really should have put less at the start and instead put a few tutorial messages throughout the level in order to combine the tutorial and the gameplay.

As for the gameplay itself, increasing the character's gravity will definitely be something I'll do in future projects. It does tend to work in the player's favour in the case of the part with the two ducks. What you have to do is jump onto the side of the platform while the ducks meet in the middle, and then you can just jump right over them, grabbing the gun in the process. It is still pretty difficult to time jumps when the character is so floaty though...

I'm very glad that you liked the UI sprites, the character, and the ducks! Humour was mainly what I was going for in this project, so it's good to know that the graphics are indeed funny.

Thanks for all the feedback! Cheers.

That was fantastic. The cutscene was great, the music well chosen, the maze mechanics awesome, and the story very cool. I'd love to see this implemented as a full game.

Fun game! It was pretty spooky being chased around by hoards of teddy bears. I especially loved the voice lines that the bears would say in strange and funny voices.

Thanks for playing! I sorta procrastinated a bit on this jam, and ended up rushing everything the last night before the deadline, so I didn't have the time to polish a bunch of things that I really should have.  I'll be sure to check your game out and leave a rating too!

Reply
Community Game Jam community · Posted in Rate for Rate - I 've got some free time !
Fover2 years ago

Played and rated your game. It was fun and the artwork was great.

Here's my game: https://fover.itch.io/guymans-adventure. I gotta warn you that it's kinda buggy and... weird, but I spent my week on it and would love a few plays and ratings. Thanks you.

I liked this game a lot! The puzzles were cool, and there was a decent amount of levels.

There is a bug on level... three I think it was, the one with the red orbs, where the object at the bottom of the level, when you inspect it, the "exit" button doesn't work, getting the thing stuck on the screen.

Also, I'm a bit suspicious about the "a" symbol...

That was... quite an experience.

That main menu song is awesome though. Might you release the soundtrack in the future?

Thanks! I was gonna have one of those "hold jump to jump higher" systems, but decided to comment it all out just 'cos I thought it was goofier to just have a floaty jump with a fixed height. And thanks for that dialogue tutorial by the way. Wouldn't have known how to get my textboxes to scale properly without it!

I absolutely love the player character's style and the audio and narration of the game was fantastic.

I played the Mac version and it worked just fine. It only had the slight problem of the window being a tad small and unresizable, but otherwise it worked like a charm.

Great game too! I loved the intro sequence.

Haha. I'm commenting on myself. This mildly amuses me.

That was a great jok

Speaking the language of the gods.

This game is so weird and confusing and I love it.

The gameplay mechanics are top-notch.

I like how Bitsy itself gained sentience and is now making games.

That was so dark but I loved it. Great job.

Reply
Bitsy Game Maker community » Games · Posted in Any ideas for story in a bitsy game?
Fover3 years ago

Maybe try this thingy: http://writers-den.pantomimepony.co.uk/writers-plot-ideas.php. It seems to give out short, extremely random plots, that could actually make good Bitsy games... maybe.

This is honestly too addictive.

The fact that the default names on the first page are John Doe and Jane Doe makes me happy.

My escape was not easy. Those cringe compilations were impossible to not laugh hysterically to.

I realized that my only hope would be to remove my own vocal chords.

I was very nervous that night. I had convinced my captors that the plastic utensils made me swell, so they suppplied me with nice, sharp metal ones.

I was rushed to the infirmary, bleeding like a dog in a blender, but they managed to fix me up. One small problem though; they could not fix my vocal chords.

Without vocal chords, I could not laugh, so their ‘Try not to Laugh’ challenges were useless to me as a form of torture.

To normal prison, from which I am now writing this from.

Everyone, this guy is serious about the laughing thing.

I laughed and was soon arrested by the local police, who handed the case over to the FBI.

In order to "reform" me, I have been forced to win 10 'try not to laugh' challenges, in order earn my freedom.

I am writing this from my cell. I have not won any yet. Please, send help.

Can't wait for the Unity Stuff nobody cares about!

Fun little top-down shooter. May be better with infinite ammo, or more frequent ammo drops though, as once you run out of bullets, it gets quite boring, waiting for the next ammo drop.