Gladhu Island is a top-down strategy game where you collect resources to build your empire.
Submitted by obarroso1997 (@Skarrx24), Pirhana, HUMAN PYRAMIDS (@human_pyramids), IamHaPPy — 4 hours, 31 minutes before the deadline
Add to collection 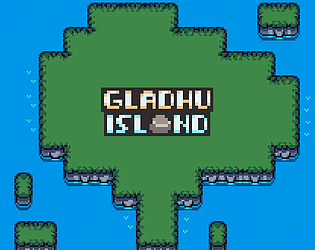 Ranked from 49 ratings. Score is adjusted from raw score by the median number of ratings per game in the jam.

In what way does your game fit the theme?
Manage your settlers and have them work together, in order to survive.

Did you write all the code yourself and made all the assets from scratch?
Yes.

This is a very nice game. I like the mix of resource management and puzzle elements with the movement rules. Great Job. The graphics look really nice and the Music fits. Great!

I think adding a tutorial would help a lot some of the mechanics were hard at first, it is however a beautiful game around a nice concept, the soundtrack suited it perfectly and the pixel art is great. Though adding randomly generated maps would also be a great feature and a way to expand the game and keep replayability.

Heyyyyyyyyyyyy you are also in Brackeys Jam ^^ hello there

Submitted
ANOROC - Yo mama got the flu
LikeReply
Saturn91Submitted198 days ago

hey! yes, also did wowie! thanks a lot!

I like the concept and had a lot of fun playing your game :) The graphics are nice and the music fits perfectly too! You did a great job and I see a lot of potential here and would love to see more buildings, resources and challenges :D

Cute, but feels wierd for me without win condition)

An incredibly nice game! Managed to reach 63 (at the cost of being low on food by the end). I think the game would benefit from some variability - maybe make the island procedurally generated, or even make several islands that can be connected via bridges? Anyways, a great game, well done! 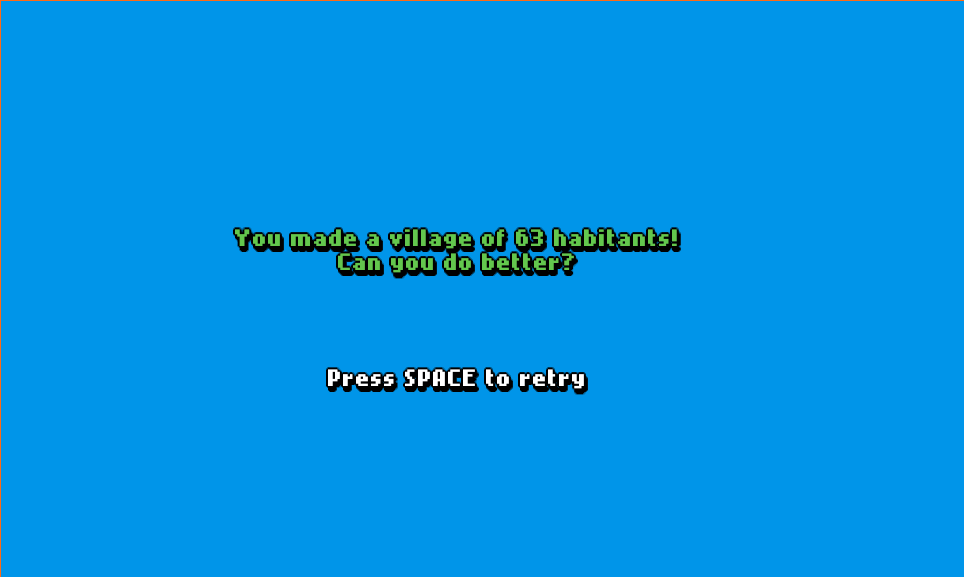 Submitted
To Gather And Fight
LikeReply
StarmapsGamesSubmitted200 days ago

Very cool! Music is great and very fitting. Graphics are simple but nice. Pretty fun too.

Really nice concept and atmosphere. Very chill. Like it.

I feel so relaxed and overall so good. Really nice and sweet entry. Thank you for this experience. Good job done

Finally a town building game! I'm happy somebody thought of this! The game was tons of fun and everything fitted really nice, the music, the art, the gameplay, everything was very good, great job guys! :)

Really liked the aesthetic of the game. I found it very fun as well.

This is the most polished game of this jam I have played so far. Very impressive for one week of work.

thank you! actually it was 3 full days and some hours here and there in the other days. So maybe 3 and a half day total, all made from scratch (beside some basic features like rendering that are from the framework im using)

Everything from the sounds design, the art, and the gameplay loop was great.  I personally would like the end game to be a little more tough, because after getting the gist of it I didn't really think much.

I didn't see a reason to craft a tree too, not that it matters too much :D

wow 61 is actually pretty great, good job! I agree for the end game. We debated a lot what to do on the end game and settled for something quite simple and casual for everyone to play and complete (:

This was beutiful and a joy to play! You truly get a feeling of progression as your island grows and gets built and I love the art and animation with it's little details! Like the animation for placing humans in stations, or how the stations move when there's humans in them.

And this game has so much potential to be expanded and built upon, excellent work!

Submitted
Winter: The tale of a flame
LikeReply
MeritcodingSubmitted205 days ago

Really nice but I found a glitch were if you have 6 full gardens and a bed you can just skip the days. So I suggest you make the bed break. Also check out my game.

It is not a glitch (: the bed allows you to skip the day. That's its special feature. Thanks for playing!

Incredible game! One of the best in the jam! This feels really polished and relaxing and the short games makes me be able to play it multiple times without getting bored. I played 2 times and got 21 citizens on my second go! My only feedback is that maybe the farms should give a bit more food, because it felt like i had to focus only on food, and not on expanding the city, but maybe if i had a better strategy i would have done better. I dont know.  Truly Incredible game!

thank you for the awesome feedback! We actually had it give more food at first, but i tuned it down a slight amount to balance things out. Does not seem like it, but a single extra food point allowed me during playtesting to get about 1.5x time the amount of citizens! I wanted to force the player to actually focus on food a little bit more and need to pick up a strategy in order to both gain resources and have enough food, either by cheating the days with a bed, at the cost of having less time to build your island, or sacrifice food to get more resources. I designed the gains and number of humans per areas to let the player play the way they prefer rather than force them a particular path (: It needs some work, but I wanted to give a go at giving freedom to the player a bit more than my other previous games!

There is still a lot of work that could be done to make it more variable, like making different food structures to build like a fishing area or hunting grounds, to change up things a little or maybe give some professions to areas and make a little level up system that gives you more resources. Plenty of ideas (: Will take your criticism to heart if I decide to expand on it!