When a never-ending darkness plagues their village, a young Music Wizard sets out to discover the source of the evil.
Submitted by flavedogame — 1 day, 11 hours before the deadline
Add to collection 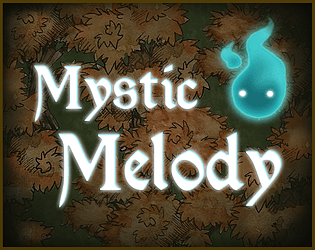 What was your team size?
3

Lovely game, the graphics are incredible for a jam entry - the best looking game I've seen in here, with a biiig margin. I really like the blending of movement and actions with the rhythm - reminds me of patapon, which is one of my favourite rhythm games. The narrative is good, and engaging and game is considerably longer than I expected it to be. Having some spells on the first 2 notes and other on the last 2 notes made for a really fluid and organic combat system - lovely design, well executed.

Criticism-wise, the interface is decent, but the text on the letters doesn't display properly - it overflows to the sides quite a lot. (downloaded version) The difficulty feels just about right - though sometimes I couldn't even finish a single spell, other times I chained 4 or even 7 spells one after the other, so it's just about getting in the groove right. A little more visual feedback on when it is time to press the note could help. The background song is nice but gets really quite repetitive after a while. Adding some more variety to the soundtrack would help, I think. 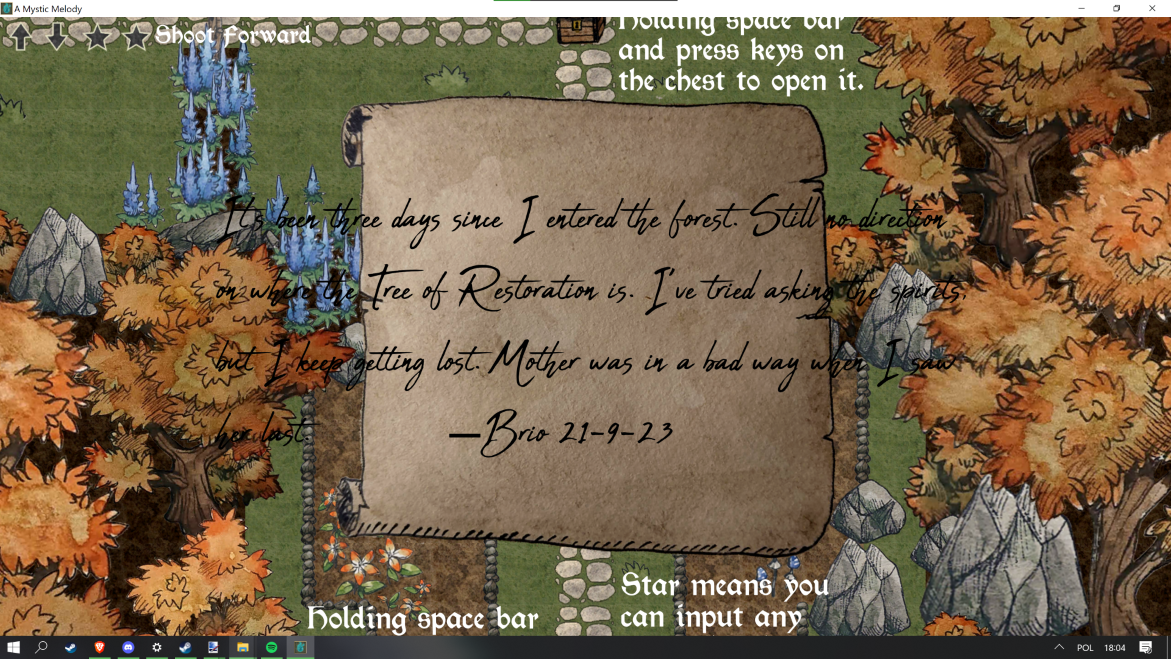 Submitted
EveryBody
LikeReply
lfugita1 year ago(+1)

Wow! This is definitely my favorite game from this jam so far! I love the storyline a lot and I thought the art and the music really flowed well together. Everything matched super well and the music has been stuck in my head ever since I played it.

It's a nice concept, I wish there was an indicator to tell you when to move tho but it was fire!

Damn one of the best concept , u never fail to impress me man(Flavedo).

And also not taking the full time is a great feat for such a game.

The death sfx I really love it (idk the audio person but still great job).

thanks! Checked your game it looks good too!

I think this is the most unique one i've seen, i love the visuals and the mechanics were original, i loved the concept. I never knew when the game was going to respond to my input, which took a bit from the experience. Otherwise this has to be one of my favourites i've played here. It looks so finished too!!

Submitted
EveryBody
LikeReply
SimpatheySubmitted1 year ago(+1)

Gotta be honest. My favorite concept so far. I played all the way to the end and had a blast! I could see this becoming a full game it was so fun!

Nice stuff. I like the visuals and the mechanics. The bell indicating the beat is no on the exact same bpm as the music, so it tends to be unsynced. I like it even if I was not able to complete the flower puzzle x)

Thank you for playing! :D We put up solutions for the flower puzzles in the description of the game page, as some people (me) had trouble figuring it out.

I’m in love with your visual!! The spells that cast with the combinations make me feel like a Crypt of the Necrodancer mod for Helldiver. That’s really good stuff!

The art in this game is beautiful! Overall I like the concept and can see a lot of potential here, but the beat is a bit unforgiving to match. I can see this being incredibly fun if it was a bit more forgiving with how in sync you have to be, but overall great game

Nice RPG mechanic. There's quite a lot of content and ideas, I can see it will be fun to expand more on the concept. I found it a bit difficult to work out the beat at times though.

I'm very impressed with this entry. Besides the wonderful art, it has a game mechanic that seems simple at first but turns out to be an involved battle system. You cannot just mash a bunch of buttons to get through. The player has to really think about how to tackle the enemies using the attacks available. Glad they put in a checkpoint system as well, since there are difficult parts in some areas. Felt very polished. Wonderful job!

Really nice, like the spellcasting mechanic - that works really well.  Beautiful art style, very pretty game to look at.  There's a UI scaling bug with the scrolls which you can see in this screenshot: 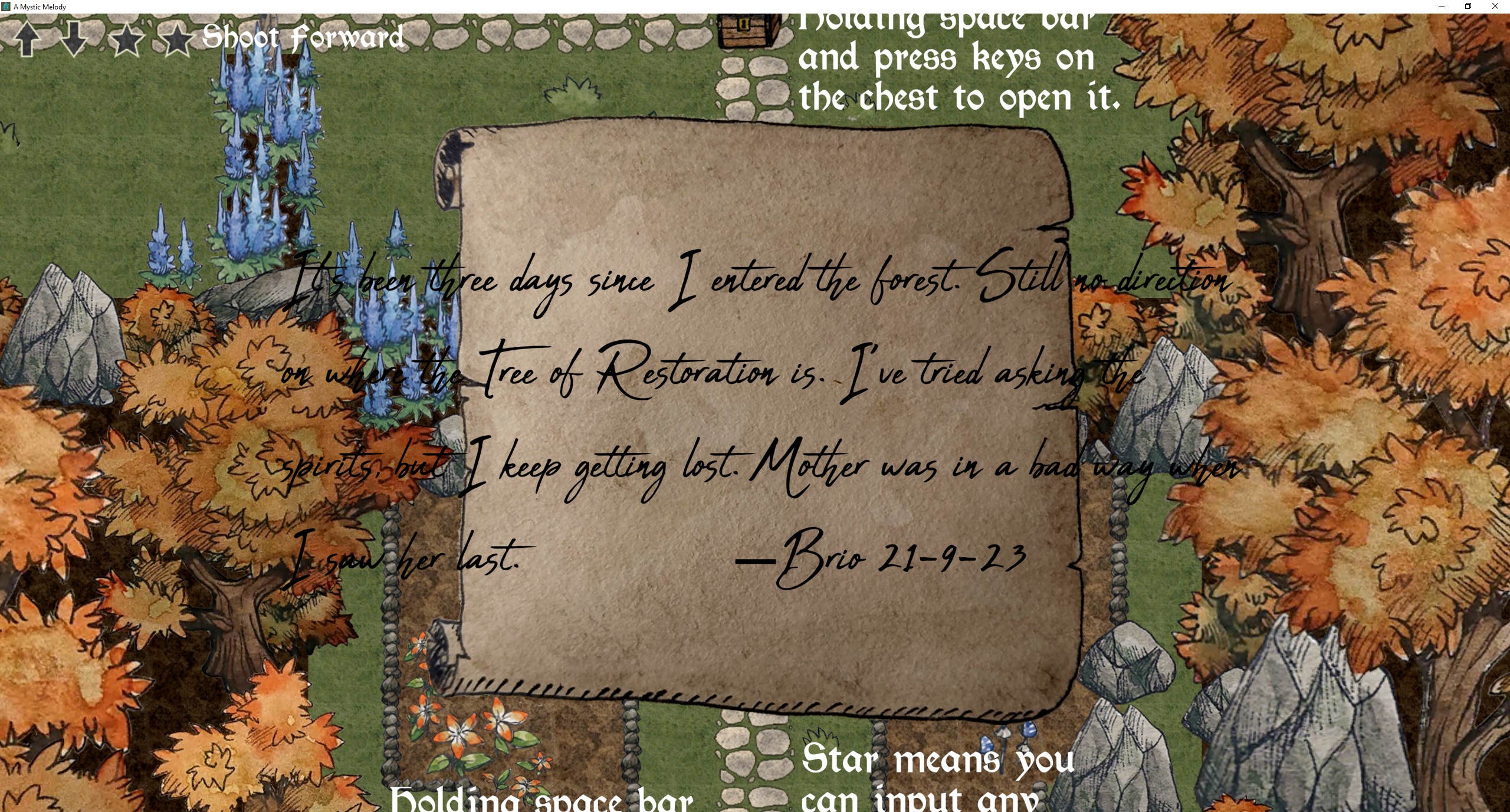 Submitted
Cat to the Beat
LikeReply
flavedogameDeveloper1 year ago

Hi yes I didn't test much with UI scaling, thanks for mention that. I should probably force windows scale haha

This game has a lot of potential! Pretty great work!!