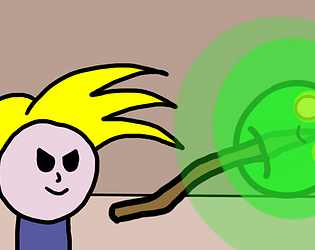 woah!  i'm really impressed with the cutscene, animations, and dialog system you've got in here!  nice job on that stuff.  love your artwork too!  hope you keep working on it! 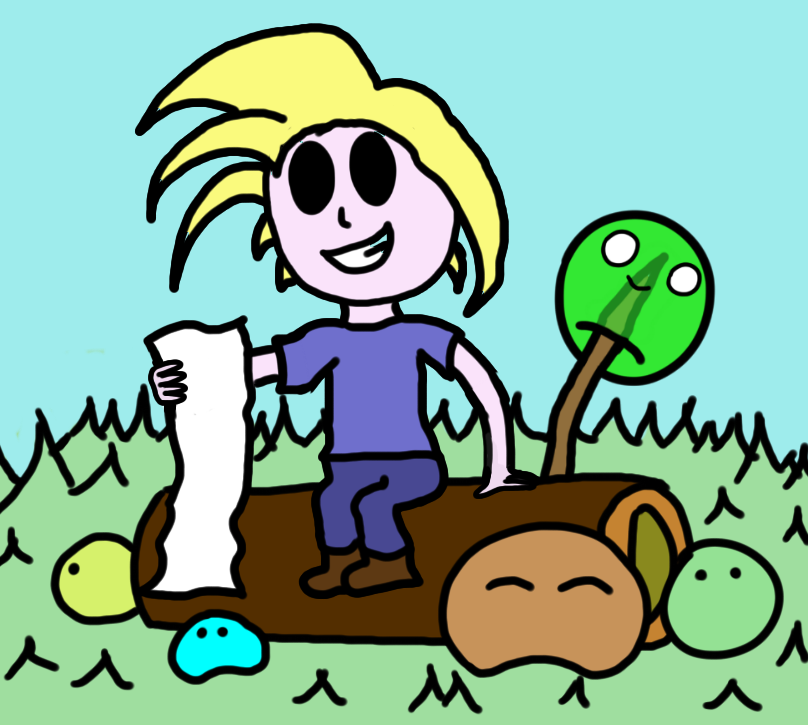 Thank you everyone for the great feedback and Constructive Criticism. This has been a very fun game jam full of amazing projects both from first timers and long time developers. If there were to be another I would not hesitate to come back again. I have gone over the feedback both positive and constructive (negative in a good way) and I have solutions for the future of Slime Guardian.

The most common negative is how slow the pace of the battle system is, I agree its super slow.

I have three solutions for this.

I have a way to shorten turns to 3 seconds by animating the attack while also doing the attack instead of doing them separately. The only exception are critical attacks that will have a few extra seconds in a slow motion effect.

Some people may think this system is too fast so I will make it toggle-able between four options.

There will be two options, if Turn pause is checked (checked by default you will need to press a button to go to the next turn, the other option will make turns happen one after the other with no pause.

It is true only one battle exists but do no worry as there will be more, in fact I will start the game from nothing and focus on the battle mechanics first, including player, allies, enemies and all sorts

People like the graphics that is one of the main comments, of course I only had time to make a limbless character with barely any animation, however as you can see from the picture he will have arms, legs, a neck, new hair and more.

No one said anything about him being called just Hero however in the final game you will have the option to name the hero, even change the characters gender as well. 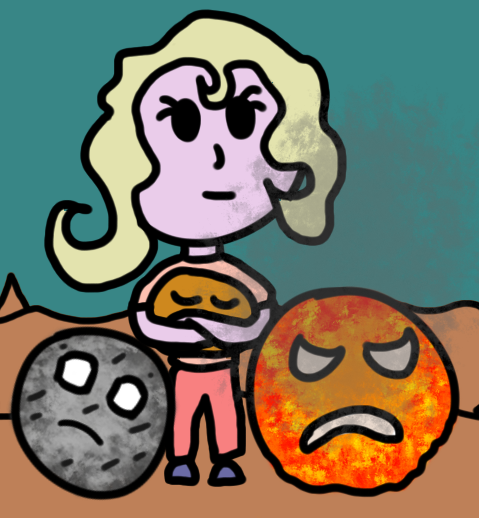 Hero is not the only Human that stands up for slimes, Meet Annabal the Slime Breeder. When she was little her house was set on fire, with no way out and no hope a miracle occurred, A lava slime who happened to secretly be living in the house consumed the flames and smoke around her keeping her safe, to this day it has been her loyal protector (Right slime on the picture) it was named Blaise.

Okay i'll kinda mix the bad and good for dramatic effect:
- The intro music is....... kinda difficult to listen to. Might be kinda wrong notes, I don't know but it made me feel uncomfortable...
- ...while the in game music is pretty punchy and enjoyable!
- Your collision approach might be the wrong one. When you keep pressing up on a collision, your character jiggles up and down. You might want to check for the collision before you're colliding (by adding your current speed to the position of the collision, if this can work in whatever language/program you're coding)
- The writing style is improvable, sometimes I see some informations that aren't brought up the best way "the slime i consider my father" (or something like that) could have felt better if you introduced the father so that you'd name it "father" instead of "the slime i consider my father"; I didn't note everything though so I hope you see what I mean...
- ...but overal though, it's pretty nice. The story is lovable and the characters are nice
- The fight is well designed..
- ...but sooooo slow. It would have been nice to speed it up to have a more satisfying flow. You wait about 3 seconds by the time a character moves to another.

I feel teased, is there a way to use the other options? Such as power and items?

WOW I LOVE THE STORY XD. This was a very cute, short, and fun game. I love how cute the slimes and the art is. This is a very cool RPG you have here <3

You can tell right away that a ton of work went into this. It's got a really solid base for an RPG for sure! Can't wait to see more of this!

Really like the artwork for this, and great job getting an intro and all that dialog in during a 48hr jam! Naturally I would love to see more battles, seems like this could come together quite nicely. Good job!

Also the MC was inspired by cloud strife wasn't he ?

Yep he was the main source of inspiration, Cloud was the reason he wore blue and his hair was a bigger form of Clouds Hair

I think it should be really fun but I didn't got it working on my laptop :(

the music sounds so good :)

How did it not work, Did it crash, Was the UI messed up, any more specific details would help a lot for future work

in full screen it doesn't appear at all and when I'm windows the screen is black and stays that way, but the music is playing

oh yeah not sure what I used I'll try tomorrow

I like the slime shirt of the bully kid. Nice touch!!! It was fun chatting with you in Discord during the weekend and then finally getting to play your game!

Awesome work. An RPG from scratch is rough stuff. This one seemed to be coming together nicely. The graphics also mesh very well. Good job!

Aw, just one battle? Still, its impressive that you managed to work a turn based system and RPG dialogue in a 48hr game jam. Cute artstyle and the music was pretty quirky stuff!

Honestly, it's pretty darn good for what it is. I like the simplistic art. It has a lot of character. The camera movement and everything was good. Battles would definitely need to be sped up. Pace is very slow. Really great beginning concept if you intend to move forward with it! Keep up the good work.

I think I will speed up the pace during the final game or during future development. The character wont teleport but will move like the enemy, the run speed will increase to almost dramatic effect and the delays might be shorter, I will prob rebuild the project from scratch when redoing the game.

Love the vibe of this thing!