Submitted by Amheklerior, amavidato — 6 minutes, 49 seconds before the deadline
Add to collection 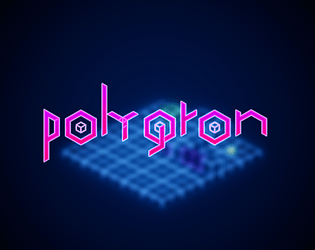 Ranked from 78 ratings. Score is adjusted from raw score by the median number of ratings per game in the jam.

In what way does your game fit the theme?
the player can rewind its moves

Did you write most of the code yourself and made all the assets from scratch?
Created all the code and some of the assets.

Quite a nice simple concept! Would have liked to have seen more levels, but such is the nature of game jams :P

>The audio: I felt the background music and sound effects worked well for the game

>The concept: I was keen to explore the concept more, but it felt like it finished when it was just starting.

Things to improve upon for next time:

>I find it quite frustrating in puzzle games when you can accidentally put the puzzle in an unsolveable state, I think you should always try to allow a player to undo previous mistakes where possible, rather than forcing them to restart the level (or in this case game haha). On the final level the cube can lower the purple drawbridge, but if they dont rewind at that point before going over the bridge then they will get stuck on the other side of the level and will be unable to complete the puzzle, forcing them to restart. I think since this is still an introductory level (and since the player is unaware that the purple button on the other end of the bridge will raise the drawbridge without any way for them to lower it again) it would have been better to have a button that raises the drawbridge unavoidably right after the one that lowers it, that way the player cannot progress without lowering the bridge and then rewinding their colour first before crossing (as if they still have the colour the bridge will raise again). Sorry, this is a long winded way of saying 'make sure the player can undo their actions, or at least has all the info up front' :P

>The movement is slightly unintuitive since the arrow keys/WASD follow the cardinal directions, but the map is shown in an isometric layout, thus you aren't sure which space the cube will move to when you press UP (will it go Up-left, or Up-right) without experimentation. Obviously the player will get used to this quickly, but I'm not sure they should need to; probably slight realignment of the camera may fix this.

>More levels :)  I was just starting to get into it when it ended (this is a good problem to have haha). But I understand this is a game jam and its hard to develop much content in time :) I can foresee some interesting uses of the mechanic already :)

Solid use of the rewind mechanic and the graphics were a really nice touch. Great work!

Reminds me of a mobile game i used to play in 2011. Short and sweet, would be nice with more longer or more complex levels.

Love the tron-like look, and the audio is great!

Thanks ;) I was going to try yours but unfortunately I have no gamepad :( There's a way to play with keyboard?

Sadly I thought that given that the ball direction is changed with the X axis analog input in a keyboard+mouse it was going to be a bit akward so I decided to only support gamepads :(

I'll write my thoughts as I play:

Overall, this game is great. It's got great graphics, good sound effects, fun puzzles, and a very nice art direction. The only problems are the lack of levels and the bugs, as well as not understanding the basic mechanics at first (a tutorial would have helped). But this game has promise! It's really fun once you understand the puzzles. It's just a shame it ended so soon. Great job!

Thank you so much for the suggestions and for being the best beta tester so far ahahahahahah We appreciate your critic feedback. This could help us a lot if we'll continue this project ;) I'm going to play yours right now!

Nice game! I like the feeling & mechanics a lot :) The visuals & sound are great, well done!

Thanks ;) just rated yours

Nice isometric concept, but really small. Don't even allows the player to have a real taste of the mechanics.

Yeah, unfortunately the time ran out too quickly. Btw rated yours and left some feedback ;)

Wow, a nice isometric strategy game with some nice lighting that gives eye candy. I like the game. you guys made a great job. the rewind system could uses more tweaking and balancing but the game is cool and fun. feedback is valuable and i hope you drop by my game ;)

Submitted
Back In Time
LikeReply
amavidatoDeveloper1 year ago

Thanks for the feedback! Just rated and left a feedback on yours ;)

Very interesting concept :) I liked it but the rewind effect was a bit much the first time I did it making me a little nauseous ^^' Really cool musik and I want to see more levels! It was to damn short :)

Submitted
A ninja in time
LikeReply
timbreaudioSubmitted1 year ago(+2)

Really enjoyed this. Good job having lots of variations for the audio feedback. Shame it's so short! Hopefully you will expand on this after the jam :)

Thanks ;) just rated yours.

Nice game. Too short, but I liked it. It looks and feels good. Simple shapes and colors work pretty well. Good job!

Thanks ;) rated yours and left feedback

You´ve made a cool game! The simple shapes work very well with the puzzles which aren´t to easy and not to hard. The sounds give great feedback (especially for the movement). The first time I changed my the sound scared me a little so you could turn it down a little. Overall a great game. You could even sell if you add more levels. Good Job!

Thanks ;) maybe we'll finish it and put it on the mobile store. Btw I rated yours and left a comment.

Best game i played on this jam so far, the music is really good, so are the graphics and the level design.

Thank you so much for playing and for the feedback :)

Thanks ;) i rated yours and left some feedback.

Beautiful aesthetics. A bit short, but definetly has potential for more advanced levels

Thanks for the feedback :) reviewed your game, pretty neat visuals and quite fun to play, well done ;)

Cool Game! really nice visuals.,, Come check out my game its also quite short (12 minutes approx) and I'd appreciate your feed back.

The game looks amazing, you must have spend a lot of time on graphics especially the effect when you rewind.

I don't know if I missed something but the game was really short. A few more level with more advanced mecanics could be great.

Hey thanks to pass by and leave your feedback :)

the rewind effect and the markers vfx have not been created by us, but yes, we spend quite a bit of time to tweak the look and feel for all to be coherent :) unfortunately, this unplanned time prevented us from creating more interesting levels

Good game! Of the minuses, it is rather short and simple. Otherwise, I liked the way it looks and feels. Good luck with the next games!

thanks for your feedback :) you are totally right, unfortunately we didn’t have much time at the end to design more interesting levels. A lesson learned for the next time I suppose :p

Wow, the game looks and feels amazing, the mechanic is really interesting and a really nice implementation of the theme and movement. It was just a little too short and I'll appreciate new levels and mechanics!

Submitted
Back in Lab
LikeReply
AmhekleriorDeveloper1 year ago(+1)

Thanks for your feedback :) appreciated.