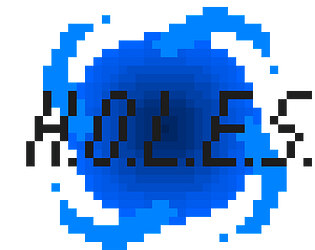 The concept is nice! I liked using a power drill as a weapon. The pixel art and music fit well together.

There were a lot of bugs. The first time I tried the blue portal I shot myself out of the map, and the next time I got myself inside the wall. Sometimes the blue fire of shooting animation stuck with the weapon when I wasn't doing anything with it.

Some clarity would help, too. The instructions say to melee with right click, but that only got me killed, while using left click helped me defeat enemies with ease. The info on using portals in the bottom right corner is very small, took quite a while to even notice it.

I was also expecting to use the drill to dig, but seems like it can only be used as a weapon.

It's an interesting game but may has some bugs. All the board shows the same information and I can't figure out how to use the portal. One thing that I found is that after using the blue portal, the man can jump higher for a while.

Here is the final place that I can reach:

After beating the square monster, I can't get out of this big "HOLE".

Yeah, to be honest we never really added an ending, so after you defeated the square robot monster thing you are basically done. I guess you win the feeling of triumph? We will be adding an actual ending in the post jam version thought.

I really like the concept of this. The game is a bit "buggy" (that teleportation device got me pretty easily out of bounds) but I guess you already know that. It would also seem that you forgot to disable texture filtering for the enemy sprites (most of them are blurry). The music, on the other hand is really awesome, I love it!

To be honest, not a particular fan of the art style. It felt a bit... muddy? But that's just personal preference. Also, the health and portal bars feel a bit out of place. I think you should make them more pixelated to fit the style of the rest of the game.

Other than that, I like the concept. It just needs a bit more polish. Looking forward to future updates :)

You've made a really fun game! I tried to progress as far as I could; however, the portals would often glitch me into the floor with no way of getting out. Very fun mechanics though and solid aesthetic!

I really loved this game! when i got the portal ability, it was a bit vague how to use it to climb! when i used it, my jump became higher for some reason. I like the animations and sound effects are awesome kinda robotic, the music switch is cool. i faced one bug, i got stuck like this : 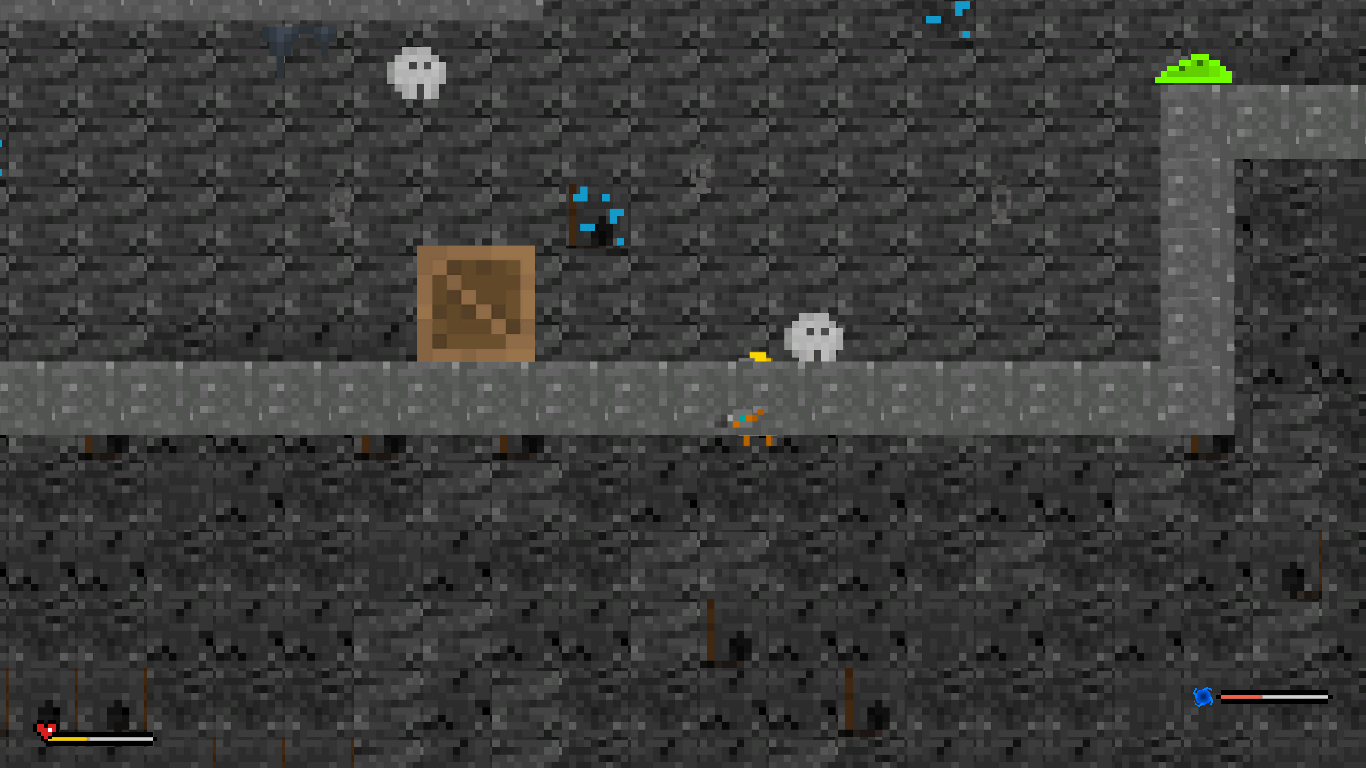 when i tried to open the portal a bit down the platformer. really cool game tho ! good job :)

That green monster with the shield is really tough xD

my only comment is to make it more clear how to use the portal and also when you can jump higher.

but overall a very nice game :)

it would be great if you can checkout our game and rate it :)

Thanks for playing our game. We are working on fixing this issue, gonna check out your game also.

Wooof, I fought that Robot thingy and was stuck at the deep pit. Other than that the game is pretty okay. Would say the teleportation is a little buggy and the resolution options should not be given in the game because the UI did not scale well at 1080p, which is why I could not see the prompt to press 1 to use the portals for a long time. Last one might be my fault a little bit, but work needs to be put it.

Work hard guys, you can DO IT!

Thankyou very much for taking your time in our game! Sorry to hear you ran into issues with portal, we have already planned to fix it in our next release after the jam! We are also working on scaling as well. Thankyou for bringing that up!!

ran into a few bugs but still enjoyed the game :D

Just so everyone knows, yes, we know the portal mechanic wasn't explained and was very buggy. We all are currently working on a new release of the game that fixes the bugs and actually explains how to use the portals. (Obviously we can't fix it for the jam)

Fun and all until I hit the portal.

Yeah the portals were the biggest issue. We are working on a new release of the game that fixes bugs with them, and explains how to use them since so many people had trouble with them.

I was enjoying the game, but it keeps crashing when I touch the blue portal... :(

I love the pixel art, the music / sound effects (especially the ones for the slime), and the overall atmosphere of the game. I also like the idea of having a drill and charging your shoot. Really well done all around, would love to see a bigger version!

Submitted
Into the Depths
LikeReply
mock-angelDeveloper1 year ago

I are sorry to hear about the crash. We are working on fixing it in the upcoming release after the jam round. Glad you enjoyed the game!

The gameplay itself was fun, but confusing. The sign next to the blue portal just repeated the controls to me, and I don't think I understood how the portal itself worked?
It seemed to teleport me the opposite way of where I was pointing my cursor, and then I got a massive jump boost for a few seconds.
The former effect caused me to fall outside the map, which I could reset by pressing "R", but that didn't seem to reset the enemies, so I couldn't retrieve the portal again, effectively soft-locking me.

The game's art style is very unique though, and I mean that in the best way possible. Together with the music and sounds, it seems just masterfully crafted.

Yep we are aware of the fact that one of the signs content is wrong, and is basically our fault as we added that in the last 2 hours and forgot to read our own writings! Most of the bugs are already fixed, and we are currently working on fixing the portal. Thankyou for trying our game out!!!

Loved the drilling animation! Loved the pixel art! Strong submission over all welldone!

Submitted
Treasure in a hole
LikeReply
mock-angelDeveloper1 year ago

It's quite an interesting game, the graphics are nice and consistent, the music fits very well, the game has good variety and interesting design.

However, I really disliked the way the shooting in this game.
When aiming, if I held the shooting button for too long, my character would do a melee attack, and it felt bald because to do a perfect shot I'd need to hold for exactly the right time, and if I accidentally take too long to release the button, I'll end up doing a melee attack having wasted time charging the shot for nothing.
Additionally, as I kept playing I got the feel that my character would interrupt charging a shot into a melee attack earlier and earlier during the charging process, to a point where I did not feel like I could rely on charging a shot anymore, and at some point the gun got stuck on the sprite where the blue shot is coming out of the gun, overall shooting felt very buggy and unpolished.

Enjoyed right click to aim more than I expected, favorite part was easily the sound design!

I really liked the shooting mechanics and the art and music, very good controls feels nice and smooth. NIce one :))

Submitted
Mole in a Hole
LikeReply
mock-angelDeveloper1 year ago

Thankyou! Glad you enjoyed it!

Nice game.. I felt hard to master the shoot mechanics.. But music and art is nice.

Thankyou for checking our game out! Yeah, you will have to hold down right click to stay in ranged mode, then left click and hold to charge. If you release the right mouse button then it switches back to melee. It's a new mechanic and we are working on it:)