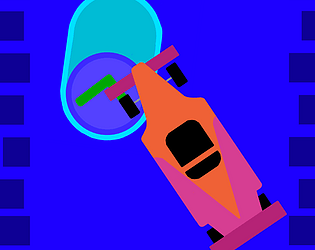 Submitted
Into the Blizzard
LikeReply
JokubasGDeveloper169 days ago

the introduction of the one way switch to this known puzzle was great. I had some enjoyable time playing.
However the stars position was a bit confusing : I would have expected the top one to be the high score ! And it was still possible to get the high score after doing a few mistakes . I might have been a design decision, however I would have had more incentive to play the game, if the high score required to make a perfect run

Very good puzzle game ! I really liked the ambiance you managed to make with the grainy visuals and the music !

Really engaging puzzle game and a cool interpretation of the theme. The Blue background was a little bright but nothing too crazy. Good Job!

Great puzzle game. I own a board game with the same principle (https://en.wikipedia.org/wiki/Ricochet_Robot), so you can imagine, I like the concept.

+ Mechanic is simple and can lead to a some complexity for your brain
+ Tutorial : I understood immediately what things does: car,wall,exit,one-way,teleport...
+ Level visuals

- Music does not fit the game
- Sound effect could be improve
- UI could definitely be improved, I think that was a problem of timeline.

That was a fun game to play. Well done !

Have you check https://notfrogga.itch.io/inuk, you share the same core concept but it leads to 2 different games.
It's very interesting !

Very good puzzle game! I really like the simple and easy to understand mechanic. The levels are so well design, fair and really challenging.

A neat sliding puzzle game that cleanly introduces how its mechanics work, keeping it engaging all the way to the end even if the presentation could be improved. I enjoyed completing it.

- My favorite part was how immediately it was understood/reinforced in the second level that the switches were one way, making the visual construction of the switch more clear. That was well designed. Same for the teleporter introduction.
I liked the construction of the puzzles and how they could use, and sometimes trap the player because of the 1 directional switches, that made for some more enjoyable/interesting solutions and steps.

- It would be nice if the background color of the switch was darker before it got 'activated' to make it even more clear it was on, and give you a better feeling of progression as you switched each on.
A simple addition that could liven up the later levels would be to make those teleporters spin.
It would also be nice to have your action count shown next to the restart level button.
Level 6 could have been more complicated, it felt a bit too easy/similar to level 5 in execution.
I'm not sure level 1 was necessary at all, having level 2 would have gotten the player to the 'aha this is how it works' moment with the switch faster. You're not really taught anything in level 1, more than the expected less actions = better score.

I loved how well you presented your game and great effort has been put into designing puzzles.  The game looked really clean and I enjoyed playing it. I feel like some improvement could be done to make art more appealing. Otherwise, it was really fun to solve the puzzles. Great work!!

Also, I'd really love it if you play and review my game. Thanks!

Howdy doo y'all, I'm BigMick22, and I would like to say that i find this quaint little game very cool. I think the concept, while not incredibly innovative, was very well executed and incredibly well presented. The music was the main drawback in that department, as I felt it became very repetitive. Overall, on the rotten eggs scale, I would have to place it at 7 rotten eggs out of 9 rotten eggs. Good job, and god bless.

Ohhhh smart! I liked the design for sure, well done on the puzzles, they were pretty cool to figure out!
The visuals were a bit bland to my taste, would have liked them to be a bit cleaner.
The music was absolutely mad, didn't think someone else liked dissonant soundtracks, kudos on that too!
Well done!

Nice game. I love the post processing effects. I would really love It if you would play my game.

Thank you, your game is great.

I really like this game! Great level design, clever puzzles, cool style and music. The only thing I can think of that you should improve is the start menu and the menus between levels. They look a little more like prototype menus instead of menus in a finished game.

Awesome! The puzzles are a bit hard at start, but after sometime playing you get it.